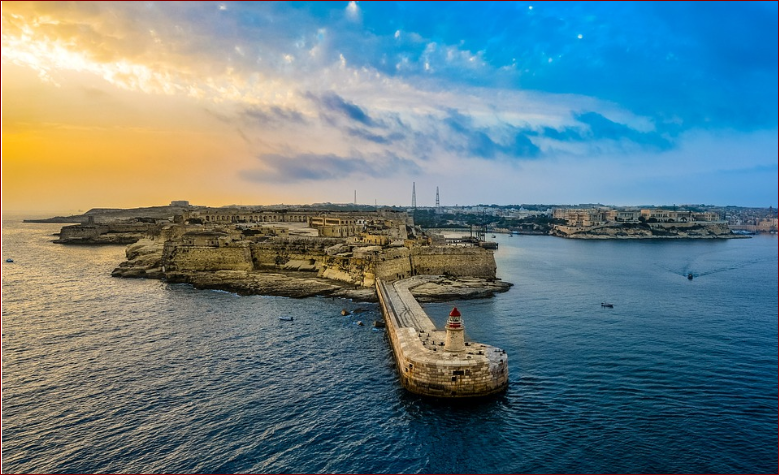 The Southern-European country of Malta sits on an archipelago in the Mediterranean Sea. It was known to the ancient Greeks and Romans as Melita, meaning the “island of honey”.

And once we took a closer look at this fascinating place, we discovered that a trip to Malta is still a sweet deal. So join us as we look at the top 7 reasons why you should visit Malta on your next vacation.

Naturally, the best way to reach this sweet spot is by water. The well-equipped Creek Marina offers berthing facilities that are sheltered and safe.

But you could just as easily fly here from virtually any European destination and then explore the area with a boat hire in Malta. And there’s so much to discover.

The capital city, Valletta, has two well-equipped harbors. And the city itself has a lot of historical places of interest. Dwejra Bay on the nearby island of Gozo is also a favorite destination for boating enthusiasts. While surfers, divers, and snorkellers usually favor the waters of Comini Island, in between Gozo and Malta.

All of Malta’s beaches are clean and beautiful. But for one of the best beaches in the Maltese archipelago, you simply must make your way by boat to nearby Comino Island.

The Blue Lagoon bay on the island is also the perfect spot for some swimming and snorkeling. The Maltese waters are generally warm and pleasant. And they appear to be warming up.

This is a result of climate change over the last few years. Don’t delay your trip to this beautiful country. Sadly, changes in sea level may impact the coastline in the near future, changing the landscape that has stood for centuries.

For such a small country, Malta sure has its fair share of ancient sites.

Ancient architectural wonders dating back to the time of the Knights of Saint John have been beautifully preserved. There are many examples of ancient architecture throughout Malta. And also some truly ancient sites.

One of the best known is the Ħal Saflieni. This maze of underground burial chambers dates back to 3600 BC- 2500 BC. And on the nearby island of Gozo, the magnificent Ġgantija Temples are older than the pyramids in Egypt and the UK’s Stonehenge!

What’s a vacation without good food? Maltese cuisine is a fusion of Italian, Spanish, and French influences. It relies heavily on locally sourced produce. A must-try Maltese dish is Timpana, a type of macaroni and cheese casserole enclosed within a crispy pastry shell.

Maltese cuisine does not typically include many sweet treats, and most available here are borrowed from other cuisines. Traditional dishes are usually served with fruit as an accompaniment.

However, there are a few delights in store for visitors with a sweet tooth. Maltese bread pudding, nougat, halwa, and kannoli are the most common sweet treats you’ll encounter.

But Malta isn’t all about historical sites and traditional dishes, There’s loads of fun to be had here. And the whole family will love a visit to the Popeye Village.

Created as a film set for the 1980 movie, Popeye, this remains an attraction to this day. This village, complete with rustic wooden houses, has been preserved and converted into an amusement park.

Admission prices vary, and there are also guided tours available. But it’s guaranteed to be a fun outing for kids and adults alike, so be sure you don’t miss out.

This is due to the epic scenery, which translates well to movies and series set in days gone by. Productions that included scenes filmed in Malta, including Game of Thrones, Gladiator, Troy, and The Da Vinci Code, to name only a few.

Naturally, this has given tourism in Malta a great boost. There are even a few tours that will pinpoint the locations featured in these popular movies.

Malta also has 3 UNESCO heritage sites that you can explore. These are the City of Valletta, the Megalithic Temples, and the Ħal Saflieni Hypogeum.

The temples and monuments found here are of great historical value. But Malta’s, the Ghar Dalam, a site rich in fossil finds, is by far the oldest historic site on Malta. Evidence of human presence on the island 7,400 years ago, was discovered here.

But Ghar Dalam also has ecological value, as it forms part of the Special Areas of Conservation (SAC) of International Importance. A visit here will offer you a chance to see a special garden planted with all the indigenous flora.