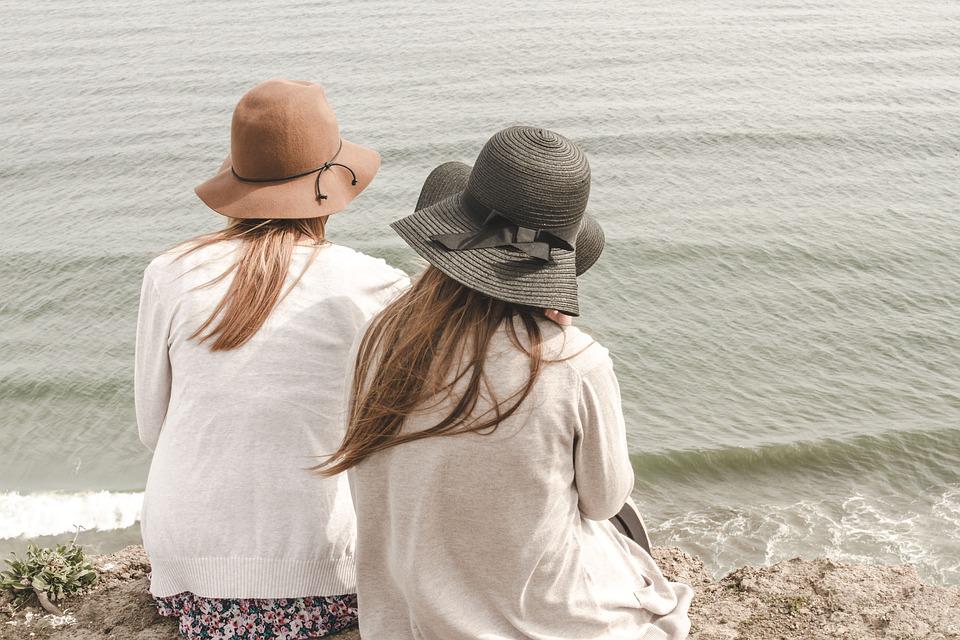 Hormone replacement should be offered during menopause, experts say, but lack of knowledge about HRT is leaving women suffering

Periods are a pain in the crotch but once they stop, it is no bed of roses. Mood changes, brain fog, hot flushes, chills and sleep problems are among the symptoms experienced by some women going through menopause.

In addition, organs and various biological functions start to deteriorate with menopause, which is why a lot of women end up being plagued with arteriosclerosis, osteoporosis or even Alzheimer’s.

These degenerative processes can be postponed by replacing the hormones with hormone replacement therapy (HRT) – mainly oestrogen – which the body of menopausal women stops producing at the same levels.

Kathy Kattashis, among the small percentage of menopausal women who are going through the treatment in Cyprus, said she had trouble finding a gynaecologist to prescribe HRT.

Months after giving birth to her son in 2018, Kathy, now at 41, says she was bewildered when she started finding it hard to focus on work and being extremely irritable. Her doctor was blaming the absence of her period to the pregnancy and the fact she was breastfeeding before a private endocrinologist confirmed her concerns and diagnosed her with menopause.

“It was extremely difficult to diagnose me as I had just given birth. My former gynaecologist was telling me ‘there is no way you are going through menopause’.”

She described the experience “as traumatic”.

Usually, periods stop when women are in their early 50s, although some might reach menopause in their late 30s or much later in their 60s. Generally, it happens around the same age as their mothers.

Kathy, who started having symptoms at 40, tried to reach out to others going through a similar experience, “but there wasn’t anyone who wanted to come in touch with me” she said.

This is why she created a social media page last year, to find a community of women going through menopause in Cyprus. Then, a few women contacted her, she said, but only through private messages.

Since starting HRT, most of Kathy’s physical and mental symptoms have subsided. “I am much better, I don’t have hot flushes, I have more self-confidence [and] I exercise more,” she said.

“HRT is vital for all women, provided they are not of high risk for breast cancer or have a history of thrombosis,” Dr Vasilios Tanos, professor in obstetrics and gynaecology told the Sunday Mail.

According to Britain’s NHS, HRT may also not be suitable for women with a history of ovarian and womb cancer, those suffering from untreated high blood pressure or liver disease.

But for those who can have it, the treatment should ideally start within six months after symptoms appear, but can be taken within two years. It Is safe to take for up to five years while after seven years of HRT risks increase and up to 10 the risk for breast cancer doubles.

In Cyprus, women who are taking HRT only have two options, which is “near to zero” Tanos said, as there are over 50 different ways of taking the treatment available, such as creams and gels.

But local health authorities only provide for either one type of oestrogen pill or patches.

“Those are partially covered by Gesy, and there is an issue with the prescriptions,” said the doctor. “Unfortunately, at a global level, health care plans do not usually include preventive medicine.”

It is no surprise that the stigma surrounding women’s biology keeps people from talking about it, especially in a small island like Cyprus. This inevitably leads to misinformation.

However, this might be about to change as recently, more women going through these changes seek answers and treatment.

Launched about a month ago, menopause support Cyprus is another attempt by a woman to inform others and share details about the available solutions. The page, set up as a resource for women to access material already available online, was designed and created by Thalia Kyrris Iacovou.

The idea originated following countless discussions with her friends, who are also going through menopause, and said “had no response” from their gynaecologists.

“We help each other like a small community, we need the support,” Thalia said, adding that HRT “is the most important thing of all”.

This is because the closer women are to menopause, the less oestrogen their ovaries produce.

Studies have shown that menopause can even lead to the formation of amyloid plaques or Alzheimer’s plaques in the brain which are a hallmark for Alzheimer’s, a disease disproportionally affecting women, neuroscientist Lisa Mosconi says. Speaking during a Ted talk in 2019, she explained the brain energy levels decrease in women after menopause which “in general, doesn’t happen to men of the same age”.

The degeneration of the brain can lead to memory loss, disorientation, lack of concentration, irritability, permanent fatigue and insomnia. As if that was not enough, arteriosclerosis is accelerated, osteopenia begins and quickly leads to osteoporosis, the thyroid gland becomes underactive and gradually leads to hypothyroidism while the urinary system is vulnerable to infections or even prolapse, the doctor said.

According to Thalia, gynaecologists “don’t help, because they don’t know how”, hence this is also a call to action for gynaecologists to support women more on the issue. “My vision would be to establish a women’s centre, with endocrinologists, gynaecologists, therapists and even a dietician,” Thalia added.

Tanos agrees, admitting that not all gynaecologists have the necessary training, which could lead to issues if they attempt to prescribe HRT.

“If they don’t take their blood pressure and the woman has hypertension, then the treatment might harm her. It is important for doctors to know the object in depth,” he said.

The overall mindset of Cypriot society might also be at fault for failing to prescribe HRT, the professor said. “We tend to be superficial; we won’t look things up or really study something. Some women may even see it as their nature, and that they have to suffer.”

Although, the main reason appears to be two landmark studies published in the early 2000s by the woman’s health initiative (WHI) which suggested taking oestrogen with progestin increased a woman’s risk of heart disease, breast cancer and stroke.

This was later debunked by a series of other studies that explored the faults of WHI’s methodology. However this cast a shadow over HRT and created confusion among health professionals who used to prescribe it.

“Now, its use has started increasing again but the bad reputation persists,” Tanos said.