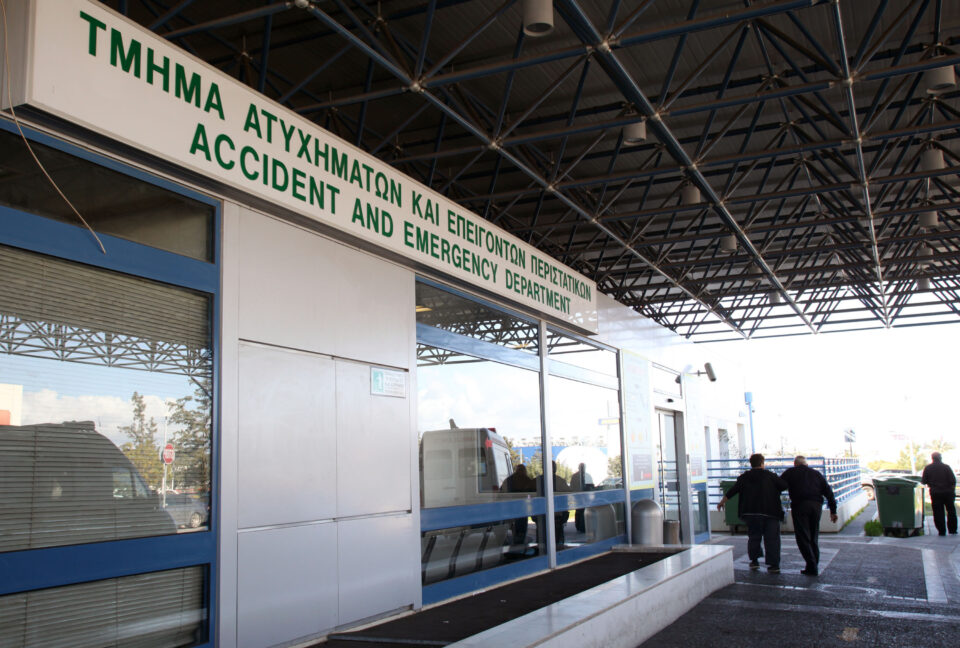 The state health services organisation (Okypy) on Monday said that the planned work stoppage at state hospital A&E departments is at the detriment of the public and undermines the organisation’s work.

Okypy was responding to an announcement earlier in the day by state doctors’ union Pasyki saying that all A&E departments at state hospitals will be staging a work stoppage between 9am and 12pm on Tuesday, to protest staff shortages.

“We have raised the issues faced by state hospital A&E departments many times in the past, with first and foremost being the serious issue of understaffing, especially in the last three months,” the union wrote in a statement.

“It is now impossible to safely operate A&E departments with the current understaffing and the extra workload imposed by Covid”.

The union claimed that A&E doctors were forced to work above and beyond their normal work hours, in most cases up to 12 or 18 hours a day without a day of rest.

It also said that during the three-hour strike, attention would only be given to patients in a serious condition.

Okypy stressed that A&E departments at its hospitals will continue to operate following a special plan during the work stoppage on Tuesday, to serve the public as best they can.

The organisation acknowledged that the pandemic has increased the workload of medical staff, and that “our doctors are doing their best,” adding however that all A&E departments and hospital wards are adequately staffed.

“During leave periods, especially in the summer months, all necessary arrangements are made to ensure that on the one hand all staff get the holidays they are entitled to, and on the other hand, the smooth running of state hospitals”.

The statement finally said that Okypy’s board took specific measures to upgrade all A&E departments which are being implemented with the aim of continuously improving the services they offer.

On Monday, Akel issued an announcement condemning the situation at the Famagusta general hospital while also sending a delegation, which included party deputies, to meet with the hospital’s personnel and patients.

“The current situation and Okypy’s apathy have brought the problem to an impasse as the tourist season has started and hospitals, but especially, emergency departments, will be unable to cope with the increased demand for care,” Akel’s announcement reads.

“We once again call the government and Okypy to staff the Famagusta general hospital, stop operating with emergency personnel and be able to serve the public,” the announcement concluded.

Graduates look back on school life