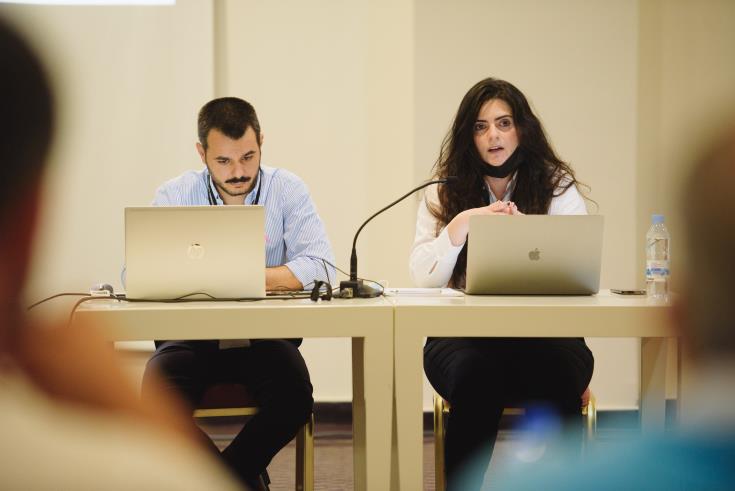 Nine out of 10 women in Cyprus have gambled at least once in their lives, while the most important motivations for their participation seem to be fun and financial gain, according to the findings of research on women’s relationship with gambling.

The aim of the research by IMR / University of Nicosia on behalf of the National Betting Authority (EAS) was to record the degree of engagement, perceptions and habits of women regarding betting and games of chance.

According to a press release, the findings of the research “demonstrate high participation of Cypriot women in games of chance”.

The most important motivations for their participation in games of chance seem to be fun (56%) and obtaining monetary gain (45%). In contrast, 12 percent of women have never gambled, the report said. “As the main reasons for not participating in games of chance, they state the lack of interest (41%), but also the belief that it is a waste of time and money (41%),” it added.

“Female players have almost universally bought scratch cards (94%) and lottery tickets (93%), emerging as the most popular games of chance among women,” the survey found.

The findings show that three out of 10 female players admit to having people in their lives who have (or have had) a gambling problem.

“Only 1 percent of all women appear to be potential pathological gamblers, while the percentage of female gamers with symptoms of possible pathological behaviour is 21 percent,” the press release states.

Additionally, 2 percent of female players said they felt the need to stop gambling, “but didn’t think they could do it.”

According to the press release, EAS has evaluated the findings of the research and is in the process of formulating targeted information, awareness and prevention programs and actions to reduce the harmful consequences of women’s involvement in betting and gambling.

The survey was conducted by IMR / University of Nicosia on a representative sample of 1000 women over 18 years of age, from urban and rural areas throughout Cyprus.

Speaking at the press conference for the presentation of the results, the president of the National Betting Authority, Ioanna Fiakkou, announced the launch of the second island-wide prevalence survey on the profile and characteristics of Cypriots’ involvement in betting and gambling .

Fiakkou explained that the main objectives of the research are, among other things, to record the degree of participation of Cypriots in gambling, to determine the percentage of problematic involvement in society, to study the social and demographic characteristics of the players, the frequency with which gamble, their budget and actual costs of participation as well as the public’s knowledge of legal and illegal gambling.

“The findings of the research are considered extremely important as they will contribute to the implementation of the Safe Play Strategy,” she said. Specifically, they will contribute to the development of documented and effective programmes, policies and initiatives that strengthen safety and public health, thus implementing one of the main priorities of the strategy.

The research will be carried out by the IMR & GREO consortium. It will have a sample of 3000 people, all over Cyprus, while its results are expected in February 2023.

Fiakkou appealed to the public to contribute to the effort to implement the research which, as she said, is of major importance for the formulation of prevention programmes and policies.