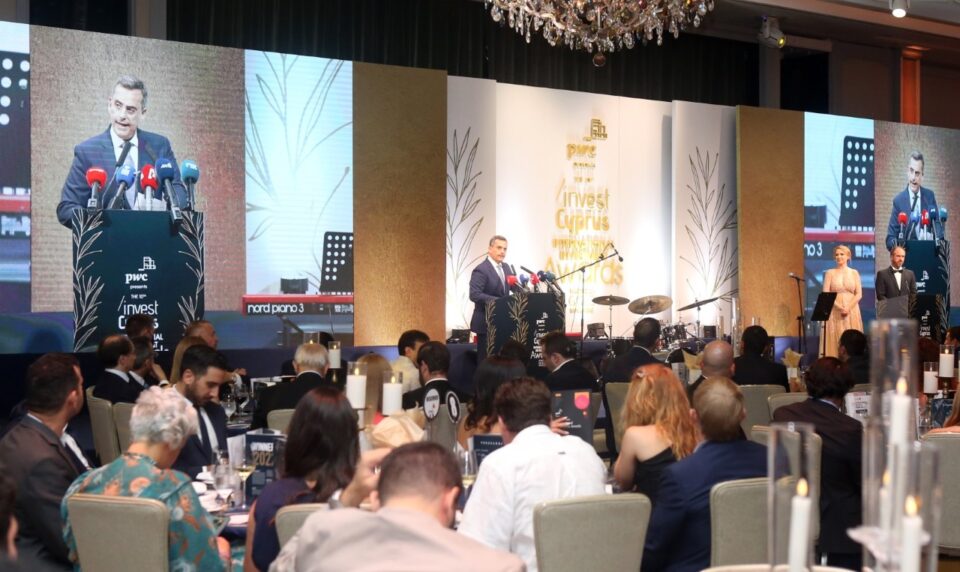 The Deputy Ministry for Research, Innovation and Digital Policy on Tuesday announced that minister Kyriacos Kokkinos is taking part in the 26th Annual Economist Government Roundtable, which is taking place between July 5-7.

During his time at the conference, the minister will take part in a roundtable discussion titled ‘Digital transformations in the pipeline’.

The roundtable discussion will also include the Greek Minister of Digital Governance Leonidas Christopoulos, as well as senior fellow at the Institute of Biomedical Ethics at the University of Zurich Effy Vagena.

Moreover, the roundtable participants will engage with stakeholders of the international business community on a number of topics, including international trends, as well as risks and challenges pertaining to the digital transition.

Finally, Kokkinos will also hold bilateral talks with foreign counterparts, as well as other state officials and business community representatives.

The event took place on Friday, July 1, at the Parklane Hotel in Limassol.

“The event rewarded foreign investors who entrusted our country as an ideal location in developing their business case for investment in Cyprus,” the agency said.

“Important business figures, as well as members of the political and state leadership of the country, participated in the prestigious event, which was held under the auspices of the President of the Republic,” it added.

Moreover, Invest Cyprus said that the impact of foreign investments is of pivotal importance for the sustainable development of the Cypriot economy.

“At Invest Cyprus, we are confident that, in line with the Vision Cyprus 2035, the international business clusters will continue to grow in the years to come, adding more niche areas, contributing to several economic sectors and enhancing the investability of greenfield projects,” Invest Cyprus chairman Evgenios Evgeniou said.

Evgeniou also reiterated that Invest Cyprus, with the support of the Ministry of Finance and in cooperation with all the ministries, will bolster its promotional activities and actions abroad in order to attract foreign direct investment to Cyprus.

The Cyprus Marine Club, a non-profit organisation that engages with numerous maritime industry stakeholders, on Tuesday announced that it has elected its new board for the coming year.

The elections, which took place during the club’s annual general meeting on Friday, July 1, saw the reelection of incumbent president Captain Eberhard Koch.

“It is with great pleasure that I address you for the 6th time with my speech as President of the Cyprus Marine Club, a position I gratefully have been elected to since 2018,” Koch said.

“To welcome the happy faces at our events and representing the Club is an honour that gives me a lot of personal attainment,” he added.

Koch acknowledged the current set of difficulties that Europe is facing, including the ongoing Covid-19 pandemic, as well as the war in Ukraine.

However, he said that he looked at things optimistically, noting that he hopes that “as with all difficult challenges, we will be able later this year to embrace the future with a positive outlook”.

Furthermore, Koch thanked both the members and board members of the club for their support over the past two years.

“By all accounts, despite the mentioned challenges, last year was a very successful one for the club,” Koch said.

“This would not be possible without the hard work and perseverance of the board and the volunteers, all of whom have contributed their time and skills to improve and sustain our club,” he added.

“As a non-profit organisation, our goal is to provide a value-added event that is affordable for members while maintaining the financial strength, and flexibility of the CMC,” he concluded.

The general Cyprus Stock Market Index was at 67.30 points at 13:33 during the day, reflecting a drop of 0.5 per cent over the previous day of trading.

In terms of the sub-indexes, the main and alternative indexes fell by 0.47 per cent and 0.35 per cent respectively.

The investment firm index rose by 5.56 per cent, while the hotel index remained stable.