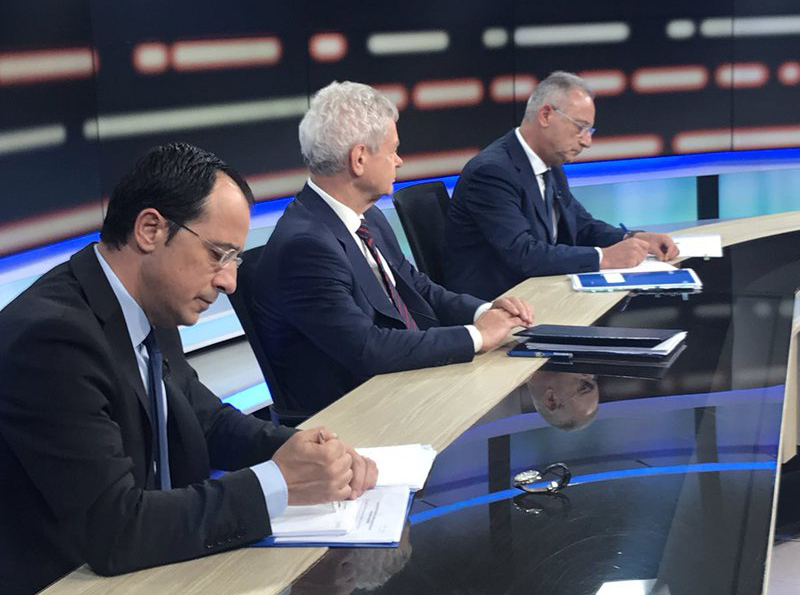 While it would have been practically impossible to have a television debate featuring all 12 candidates, Thursday’s show highlighted the tendency to create a two-tier system of presidential candidates – those backed by the big parties, despite two of them claiming independence, and the rest.

This discrimination was also evident in the justice ministry decision to provide 24/7 police protection to Mavroyiannis and Christodoulides. By what logic had the ministry decided that only these two needed bodyguards?  The message was that they were the only serious candidates and, as such, were entitled to police protection, while the rest were just bit-players making up the numbers.

There is no doubt that the number of candidates – 12 at the last count – poses a problem for broadcasters wanting to stage debates. Having more than four in the studio at once would be difficult to manage, so, inevitably, TV bosses have to make choices about whom to invite together and when.

Private stations could do whatever they like, but the state broadcaster needs to ensure some form of equal treatment. Why, for instance, had it invited Mavroyiannis and Christodoulides, both of whom insist they are independents, ahead of the other independents? What were its criteria for making this choice? Is it not early days yet for CyBC to invite front-runners in opinion polls?

Even assuming Thursday night’s three were the party candidates, why had Elam’s candidate not been invited, for the sake of consistency? Meanwhile, true independents, by being preventing from appearing in debates with the so-called main candidates, are deprived of the opportunity to challenge and question them.

For the voters, it could be very enlightening to see Demetriades, Christofides, Eliades, Protopapas etc debating with the ‘first division’ candidates. In fact, they would ask them tougher, more searching questions than the journalists hosting the debate, because they have a real incentive to do so.

Then again, Thursday night’s show had the evening’s highest ratings, which suggests these were the candidates people wanted to see.

Artificial nests a hit with owls