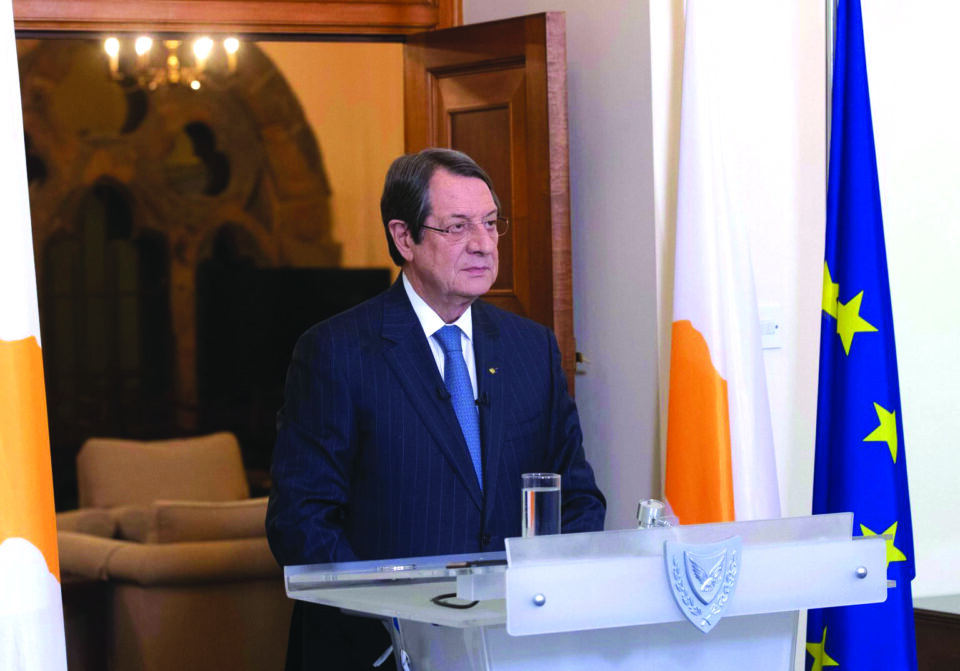 Given a continuation of government policies based on property development, mass tourism and consumption and an increasingly regressive tax system many households will descend into poverty

Labour, particularly private sector employees, and the young generation have suffered badly under the government regime of President Anastasiades. While the president and his ministers applaud low rates of unemployment and GDP growth, employees since 2012 have taken much lower shares of GDP, experienced falls in their real wages, and have paid disproportionately greater amounts in taxes. Although Eurostat data reveals that household income inequality in Cyprus between 2012 and 2020 declined, labour market developments indicate a substantial widening in the large gap between the incomes of lower-paid private sector employees and the higher-paid government employees as well as wide and increasing inequalities between the younger and older generations.

Approximate estimates indicate that the average monthly compensation of private sector employees excluding those in the financial sector fell by over 3 per cent from 2012 to 2021 to around €1,750. In sharp contrast, since 2012 the monthly compensation of government employees has risen by nearly 6 per cent to an average of around €3,400 in 2021, that is to almost twice that of private sector employees. Moreover, with the consumer price index recording an increase of 7.9 per cent between February 2013 and June 2022 it is estimated that real wages for most workers in the private sector have fallen steeply during the Anastasiades regime.

More recently in response to soaring prices and union pressures salaries of government and bank employees can be expected to rise by at least 7 per cent in 2022, while employers of most private sector employees contend that because of surging costs they cannot afford to raise wages and have called on the government to provide assistance. In consequence, the huge discrepancy between compensation of government and most private sector employees is being further widened.

Among the private sector employees suffering the most are many younger persons, who despite their greater educational qualifications, remain unemployed and/or are underemployed with poorly paid jobs. Eurostat figures show the youth unemployment rate in Cyprus at 16 per cent, with many persons reluctant to take on and/or remain in lowly paid jobs with harsh work conditions, that apply particularly for work in the hospitality (including tourism), retail and healthcare sectors.

And intergenerational inequalities are magnified by the facts that the richer older generation are to a much larger extent property owners whereas the poorer younger generation are mainly paying rent or being forced to live with their parents. With their low incomes and inability to accumulate savings partly because of virtually zero deposit rates, a large number of young people are unable to get on the property ladder and/or afford decent housing accommodation. Furthermore, with an increasingly regressive tax system highlighted by extremely low taxes on property and mounting reliance on VAT and excise duties as well as the obligation of making future government debt repayments, the youth of Cyprus will have to shoulder an increasing proportion of the economy’s taxes.

Given a continuation of government policies characterised by the promotion of property development, mass tourism and consumption and an increasingly regressive tax system many households dependent on private sector incomes will descend into poverty, while a mounting number of the youth of Cyprus will find it increasingly difficult to afford a decent standard of living and raise a family.

In the short to medium-term there should be a major overhaul of government policies involving among other things a substantial redistribution of income and wealth.

Wages: Private sector incomes for lower-paid workers need to be raised through the introduction of a minimum wage to a level of 50 to 60 per cent of the median wage of €1,727 calculated and recommended by the EU, that is a monthly wage of around €950. Employers have argued for a lower minimum wage of some €800 to €850 to be paid to a limited group of employees not covered by collective agreements on the grounds that they cannot afford to comply with the minimum wage recommendations of the EU. However, a large number of employers have been able to protect their profits against rising costs by boosting prices and surely they can in most cases afford to raise the wages of their lower-paid employees to levels in line with EU recommendations, even if it means more modest increases in wages for higher-paid employees. Notwithstanding, in cases where it is clear that employers, such as certain farmers, cannot afford to pay higher wages, the government should step in and subsidise increases in the remuneration of lower-paid employees for a short period.

Social transfers:  Apart from the incomes of employees and employers, many households depend, some entirely, on the receipt of social transfers including pensions to support a decent standard of living. Eurostat estimates show that social transfers increased the median equivalised disposable incomes (at PPP) per Cyprus inhabitant by €3,427 or 23 per cent to €18,305 in 2020. A large part of this contribution to household incomes was in the form of pensions rather than in other social transfers such as assistance and benefits to vulnerable groups, indicating that the latter, as in Greece, are quite low relative to such transfers in the more advanced European countries like Germany. Furthermore, with the accelerating rise in the cost of living over the last 12 months there is a more compelling case for substantially boosting the level of transfers to households. Even the 4.3 per cent increase promised to pensioners is grossly inadequate.

Taxation: As outlined in previous articles the increasingly regressive and narrow-based tax system of Cyprus does not enable the government to generate enough revenue to finance adequate social transfer payments and productive development expenditures as well as its bloated wage bill. Furthermore, the regressive tax system together with large-scale tax evasion, especially by wealthier property owners, not only depletes government revenues, but with persons earning lower incomes mainly paying taxes through VAT and excises on higher-priced items such as petroleum, inequalities adversely affecting these individuals including many youths are accentuated.

Thus, there needs to be a substantial reform of the tax system, by making the scheme of income taxes more progressive and broadening the tax base through the institution of a progressive immovable property tax on 2021 valuations, accompanied by serious efforts to combat tax evasion and avoidance through an overhaul of the grossly inefficient and corrupt tax administration.

Decent jobs: While a substantial boost in tax revenues and their redistribution to households and businesses via greater social transfers and subsidies is needed at present to help protect living standards and counter widening inequalities the best way over the medium to long-term to address these problems would be to effectively implement a development model directed toward creating decent jobs, particularly for the younger generation. Indeed, it will be paramount for the new government administration resulting from the forthcoming presidential election to design such a model and ensure its efficient execution utilising fully the talented human resources of Cyprus.