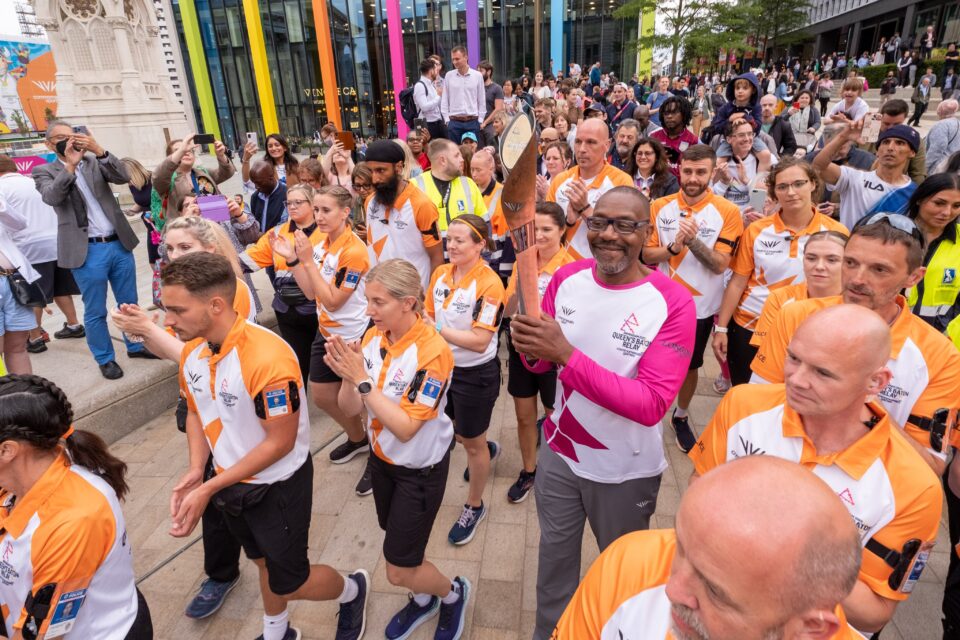 The Queen's Baton Relay reached Victoria Square, in Birmingham after a 294 day journey to 72 nations

More than a billion people are expected to watch the Commonwealth Games opening ceremony on Thursday, organisers say, and over 1.25 million tickets have been sold for the July 28-Aug. 8 multi-sport competition.

At a cost of around $1 billion that is not bad bang for your buck, especially when compared to top-tier extravaganzas like an Olympics which could cost a host city between $15 billion (2021 Tokyo Summer Games) to $51 billion (2014 Sochi Winter Games).

Birmingham’s ticket sales and viewership expectations may impress but when it comes to finding a host the “Friendly Games” has been a hard sell for the Commonwealth Games Federation (CGF).

Britain’s second city came to the CGF’s rescue in 2017, stepping in as 2022 organisers after Durban, South Africa was stripped of the event for failing to deliver on promises made in its bid.

The search for a home for the 2026 Games was no less fraught, Victoria, Australia finally handed hosting duties in April three years after a decision was to be announced as bid-after-bid got cold feet and dropped out of the running.

Only once since 1998 (Delhi 2010) have the Games not been staged in Australia or Britain.

“I had no idea of the size and scale of this,” said Birmingham 2022 chair John Crabtree, during the CGF congress on Tuesday. “A thousand days became a 1,000 days of sleepless nights.

“Whenever people asked ‘How is the preparation going?’ I would say – with hands behind my back and fingers crossed – ‘We will be on time and on budget’.

“And here we are – we are on time, on budget and we are ready for you.”

Held every four years, the Commonwealth Games were once seen as a major event on the sporting calendar but recently have struggled to retain relevance for both athletes and the general public.

The Birmingham Games will receive wide coverage in Britain with the BBC carrying many events live while Australian media is giving it the full Olympic treatment, News Corp Australia alone sending a team of 17 reporters.

But Canada, hosts of the first Commonwealth Games in 1930, will not have a single reporter from the national wire service Canadian Press in Birmingham while national broadcaster CBC will provide coverage mostly through its streaming service.

No longer is a Commonwealth Games medal a must-have on an athlete’s CV.

For elite swimmers and track and field athletes the world championships was the main target this summer.

Still, more than 5,000 athletes representing 72 nations and territories will be in Britain’s West Midlands to compete in 19 sports and 280 medal events.

While many competitions lack depth there will be no shortage of marquee names, particularly in the pool with Australian Olympic champions Ariarne Titmus and Emma McKeon and England Adam Peaty in action.

South African Chad le Clos needs only one more medal to share the title of most decorated Commonwealth Games athlete of all-time with 18.

Women’s T20 cricket makes its Games debut in Birmingham and could provide one of the highlights with bitter rivals Pakistan taking on India in a group-stage clash.

The battle for top spot on the medal table is once again expected to be a showdown between Australia and England.

Four years ago in the Gold Coast, Australia topped the standings for the fourth time in the past five Commonwealth Games by winning 80 gold medals.

The Australians signalled they will be looking for no less in Birmingham, bringing their second largest team ever of 433 athletes to the event.