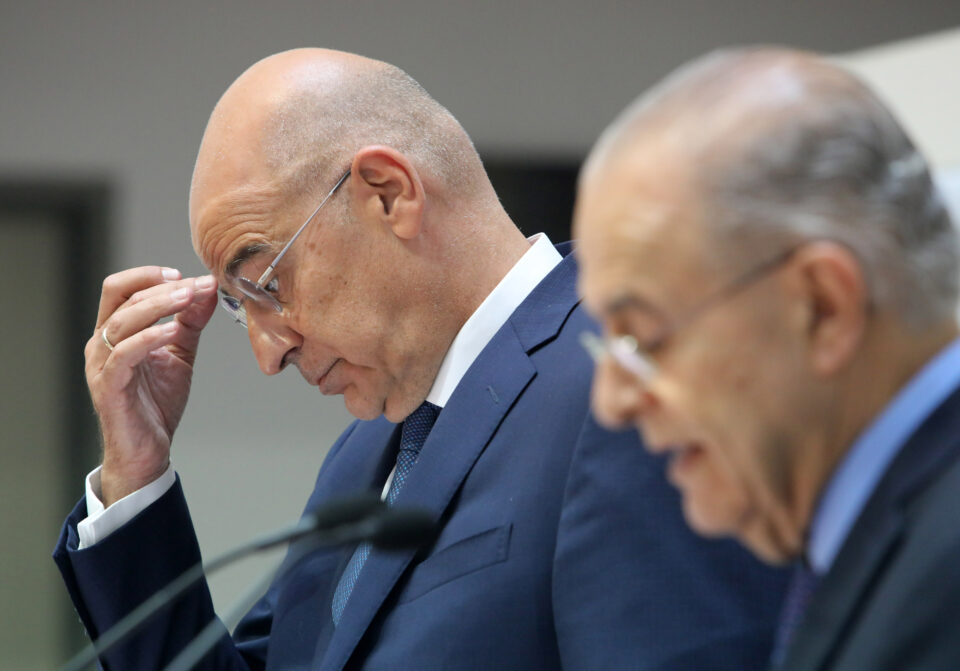 Greece and Cyprus accused rival Turkey on Thursday of stoking tensions as Ankara prepared to dispatch a drill ship to the Mediterranean next month in a search for natural gas.

Relations between Athens and Ankara are strained over a raft of issues ranging from overflights to disputed waters and competing claims over offshore waters believed to contain large quantities of natural gas.

Turkey is set to send a drillship, the Abdulhamit Khan, into the Mediterranean in early August in search of gas.

“We expect it to come,” Cypriot Foreign Minister Ioannis Kasoulides told journalists after meeting his Greek counterpart Nikos Dendias in Nicosia. “We discussed (taking) certain actions in the hope that this would avert the creation of any tensions in our exclusive economic zone.” Kasoulidis said that there were six potential points where illegal drilling could take place, noting that these points were  not limited to Cyprus’ EEZ.

Nicosia would act in concert with Greece and with its EU partners on the best course of action, Kasoulides said.

There was, he said, a “crescendo of harsh and provocative rhetoric” from Ankara, adding: “We are keeping the tone down.”

“We are always in constant and close coordination,” added Dendias, especially under the threat of an attempt to create new facilities both on land and at sea, despite international law and despite the law of the sea”.

“I remind you that the relevant EU decisions are valid and we expect Turkey to comply with these decisions,” he added.

Both Kasoulides and Dendias compared events in Cyprus to Russia’s invasion of Ukraine, but Dendias said the comparison ended there.

“Forty-eight years ago the international community did not respond to the invasion in Cyprus in the way it should have,” said Dendias. “And we have to remind all that the invasion of Ukraine is not the only case of invasion in Europe.”

Kasoulides emphasised the continuous violations of international law and UN resolutions as well as Turkey’s ongoing tactics designed to create a difficult environment.

“We are watching Turkey’s interventions a crescendo of provocative rhetoric, constant threats, a tough public debate on foreign policy issues,” he said.

In relation to the Cyprus issue, Kasoulides said that despite the efforts of the president to promote specific confidence-building measures (CBMs) that were intended to create a climate of trust, the Turkish side proceeded to reject them, proposing a two-state solution.

“The goal was and remains the resolution of the Cyprus issue, on the agreed basis of the bi-zonal bi-communal federation, in accordance with the resolutions of the UN Security Council,” he said.

Earlier on Thursday, Dendias met President Nicos Anastasiades at the presidential palace in Nicosia after which the president tweeted:  “Cyprus and Greece insist on respect of international law”, adding it is an “essential pillar to ensure peace and security in the region.”

The two, he said, “examined the actions necessary to manage the Turkish revisionism in Cyprus and the Aegean”.

Ukraine war will not be free pass for drug cheats, says WADA boss