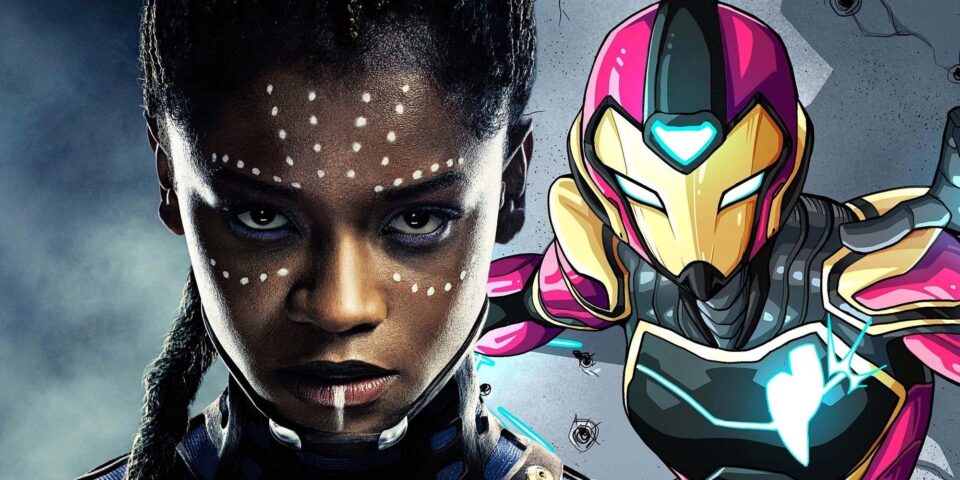 Fans of the universe can thrill at upcoming films and series, but CONSTANTINOS PSILLIDES asks how fairly are those behind them being treated

Marvel boss Kevin Feige had a very busy weekend. The man who saved Marvel and launched a multi-billion franchise that will keep churning out movies until the sun flickers out and dies (probably called Avengers: Seriously You Need a Title?, the 9,843,756th Marvel movie), was awaited enthusiastically by thousands of fans who camped outside the San Diego ComicCon hall for the latest MCU presentation.

The Marvel Cinematic Universe boss laid out his plans for world domination, oops I mean for the future of the MCU, unveiling a movie and series slate for up to 2025 and beyond, with no less than 18 movies and series hitting screens both big and small.

The menu had everything; from the introduction of new characters such as Ironheart, the younger and female version of Iron Man to the reboot of the legendary Blade trilogy with Mahershala Ali as the eponymous vampire hunter. Let’s just take a moment here to appreciate Wesley Snipes, the original Blade, who got so drunk on power during the third movie that he refused to answer to anything but Blade and communicated with the director and crew only by using post-its signed as Blade. Sure, it doesn’t have anything to do with the story but it’s hilarious. You should listen to Patton Oswalt talk about it!

The future of the MCU also includes two new Avengers movies and even the much-rumored Fantastic Four. John Krasinski played Mr Fantastic in Doctor Strange and the Multiverse of Madness and fans went wild but he couldn’t confirm he would be the one playing the character. Odds for that are not great: Marvel drafts years-long contracts with its stars, requiring them to do extensive press tours and be available for re-shoots at a moment’s notice. Krasinski is a huge star in his own right and being trapped in a Marvel contract is probably not high up on his list.

Sporting his signature baseball cap, Feige finished his presentation to thunderous applause. The immediate future of the cash behemoth called the MCU appears to be secure, the money printing machine oiled up and ready to get to work. Everyone, from fans to corporate Disney executives, was happy.

See, while MCU Phases 5 and 6 captured the public’s interest, a series of other stories hit the media. These didn’t have superheroes, dimension-warping antagonists and hideous monsters. They did have a villain though. That villain? Marvel.

Several VFX artists came forward recanting atrocious stories of how Marvel mistreats VFX studios and employees. Marvel, at this point almost a monopoly in blockbuster hits, makes incredible demands from VFX studios resulting in people working 64-hour weeks, often breaking down and crying at work, unable to handle the pressure. According to one story, Marvel demands constant re-works on movies in post-production, even changing the whole third act of a film mere weeks from launch. The usually inexperienced directors called upon to work on Marvel movies tend to demand final shots for their movies unable to visualise the final product from ‘in-progress’ shots. Let me put that in context: it’s like writing a book and your editor wanting to see the whole manuscript every time because he doesn’t understand what a summary is.

Did the VFX studio protest? Well, some of them did, yeah. Apparently, there are employers out there who do not consider employee torture an acceptable practice. But integrity comes at a price: Marvel immediately blacklists studios who do not toe the line and refuses to work with them again. When it has a monopoly in the industry, not working with Marvel is a death sentence for studios. Feige knows his power and he wields it like Thor on a murder rampage.

We love Marvel movies but at some point we just cannot ignore what’s happening around us and the devastating effect the Marvel monopoly has on the industry and its people. Separating the artist from the work is hard (I get panic attacks whenever Michael Jackson comes on the radio) but people need to take action. If we base our purchasing habits on which companies support and promote sustainability, we can surely base our viewing habits on which studio treats employees like slaves.

It’s painful to say but after what we now know, watching Marvel movies is like spitting in the faces of these overworked, underpaid VFX artists. Let’s send Marvel and Disney a message, that employee abuse is not tolerated.

Reggae at The Yurts