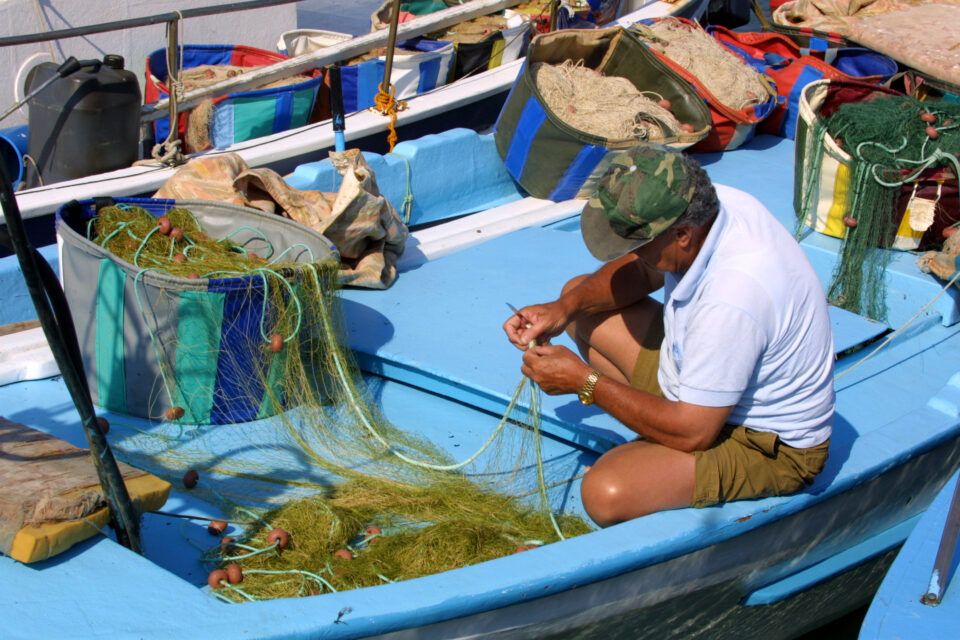 The cost of fuel has added to the fishermen's woes

Professional fishermen in Paphos have been insistently calling for a new port to dock their boats, the head of the town’s fishermen’s association Leonidas Leonidou said after repeated complaints from his members about lack of space and security issues.

The Paphos district counts around 100 professional fishermen, all registered with the association, Leonidou told the Sunday Mail.

Of those, 60 are actively operating within the town’s municipality and use the Ayios Georgios port as their reference port. The remaining fishermen mostly operate in Polis Chrysochous.

“The issues faced by fishermen date back a long time,” Leonidou said.

“However, our long-standing complaints are constantly being overlooked. Over the years we have been told to contact in turn the Paphos municipality, the Ports Authority and even the antiquities department.”

Leonidou further lamented that professional fishermen have been facing multiple problems for years, without anyone really stepping up to take responsibility for them.

“We are dealing with unimaginable issues, from crucial access to the ports in the Paphos district to security when fishermen leave their boats unattended, especially at night,” he said.

“Another very important problem we are facing concerns fish stocks, which are becoming extremely limited over the past years. This issue in particular needs to be looked into as soon as possible.”

According to the Organisation for Economic Co-operation and Development (OECD), the fish stock of a country includes all stocks which occur within the country’s Exclusive Economic Zone (EEZ) and are the part of the shared fish stock allocated to the country on the basis of international agreements.

Last but not least, the recent spiralling fuel prices have severely dented the daily operation of the island’s fishermen, who now are saying that taking their boats out is no longer worth it financially, even as their own numbers are quickly decreasing.

“The situation is borderline tragic,” Leonidou said. “If things go on like this, we have no future, this profession is doomed. Fishing is not just important for fishermen and for our industry, but also for Cyprus’ economy as a whole. There is wealth in the sea, and we are wasting it.”

Leonidou called on the state to properly manage the European Fisheries Fund (EFF), consisting of EU grants to people working in the fishing industry, which provides funding to coastal communities in order to help them adapt to changing conditions in the sector and become economically resilient and ecologically sustainable.

The EU-sponsored fund provides help to fishermen on different layers, namely aid for permanent and temporary cessation of fishing activities, for investments on board fishing vessels and for small-scale coastal fishing.

Moreover, under certain conditions, the EFF may co-finance a premium for the first-time acquisition, both partial or total, of a vessel, a move particularly targeting young fishermen wishing to kickstart their careers in the industry.

However, Leonidou sounded the alarm on young fishermen in Cyprus, saying the profession has stopped attracting new blood due to its poor state and due to the difficulties faced by the industry as a whole.

“I come from generations of fishermen and I grew up thinking this is what I would do as well,” Nicolas Savvides, a 25-year-old fisherman whose family owns a vessel in the Polis Chrysochous area told the Sunday Mail.

“But I know that times are tough, I can see it with my own eyes and over the years the situation has only got worse. This year has been the worst for us and for our many fishermen friends, mainly because of the cost of the fuel. Not everyone can afford it unfortunately,” he said.

“Also, many people owning boats in our area have nowhere to dock it, we need new facilities, and we need them soon.”