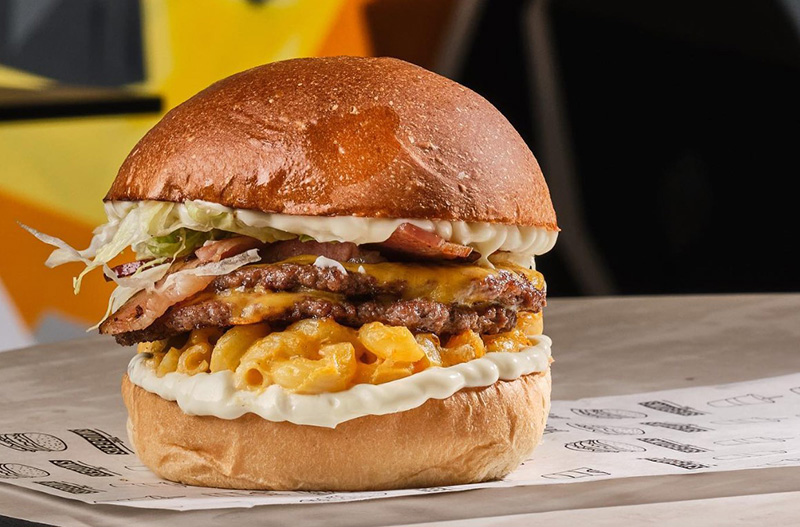 While I can only speak for Limassol, I am more than certain that other cities around Cyprus experienced what I jokingly like to refer to as the great burger boom of the previous decade. I could swear that almost on a weekly basis a new burger joint would spring up in some corner of the city promising to finally be the one that truly nails one of the world’s most famous and popular comfort foods.

This was especially fuelled by Cypriots returning from aboard, where they had tasted burgers that were much more faithful to how the majority of American franchises prepare them. Every burger lover has seen this recipe. Ground beef chuck, thin patties, 80 per cent lean meat, 20 per cent fat, cheap yellow cheese, and condiments of your choice. Somewhat different to the offering of your average Cypriot greasy spoon, where the burger is more akin to a flat meatball or a slice of meatloaf in composition.

I won’t name names but only a select handful of the aforementioned burger joints came close to delivering. Thankfully, the relatively new The Smuggers is one of them. In fact, it has quickly shot up the ranks to become one of my favourite burger spots in Limassol, but more on that in a bit. The restaurant is based on the street food model, so the design is upbeat, bright and clean. It’s there for you to sit down and enjoy a casual meal, so not much fanfare beyond that. And that’s the way it should be when it comes to certain cuisines. As for the location, the restaurant finds itself in the Agia Zoni area, right in the centre of Limassol. While this makes access to the restaurant easy, it also helps with its delivery radius, something which I can also appreciate, particularly in a time when businesses need all the revenue streams they can get to survive.

Onto the food, where things are much more straightforward than the usual restaurant review, with first, second and third courses. In this instance, there are three main items and that’s it. We tried Smuggers’ blondy (sic) burger, their chicken caesar sandwich, and their classic double cheeseburger, with the latter being the golden standard for a burger joint. The chicken caesar sandwich surprised me somewhat in how moderately dressed it was and this is definitely a good thing. Many restaurants or sandwich shops tend to go overboard with the caesar dressing, which can overwhelm the bread and drown the chicken breast. Not the case here, where you can taste the well-grilled chicken, and the soft white baguette remains intact. If you had to pick one of the three items for lunch, this would be the one. Onto the blondy burger, which is the restaurant’s name for their fried chicken breast burger, which also comes with cheddar cheese, iceberg lettuce, honey mustard sauce, red onions and pickles. It’s, frankly, a revelation. Not exactly cheap at €9 but they nailed it. The same goes for the double cheeseburger. I made one slight modification, having done without their special Smug sauce, in order to better taste the beef. Would have it again, no questions about it.

WHERE The Smuggers, Platonos 7, Limassol 3027, Cyprus