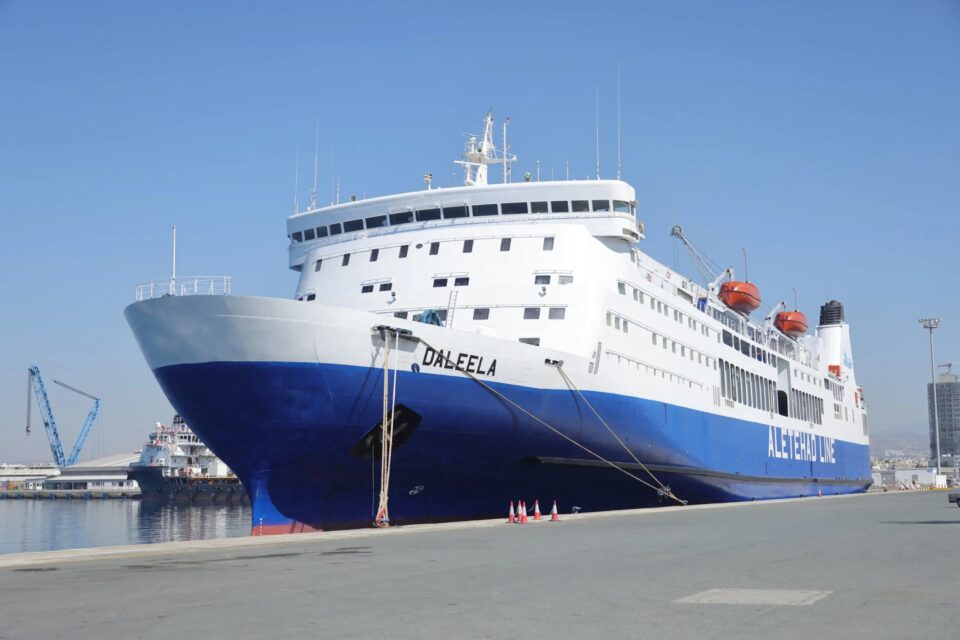 With the completion of this year’s final voyage of the Cyprus-Greece passenger ferry M/V Daleela, on September 16, all problems that have been recorded during the time the ferry was running, from June 19, will be scrutinised, it was announced on Thursday.

Deputy Minister of Shipping, Vassilis Demetriades, was asked by CNA to comment on concerns expressed earlier by the CEO of the contracting company, Scandro Holding Ltd, Marios Michael, about the future of the project.

Michael had said that the company was bearing costs that were not included in its obligations, such as the use of buses to transport passengers from DP World’s terminal to the ship, “since we could not leave elderly people or people with mobility problems to walk some kilometers to get to the ship”.

“We pay all the obligations we have, but we cannot pay things that are not in our obligations and some people have to take their responsibilities for the line to be sustainable,” he said.

The problems identified at the terminal are related to the agreement between the state and the port manager and should be resolved in order to really support the Cyprus-Greece maritime passenger connection, he added, without ruling out the transfer of the service to the port of Larnaca.

Demetriades said the ministry was aware of the issues raised by the contracting company as well as others identified by passengers, both at the terminal and on board. He assured that in collaboration with the ministry of transport, which is responsible for port issues, “we will assess the problems and mediate to resolve them”.

In September, he added, with the completion of this year’s route, a meeting will be convened with the contractor company, the customs department, the police, the port authority and DP World Limassol, “to see the problems recorded, how they will be resolved”.

“The objective is, within October, to hold a press conference as an account of this first year,” the deputy minister said.

Overall, Demetriades said, the public has been satisfied with the fact that they can travel to Piraeus with very low fares. As far as some delays in passport and customs control procedures were concerned, he said an attempt would be made to speed them up, by creating some additional infrastructure.

“Many questioned this effort, and we dispelled those concerns because the public’s interest exceeded all expectations, but the test for us will be next year to see how many of this year’s travellers will repeat their trip in 2023, which means that a customer base is being created that consistently embraces the service,” he added.

Demetriades underlines that, while it has been proven that the line was embraced by the travelling public this year, “this is an indication and not proof, as the proof will be seen from the new year and then safe conclusions will be drawn,” he said.

The possibility of Israel joining the route is also something that could bring more profitability to the route, he said.

“We are ready, in case the company plans to expand the route, to see institutionally, as a state, how we can help.”

In addition, he said, in collaboration with the deputy ministry of tourism, it is being examined how the ferry service could facilitate more organised groups such as motorcyclists and divers.