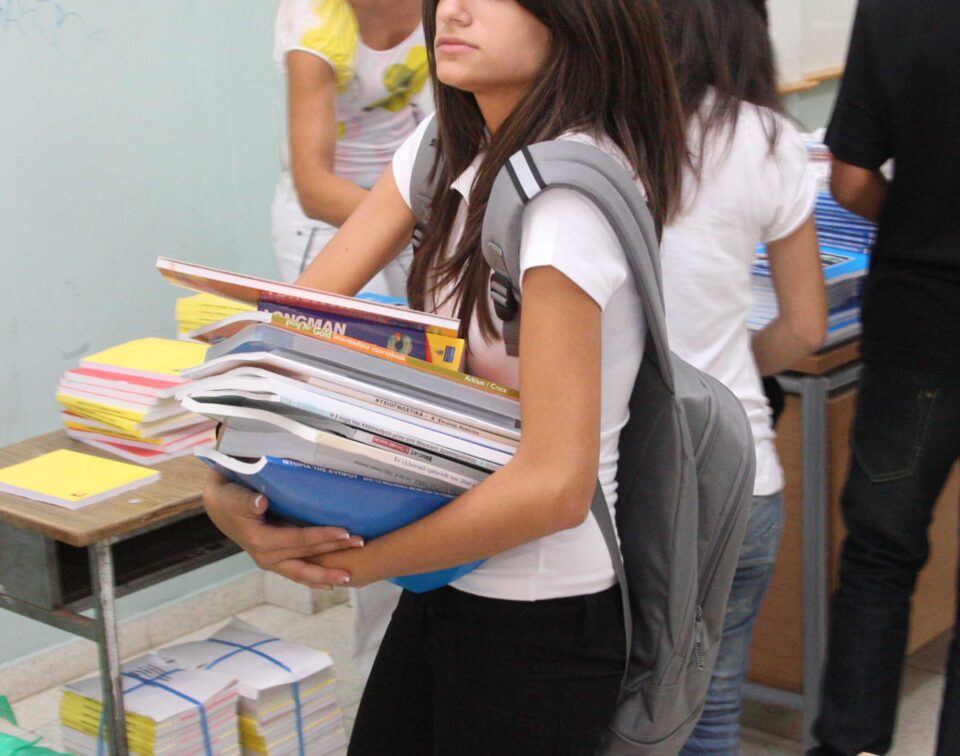 Books are expected to be distributed on time and school staffing has been largely completed, Kyprianos Louis, head of secondary education, has said.

In an interview with Cyprus News Agency (CNA), Louis added that, among other things, the start of the 2022-2023 school year will see a stepped-up effort to deal with delinquency and school bullying issues.

The schools will be served by a total of 6,583 teachers and 929 new contract appointments as well as 204 permanent probationary contracts have been approved since mid-August. A small number of additional appointments are expected before the start of the school year.

Secondary school teachers will report back to schools on Thursday, September 1, while pupils will return Wednesday, September 7, to be assigned into classes and receive their books and schedules.

Asked how the schools plan to deal with the issues of delinquency and school bullying, Louis said that the education ministry promotes a ‘zero-tolerance’ policy. A national strategy is in place, Louis said, coordinated by the school violence monitoring authority (Pabis).

Louis also stated that preventive measures, such as early detection of students at risk of delinquent behaviour, are being prioritised in collaboration with various adjunct services, such as mental health and anti-drug organisations.

“Schools are asked to register incidents online through the Educational Planning System (EPS),” Louis explained, adding that the recording, investigation and management of incidents is an important part of the determination to reduce bullying through a Cyprus-wide research and data collection mechanism, as well as highlight good practices of schools.

In addition to tackling bullying, Louis said, other key goals for the new school year are implementation of student assessment legislation within a four-month timeframe, improvement of learning outcomes through formative assessment, tackling illiteracy and inclusion of children with an immigrant background, empowerment of students to acquire key 21st century technology skills, and making schools “functional and democratic”.

Asked about pandemic protocols and instructions Louis responded that the safe return of students and teachers was the aim, and health protocols would be observed in accordance with ministry instructions to be announced later in the week.

On track for reduced noise pollution and railway safety amplifiers