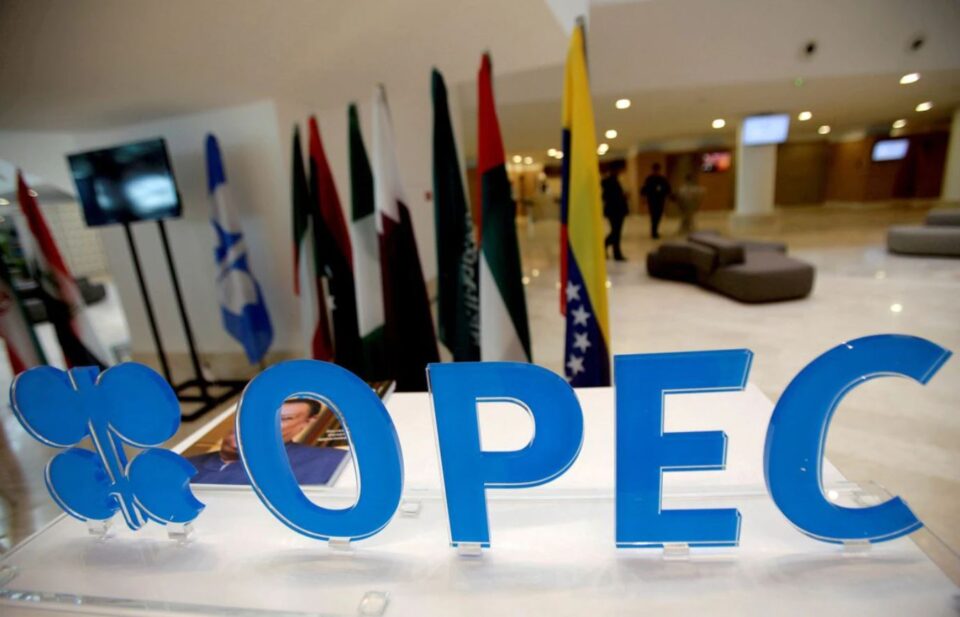 It’s tempting to dismiss the decision by the OPEC+ group to cut crude oil production by 100,000 barrels per day (bpd) in October as a statistical insignificance that will likely have zero real market impact.

While it’s true that the tiny adjustment to the producer group’s output targets won’t make a big difference to the global supply-demand balance, Monday’s announcement does have significance: it signals OPEC+’s intent to defend crude oil prices.

OPEC+, which consists of the Organization of the Petroleum Exporting Countries (OPEC) and allies including Russia, said it would reverse September’s 100,000 bpd boost to output in October, a move aimed at supporting prices.

While the group doesn’t explicitly state its preferred price level, from their current and recent actions it’s likely that somewhere above $90 a barrel is the target.

The problem for OPEC+ is that aiming for this level now, as the world economy likely heads into an energy price-led recession, raises the risk of being forced to take stronger action to defend $50 in six months time after demand is smashed.

OPEC+ likely based their October decision on the view of the group’s technical committee that the market is likely to experience an oversupply of about 400,000 bpd this year, before moving to a small deficit of about 300,000 bpd in 2023.

Messaging from some of the OPEC+ leaders, including Saudi Energy Minister Prince Abdulaziz bin Salman al-Saud, has been that the paper crude market has been volatile in thin trade, and is pricing in a decline in demand not evident in the physical market.

This may well be a valid argument in the current circumstances. But the risk is that by the time mid-winter hits the northern hemisphere, the situation is entirely different.

Europe is likely heading for a recession as the cost of energy soars in the wake of the loss of Russian pipeline supplies of natural gas as part of the fallout from Moscow’s Feb. 24 invasion of Ukraine. Russia calls its actions there “a special operation”.

The surge in natural gas and liquefied natural gas (LNG) prices has had the flow-on effect of boosting thermal coal to record highs. It has also kept diesel prices elevated as the fuel, used mainly for transport, becomes price-competitive for electricity generation.

Surging prices have already forced energy-intensive industries in Europe, such as metal smelters, to shut down or curtail output. The situation is only likely to get worse in coming months as costs are passed onto small businesses and consumers.

The full impact of high inflation and rising interest rates generally takes some time to manifest itself. The risk for the global economy is that all the negative factors start to hit home around the same time, namely the peak energy demand winter season.

Crude oil prices have tumbled in earlier global economic contractions, and it’s likely the same would occur this time around. That would make it difficult for OPEC+ to defend a crude price level that is becoming increasingly out of line with the emerging economic realities.

A potential agreement between Iran and the United States over the Islamic Republic’s nuclear programme may also add more supply back onto the global market, which would further complicate matters for OPEC+.

It’s not just Europe where there is a question mark over demand. High energy prices are also starting to hurt Asian economies, adding to an already weak picture in China, the world’s biggest importer of crude oil.

China is battling to stimulate its economy after imposing COVID-19 lockdowns in several major cities earlier this year, and the locking down of Shenzhen and Chengdu last week added to the view that China may remain a soft spot for oil demand.

Overall, it’s becoming increasingly hard to make the case that crude oil should be above $90 a barrel by the end of the year. The risk for OPEC+ is that if it does try to force the price to stay at that level by restricting supply, it will only provoke a deeper and longer global recession.

€20 million to digitally upgrade all schools

Spurs have been penalised’: Conte fumes over heavy schedule