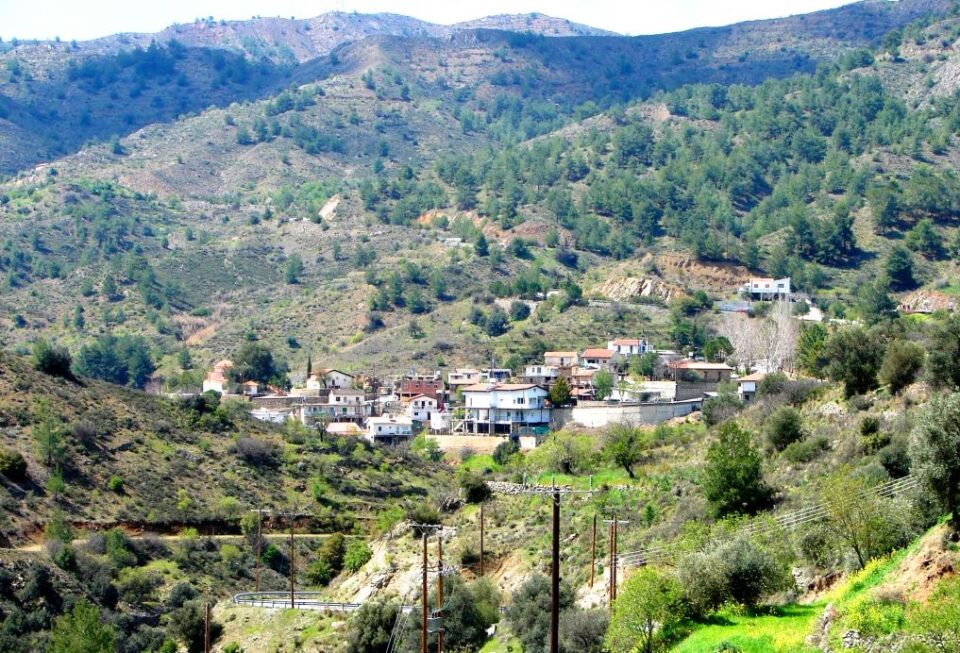 The Apliki village in the Nicosia district

Ariana Resources, the AIM-listed mineral exploration and development company with gold mining interests in Cyprus and elsewhere in Europe, on Friday announced its unaudited interim results for the six months ending June 30 2022.

Ariana’s share of profits from the Kiziltepe Mine, of which Ariana owns 23.5 per cent through its investment in Zenit Madencilik San. ve Tic. A.S., in the six months to June 2022 amount to £2.5 million, reflecting improved metals prices and a doubling of capacity of the Kiziltepe processing plant.

The company recorded a profit before tax of £2.9 million for the period, with operating costs in line with expectations and the prior year.

In addition, there was a payment of the second tranche of the Company’s Special Dividend, of 0.175 pence per ordinary share, following the completion of the partial divestment of its interests in Turkey.

Operational highlights include a strategic investment of$2.5 million made into Ariana by Newmont Corporation to support the exploration programmes of Ariana’s 75 per cent-owned Western Tethyan Resources (WTR) in south-eastern Europe.

WTR has since been granted 297km2 of highly prospective ground in Kosovo across four licences, with a further 161km2 of tenure currently under application.

Ariana’s 50 per cent-owned Venus Minerals Ltd has substantially improved the project metrics for the advanced and full-permitted Apliki copper mine in Cyprus as it continues to pursue an IPO on AIM.

“We are also very pleased with the progress being made by the team at Venus Minerals; notably the completion of a 50-50 joint venture agreement with Cyprus’ leading construction firm, the Iacovou Group, on the advanced and fully-permitted Apliki copper project in Cyprus,” managing director Kerim Sener stated.

“This has significantly enhanced Venus’ project portfolio and, recent developments, including the completion of a revised Mineral Resource Estimate for Apliki of 17 megatonnes at a grade of 0.26 per cent to 0.69 per cent of copper extraction (0.34 per cent average), have made material improvements to the metrics of its proposed IPO,” he added.

Moreover, Sener said that “these improvements are in the process of being integrated into the IPO documentation ahead of further market soundings which will be completed in the fourth quarter of 2022”.

Elsewhere, the company’s Kiziltepe Mine production for the first half of 2022 achieved 13,378 ounces of gold, with annual guidance of 25,000 ounces of gold expected to be met by year-end.

Further extended exploration and resource drilling campaigns are underway at Kiziltepe and Salinbas.

Meanwhile, post-period end highlights include the construction of the Tavsan gold mine, intended to be Zenit’s second producing mine, which has been underway since late July 2022 and is scheduled for completion during the second half of 2023.

“The last half year has reflected a period of consolidation on the strategy of the Company following the transformative developments of 2021, which included the payment of the second tranche of our £7.74m Special Dividend in March 2022,” Sener said, who noted that the third and final tranche of this Special Dividend, amounting to £2 million, is due to be paid to shareholders on 3 October 2022.

“This marks the end of one era for Ariana and the beginning of an exciting second era,” Sener stated.

“This new era involves a much broader spread of project interests, from the developing Project Leopard strategy in Turkey to our significant regional investments in Western Tethyan and Venus, and to our minority interests in several discovery-stage opportunities, held through the Asgard Metals Fund,” he added.

Furthermore, Sener said that such a broadening of interests is underpinned by the company’s 23.5 per cent holding in Zenit, which has been successfully producing gold and silver for the past five years from the Kiziltepe Mine in Turkey.

An extensive drilling programme, completed in late 2021, resulted in the definition of a revised Resource and Reserve estimate, announced in early 2022, which provided a further 2.5 years of production from the mine.

With a new two-rig drilling programme currently underway, the company is now expecting to further enhance the life of the mine.

In Australia, the Asgard Metals Fund is continuing to evaluate several investment opportunities beyond those completed to date.

Panther is exploring a largely Western Australian portfolio of gold and nickel-cobalt assets, upon which a maiden JORC Resource of 70.6Mt at 0.7 per cent Ni and 460ppm Co (Inferred) was established in June 2022.

“We look forward to providing further updates from our exciting pipeline of projects and investments, representing a full spectrum of opportunities across commodities and jurisdictions, yet maintaining a continued focus on advanced projects in gold and copper, particularly in south-eastern Europe,” Sener concluded.