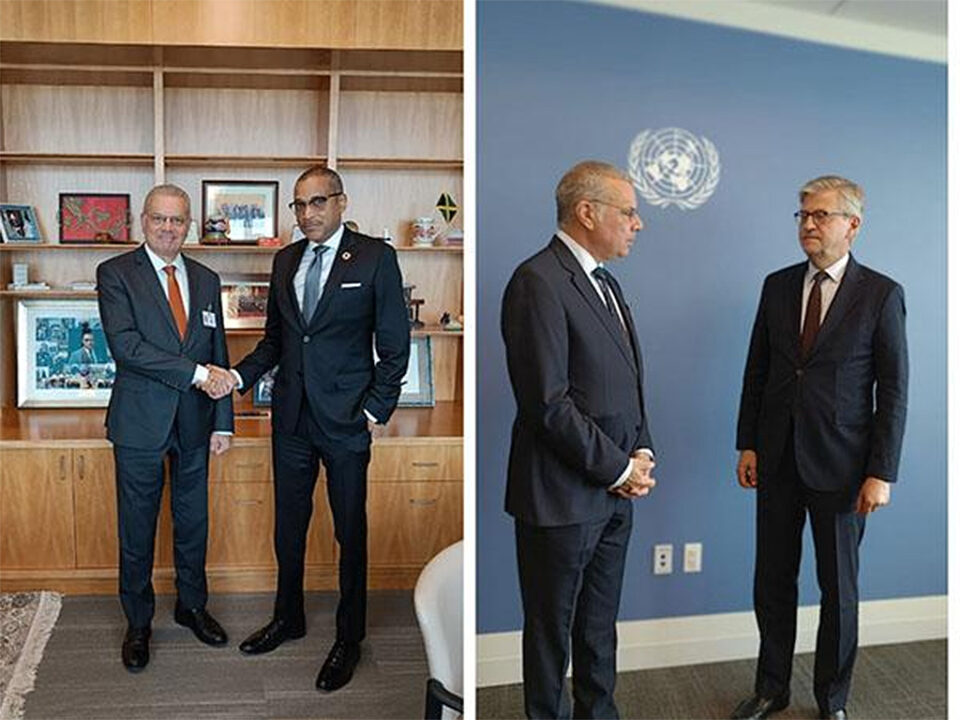 Immigrant flows through the buffer zone were the subject of meetings held in New York on Friday by Interior Minister Nicos Nouris, which he described as very important.

The minister stated that Cyprus, as a member of the European Union, “faces the greatest burden in terms of migration” and requested the help of the UN through its peacekeeping force on the island, Unficyp, which could help monitor and control who enters the buffer zone.

Nouris said both officials showed understanding of the problem, saying that they intend to look into possible ways of dealing with this issue, something for which the minister expressed his satisfaction.

“We have asked for the practical help of the UN in order to control the flows of people who wish to cross the buffer zone into the areas controlled by the Republic of Cyprus,” Nouris said after his meeting with Lacroix.

“It is not an issue that can be resolved easily, as the role and responsibilities of the peacekeeping force are well known,” he added.

The way this can be done, Nouris explained, is something that will be studied, noting that the Republic of Cyprus has made it clear that it wishes for the peacekeeping force to enforce the same controls it does for Cypriots who enter the buffer zone for people who move from the north.

“However, we respect the fact that there are subtle balances and fine lines and I will content myself with the fact that Mr Lacroix has stated that he will study the matter from the point of view of the United Nations,” Nouris noted.

When asked by journalists whether the Turkish side should also be contacted about this, the minister said that this is “exactly why the UN have talked about delicate balances”.

“For our part, we have made it clear that this particular problem is a major issue for us, explaining that all these people whom Turkey is instrumentalising and taking to Cyprus, are essentially trapped in the areas controlled by the Republic of Cyprus, since Cyprus does not they belong to the Schengen area and they cannot move to another country,” he added.

Nouris also said that despite the fact that Cyprus has completed a very high number of returns this year, with 4,600 people being repatriated, the fact that 15,000 new asylum seekers have already arrived makes the situation extremely difficult.

“I think it has become completely understandable from the point of view of the UN that the problem that our country is facing, besides, of course, the problem of occupation, which remains our national problem,” he said.