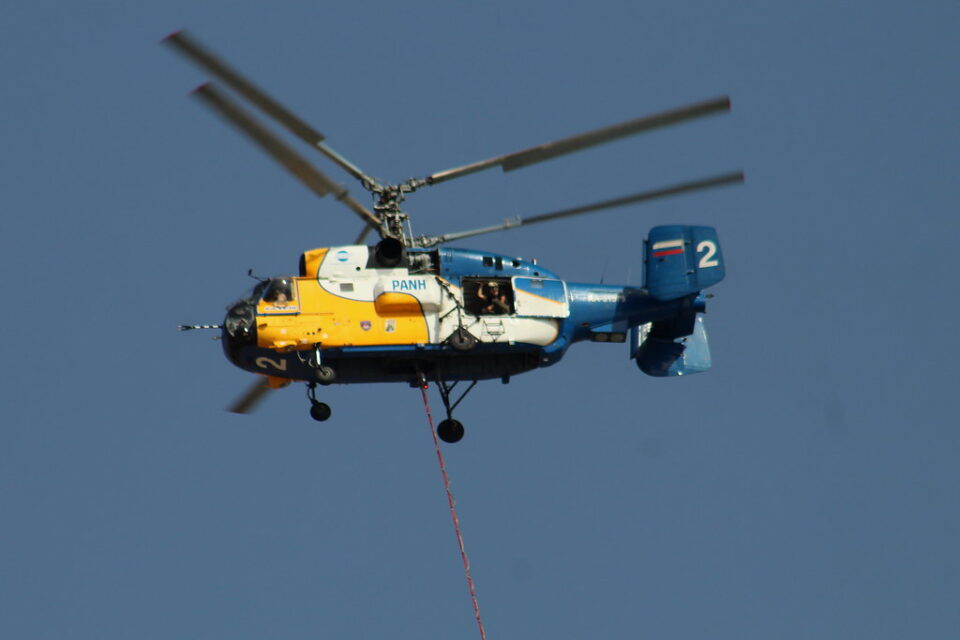 The auditor-general’s office on Tuesday called suggestions it leaked reports on irregularities in the leasing of firefighting helicopters to the press as “absurd”.

The office is carrying out an audit on the leasing of the two helicopters following reports of multiple irregularities with the certificates submitted to Cypriot authorities.

In a statement, the Audit Office said it is looking into the case of the leasing by the Department of Forests of two Russian-made Kamov firefighting helicopters.

The department had earlier in the day asked rhetorically how a Cypriot newspaper had managed to get a hold of the documents.

The Audit Office added that it would investigate the matter of the helicopters and issue a report. “Until then, we will not comment on the substance of the case,” it said.

Brought to light by daily Politis, the affair concerns the leasing of two Kamov-32 helicopters, which earlier this year the government leased for a reported €17.5 million for the 2022-2025 period.

Although manufactured in Russia, the helicopters were leased from a Ukrainian company. The agreement to lease them was signed this year, following three calls for tender.

According to Politis, the certificates provided to Cypriot authorities present several irregularities and discrepancies. For instance, the insurance certificates do not expressly cover firefighting, although they do provide generic insurance coverage to crew members in the event of death or incapacitation due to an accident.

Another issue relates to differences between the recorded flight times for the two helicopters, as provided by the Ukrainian company and Ukrainian aviation authorities. For one of the two aircraft, the company itself affirmed that it flew 22,280 hours, whereas Ukrainian authorities said 2,280 hours. It was unclear whether this was a typo.

Further, the tender launched by Cypriot authorities required documentation citing all history of accidents per helicopter dating back to the inception of the holding company. Politis said no such documentation was received. Instead, Ukraine’s civil aviation authority sent its Cypriot counterpart a letter noting that the company had not had any aviation accidents during the past five years.

Earlier this year, the department of forests was scrambling to secure at least two additional firefighting aircraft in order to meet minimum requirements in time for the coming summer season.

Previously, the department had been leasing two Kamov helicopters, but due to EU sanctions on Russia following the conflict in Ukraine, the Russian company did not participate in the Cypriot call for tenders.

Responding to the allegations, the Department of Forests on Tuesday said it did everything by the book.

Following two unsuccessful calls for tender, the department said, the third competition in April 2022 ended up with two bidders. One of the bidders was asking for some €800,000 more than the other. This bid was turned down, because the tender documents stipulated that the least expensive offer would win, provided it met the technical specifications.

The department noted also that it did not make the final decision to lease the helicopters. It only made recommendations to the ministries of finance and agriculture, which had the final say.