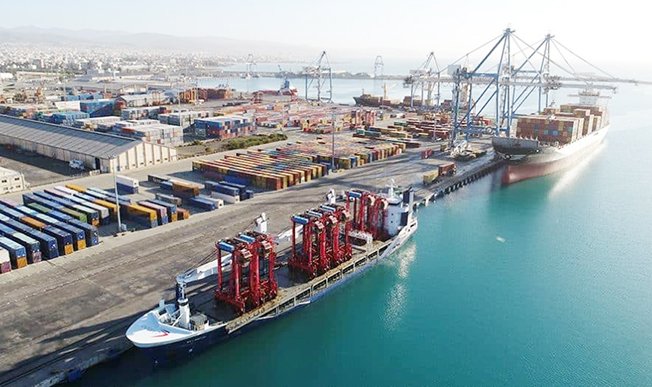 Parliament on Thursday unanimously approved the creation of a one-stop-shop framework for ship-owning companies and their shareholders to deal, in addition to the aspects of maritime law, with all matters currently handled by the registrar of companies.

At the same time, it will regulate issues relating to LLSC’s from their establishment to their liquidation and establishes the institution of the Registrar of LLSC’s as the competent authority for these matters.

The ultimate objective is to create a one-stop-shop framework for ship-owning companies and their shareholders within the deputy ministry of shipping so that this state ministry can deal, in addition to the aspects of maritime law, with all matters which currently fall within the competence of the Registrar of Companies.

The chairman of the committee, Depa MP Marinos Moushiouttas, highlighted the importance of this law for Cyprus and said that it is important that it is approved in view of the conference Maritime Cyprus 2022 confernece, which will be held in Limassol on October 9-11.

Meanwhile, Akel’s Costas Costa said that these regulations should have been made years ago and noted that countries such as Greece and Malta achieved this earlier.

Disy Mp Fotini Tsiridou said that “For the first time in the history of Cyprus we are making the possibility of registering a shipping company in a legal form of limited liability with the sole purpose of owning and operating Cypriot ships a reality”.

Meanwhile, Maritime Cyprus is set to host 900 delegates from 35 countries, Deputy Minister for Shipping Vassilis Demetriades said at a news conference on Thursday.

Demetriades said this would be the 17th Maritime Cyprus conference and the first one after the pandemic, adding that European Commissioner for Transport would also attend the event for the first time.

The conference will discuss how international shipping will respond to the 3 Cs, namely Crisis, Challenges and Competitiveness.

Maritime Cyprus will start with a reception in the presence of President Nicos Anastasiades during which the Cypriot shipping prize will be awarded.

Between Monday, October 10 and Wednesday October 12, the conference will discuss matters such as the readiness of shipping regulatory framework to deal with crises, challenges and competitiveness and the role of ship owners in a sustainable, safe and resilient shipping industry, zero emissions and motives for green investments, digital transformation and the role of young people and women in the industry.

During the conference an expo of shipping services with the participation of 35 exhibitors from Cyprus and abroad will take place, while on Thursday October 13, the Cyprus Forum of shipping technology entitled “Embracing Innovation” will be held

Demetriades spoke of an opportunity to show-case Cypriot shipping’s advantages, including an advantageous and stable tax regime, quality services offered, know-how and a leading presence and international shipping arena, as well as promoting the Sea Change 2030 strategy adopted in 2021.

On his part Cyprus Shipping Chamber General Manager Thomas Kazakos said that the great number of participants proves how successful it has been for many years, adding that it shows that there is a stable and multi-faceted shipping infrastructure in place in Cyprus.

Letter of intent signed with WHO for new Larnaca office