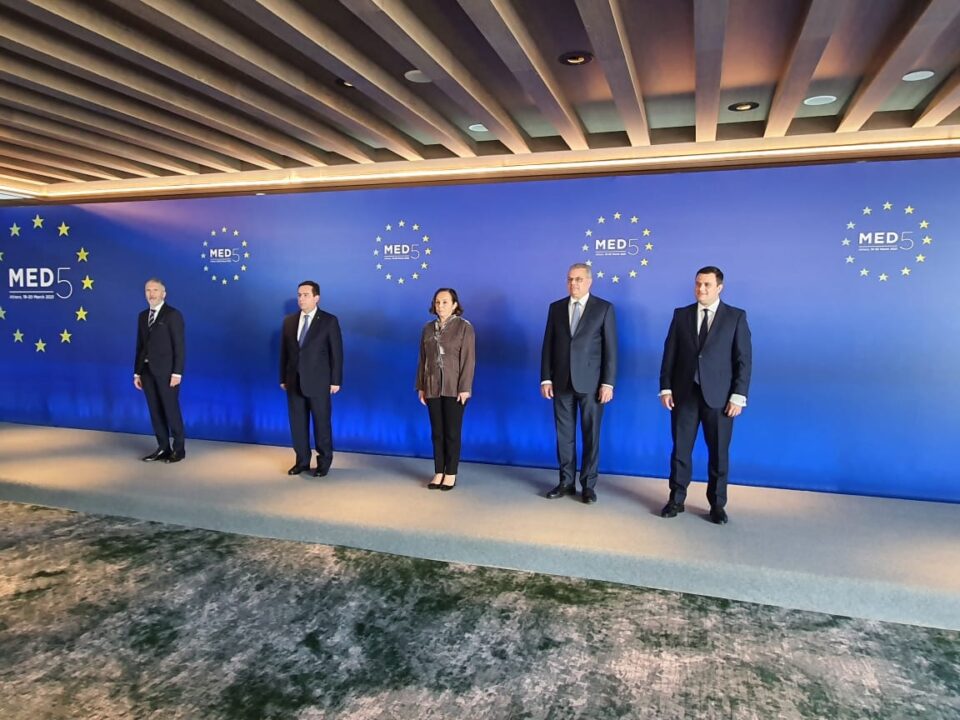 The alarming increase in the migratory flow into Europe will be the focus of the Med5 summit in Paphos on Friday, which brings together the interior ministers of Italy, Spain, Greece, Malta and Cyprus.

Interior Minister Nicos Nouris said the problem was “the disproportionately larger number of migrants compared to other European states.”

Speaking to CyBC radio, he said most of the problems concerning the increasing migratory flow to Cyprus can be linked to Turkey’s instrumentalisation of illegal migrants, who eventually end up on the island and in Greece.

“Around six per cent of the population of Cyprus consists of illegal migrants and asylum seekers,” Nouris said. “It is an extremely high percentage. We are talking about 50,000 people and our reception centres are suffocating. We have very limited resources and space.”

Nouris then praised the European Union for allocating €117m to Cyprus in the last four years to deal with the migratory influx, but added that Cypriot taxpayers had to pay an additional €188m to address the issue.

“The situation is extremely heavy for us, it cannot go on like this,” he said.

Nouris added that the increasing number of illegal migrants and asylum seekers will be one of the main issues that the new president of the Republic will have to address following the elections in February.

“The excessively large number of migrants in Cyprus are affecting our demographics,” he said.

“On top of that, they are an evident burden on our state coffers, as the government needs to spend a big part of its budget to address the problem.

“Finally, there is a safety issue. Data released by the police say that at least one foreigner is involved in 73 per cent of serious crimes in Cyprus. And that foreigner is usually an illegal migrant.

“Therefore, it is normal that the issue takes centre stage in the political debate ahead of the presidential election,” Nouris said.

The Med5 summit will also be attended by the Czech Interior Minister Vít Rakušan, as his country currently holds the presidency of the European Council. European Commissioner for Internal Affairs Ylva Johansson will also take part in the summit via teleconference.

On Friday evening, an official dinner will be hosted in the presence of House President Annita Demetriou.

Cyprus has so far this year seen a 122 per cent increase in irregular arrivals compared to the first seven months in 2021, mainly due to arrivals from Turkey to the north of the island and then over the Green Line, according to the EU’s 2022 report on migration and asylum published on Thursday.

“Irregular arrivals along the Eastern Mediterranean route doubled compared to 2021, mostly due to heightened migratory pressure in Cyprus, which currently accounts for roughly 60 per cent of arrivals along the route,” the report said. Syrians, Nigerians and Turks are the main nationalities on this route.