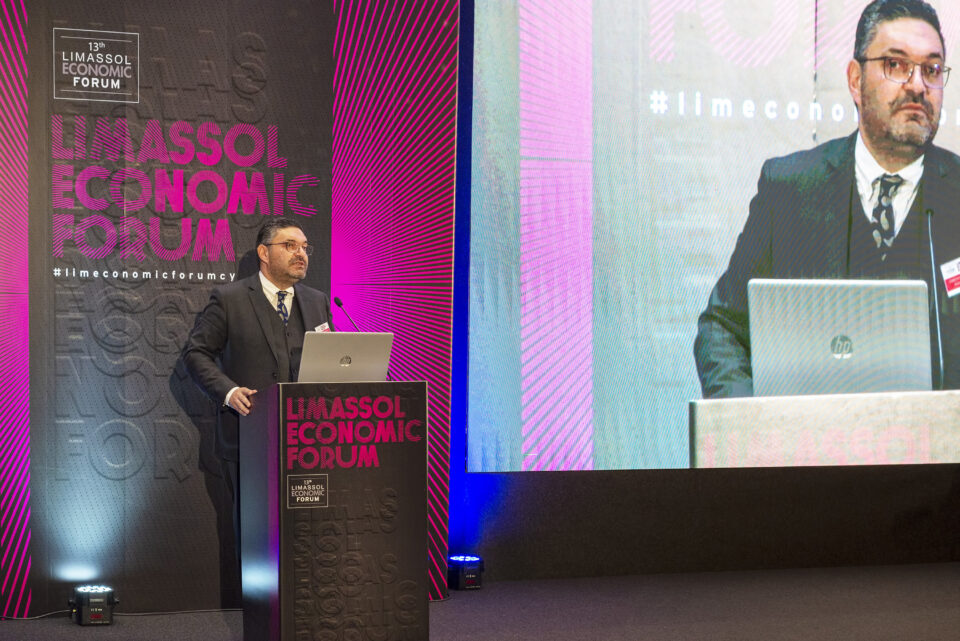 Cyprus and other EU member states should have done more in the past to be prepared for the green transition and weaning themselves off fossil fuels, Finance Minister Constantinos Petrides said on Friday.

Speaking at the Limassol Economic Forum, Petrides said the cost of the green transition and the war in Ukraine would be “tectonic shifts in the economy.”

Cyprus would not be able to bear any deterioration of the economy, the minister said. “We need to convince markets of our credibility and strive for more upgrades, because this will determine our success as an economy,” he said.

Commenting on the war in Ukraine, he said that no one can predict what the next sanctions will be against Russia, but that in the process “economic logic” needs to prevail, to not punish those placing the sanctions.

They should be tough but rational, he said, and “make economic sense and I think the first thing is to accept the idea of ​​a stricter monetary policy.”

Responding to criticism that a tight monetary policy should be replaced by a loose fiscal policy, he said that this would lead to a disastrous result, “first of all because inflation will not be tackled and secondly, because all fiscal reserves will be eroded.”

The finance minister said that development policies are of vital importance and pointed out that Cyprus currently has one of the highest growth rates in the EU, at six per cent, for the first quarter of 2022.

This, he added, was no accident, “because the economy of Cyprus has turned to new sectors, to renewable energy sources, to education, to a fast-growing sector that is turning the country into a business hub and technology centre.”

Petrides added that it is no coincidence that unemployment remains at low levels and high growth indicators are recorded. “We have a targeted strategy and in recent years, for the first time, the annual budget is drawn up in accordance with the overall economic strategy and the development model” he said.

He added that these measures had a ‘political cost,’ but that it was his and the government’s responsibility to turn over financial reserves to the next government to manage the economy.

Also weighing in at the forum was Central Bank Governor Constantinos Herodotou, who said the war in Ukraine had disrupted the return to normality that was expected after the end of the pandemic lockdown periods.

“Central Banks around the world are facing the challenge to put under control excessive and persistent inflationary dynamics,” he said.

He added that the war exacerbated massively cost push inflation, primarily through the energy price shock. To measure energy inflation, they include among others the prices of fuel, gas as well as electricity prices, he said.

“This inflationary dynamic continues to persist with energy price pressures, in the most recent measure last month, being extraordinarily high at 40.7 per cent compared to 38.6 per cent in August. The second major contributor to inflation is food prices which grew by 11.8 per cent in September compared with 10.6 per cent in August. This is attributed to higher input costs related to the energy price increases, disruptions to trade in food commodities and adverse weather conditions,” he said.

Commenting on the methods to tackle inflation, Herodotou said that given the above considerations and the current highly uncertain environment, the inherent flexibility of the meeting by meeting approach decided at the Governing Council of the Central Bank is well suited to calibrating monetary policy, in line with the incoming data and the evolving outlook.