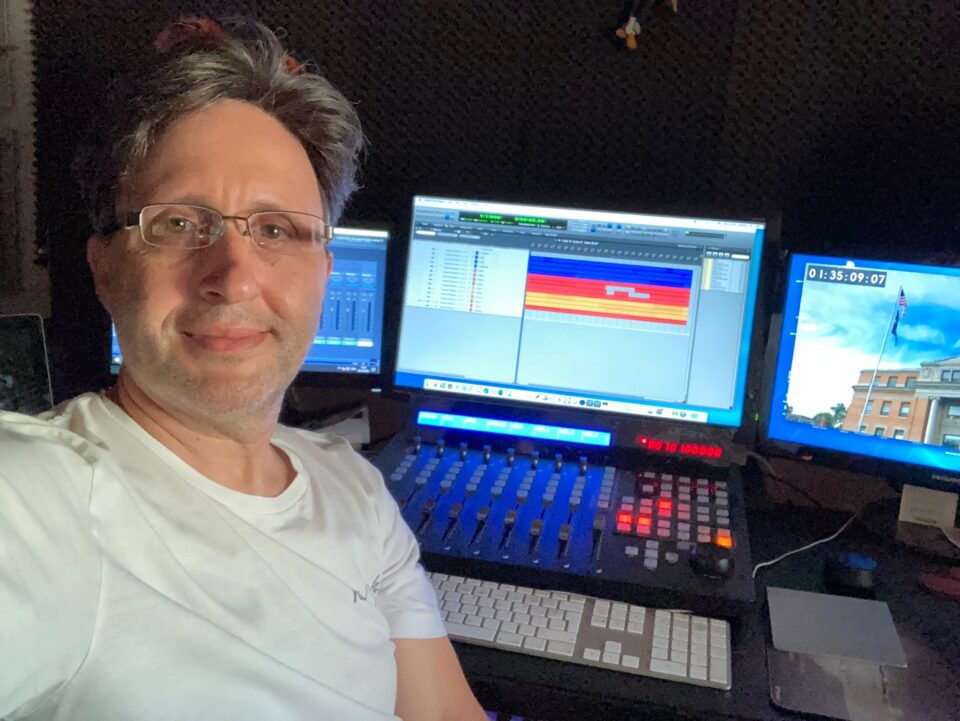 Adonis in his studio

Without knowing it, you have probably heard the work of a local composer on TV shows. Alix Norman finds a man whose passion for writing music transcends awards and accolades

Of those who vote for the Emmys, Adonis Aletras alone represents Cyprus – the sole Cypriot member of the Television Academy! He doesn’t mention this until we’re winding up our interview. Staggering though the fact may be, he’s far more passionate about his love of music: the thirst to create that gets him out of bed each morning and keeps him composing long into the night.

“I know it sounds a bit dippy,” he laughs, “but I’m living my dream; there is nothing that brings me more joy than writing music. If I wasn’t paid a dime, I’d still be composing day in and day out!”

Fortunately, Adonis is paid a dime – and quite a bit more! For the past decade, his music has graced major films and shows around the world. If you’ve ever watched Keeping Up With the Kardashians, The Young and the Restless, or any of the Real Housewives series, you’ve encountered his compositions. If you’ve seen the Deadliest Catch, Murder in the Heartland or Section 8, you’ve heard his work. And if you’re addicted to the Discovery Network’s documentaries, you might be surprised to discover that many of these soaring scores were penned by a 50-something composer working in Aglandjia…

“We tend to think of those who write for TV and film as based in LA or New York or London – big film industry locations,” suggests Adonis. “But given that so much of what happens nowadays is digital, working remotely is just as effective. And I want to work from Cyprus; it’s my home.”

Born and bred in Nicosia, Adonis attended the renowned Berklee College of Music on a scholarship “many moons ago! I actually grew up playing guitar with my friends, jamming to ACDC and Scorpions, like you do,” he smiles. “But when I went to Berklee, I realised my true passion was composing music – writing the scores and underscores that complement the visual experience, that create atmosphere and add colour.” 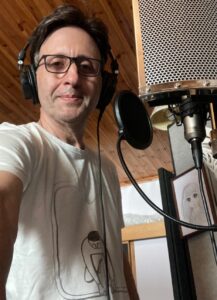 If you’ve ever watched a film on mute you’ll know exactly what he means – music makes or breaks a scene, and the very best scores are so interwoven into the visual that the whole becomes immersive, iconic. “Think John Williams’ Imperial March, Hans Zimmer’s Gladiator or Vangelis’ Chariots of Fire,” says Adonis. “Imagine the scene and you can hear the score; recall the music and the scene springs to mind.

“Of course, I’m certainly not in that league,” he grins. “Those are the giants from whom we media composers draw inspiration. And it’s not an easy road. Even today, I face as many no’s as yes’s. Rejection is par for the course, and it’s a wise composer who learns from feedback – you can’t rest on your laurels in this game!”

There’s a message here, perhaps, for the younger generation. Talent can get you through the door. But without hard-won experience and constant dedication, you won’t get very far.

“I often think that creative people: composers, musicians, artists, writers like yourself,” he muses, “have an invisible muscle in their heads that needs to be consistently exercised! Whether it’s a note, a stanza or a four-bar, you need to write every day. There’s no such thing as sitting back and saying ‘I’ve made it’. You work and you learn, you try and keep trying; that’s what’s important.”

Before his big break, Adonis himself put in more than a decade of grind. Always a keen musician, he honed his talent for composing at Berklee and, on his return to Cyprus in 1992 worked as a musician and teacher for many years. But by 2012, he was ready to try his hand at his passion, and “I set off for a couple of big industry conferences in LA with nothing more than a few demos in my pocket…”

Already known in certain circles for his music – “like I said, you can’t walk in without a solid body of work and serious experience!” he acknowledges – Adonis handed out his demos, fingers crossed. “And then one day, over lunch with a few media composers, someone asked if anyone at the table could play slide guitar. Well, I’d never played slide but I’m a guitarist by background, so I said yes. ‘Quick, send your demos!’ I was told. ‘The show’s editor is just waiting to attach the music!’”

Within 48 hours, Adonis had flown back to Cyprus, taught himself slide guitar, and sent off the demos. “I didn’t have long to wait – the response was almost immediate: ‘Fantastic!’ I was told. ‘Send us more!’ So I did.”

That first show turned out to be Duck Dynasty, a reality series that was an unexpected smash in the States. “The first door opened to me through sheer luck,” he recalls. “If I hadn’t been sitting at that table, with those people, at that exact moment, perhaps none of this would have happened. But experience was what got me there in the first place, and hard work is what got me to where I am now.”

Today, Adonis’ output is “fairly prolific! I honestly have no idea how much music I’ve written – well into the high thousands of pieces. And despite what you might think, this is far from a solitary effort – it’s always team-work. Yes, I’m sitting alone in my studio surrounded by high-tech equipment and software, but I’m part of a lengthy process: writing and rewriting for the production team, and often working with other composers on other continents!”

Adonis estimates these scores – written, rewritten, honed and perfected in an Aglandjia studio – are heard by over one million Americans each week! It’s a staggering accomplishment, as is his well-earned Emmy voting.

Clearly, accolades and awards take second place to his passion for composing. “Honestly, I’d write for free if I didn’t have to pay the bills!” he concludes. And then he springs another surprise: “Did I mention I also vote for the Grammy’s?”

For the love of a good Brownie