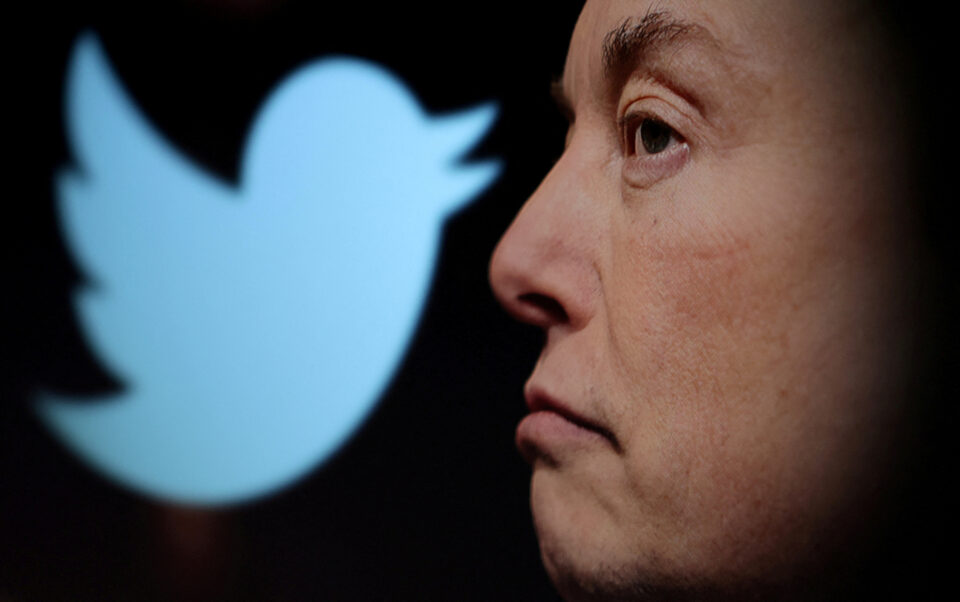 Elon Musk is that rarest of things, a benign sociopath, and therefore a person of considerable value to the world. He has just made a mistake that could ruin his long-term plan, for his purchase of Twitter is almost bound to end in tears. The sharks are always circling the very rich and highly geared, and I find myself worrying about him.

Musk sort of realised that buying Twitter was a mistake after his initial enthusiasm died down, for a $44 billion punt on an unprofitable social media platform is a risky move even for the world’s richest man. But by then he was legally committed, and after thrashing on the hook for a bit he decided to accept his fate and try to make it work for him.

He now styles himself ‘Chief Twit’, which suggests a certain ruefulness about the project he has lumbered himself with, but he is pressing on regardless. He has already fired the three Twitter senior execs, Parag Agrawal, Ned Segal and Vijaya Gadde, who were most responsible for suckering him into the deal. (They walked away with $100 million.)

Next step is presumably laying off somewhere between 25 and 75 per cent of the workforce (he has mentioned both figures), to create a leaner, ‘freer’ Twitter not weighed downed by legions of ‘moderators’ who try to eliminate the nastiest posts.

Musk is aware of the risks this involves, because 90 per cent of Twitter’s (inadequate) revenue comes from advertisers who will not want the reputational damage that using a completely unmonitored site would bring them. That’s why he promised last Thursday that it will not become “a free-for-all hellscape, where anything can be said with no consequences!”

However, General Motors (admittedly a rival car-maker) has already ‘paused’ its advertising on Twitter pending evidence that it won’t become a ‘hellscape’. Others may follow, for Musk’s rhetoric about being a “free speech absolutist” points precisely in that direction.

But why should we care about any of this? ‘Arrogant billionaire bites the dust’ is generally a satisfactory headline, and Musk’s politics are the drearily predictable sound-bites of the self-justifying ultra-rich. (He says he is thinking of backing the Republican governor of Florida, Ron DeSantis, for president in 2024.)

We should care because Elon Musk has chosen to use his wealth for the benefit of mankind. Not for the benefit of individual human beings, of course – the ultra-rich are almost never interested in that – but of the human race as a whole. Worse motives are imaginable.

In many ways Musk matches the classic stereotype of the sociopath. He’s male, very intelligent, and highly manipulative. He has many children by many partners. He is probably devoid of real empathy (although he has learned to speak the language). But he really is benign, no more cruel or selfish than the average human being.

The two technologies he has brought from experimental one-offs to everyday commercial vehicles – Tesla electric cars and Space-X’s family of workhorse rockets – were chosen explicitly because they address the two biggest threats to the human future: the immediate threat of climate change, and the long-term vulnerability of a one-planet species.

Musk might have wound up rich even without these goals, but that’s what drove him to amass all that money – and it worked. Tesla is not just the car that forced other car-makers to bring EVs to the market too. The batteries that Musk pioneered for cars and then for larger-scale electricity storage underpin the entire enterprise of wind and solar energy.

He may not live to see the creation of genuinely self-sustaining human colonies off-Earth – that’s probably at least a century-long project – but if he stays solvent he will probably live to see the first human beings establish some sort of foothold on Mars. And it will be because Space-X has cut the cost of boosting payload into orbit a hundredfold.

Neither of these things was ‘bound to happen’. They happened because Elon Musk decided to make them happen. They were ways in which his particular skills could contribute to the future of the human race, and in both cases they were right on target.

His work is not finished, and Space-X in particular could still founder without his leadership and his cash flow. His skill set is not relevant to running a social media platform, but Twitter will be a mighty distraction for him and all his other enterprises could end up on the rocks as a result.

Musk’s finances are not exactly transparent, but it is clear that much of the money to buy Twitter  comes out of his own pockets or from bank loans secured on his properties. The sensible thing would be to get out fast and absorb his losses, but it is not clear that anybody else would want to buy the company.

Gwynne Dyer’s latest book is ‘The Shortest History of War’.