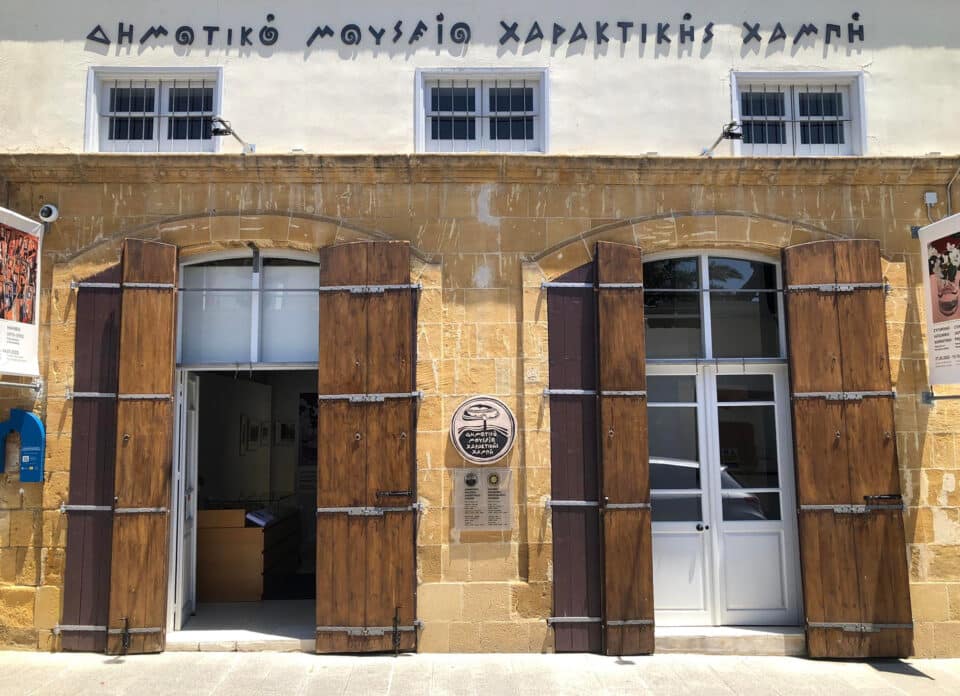 In an atmospheric corner of Nicosia, a museum tells the story of one of the island’s oldest crafts finds PAUL LAMBIS

Housed in a traditional old building that was once a bakery close to the ancient buildings, monuments and renowned Venetian walls of Nicosia, the Hambis Printmaking Municipal Museum provides visitors with an understanding of the historical course of the art, its techniques and materials, through the rich collection on display. 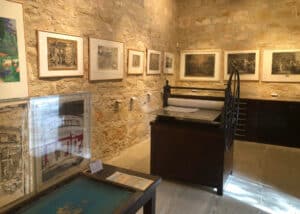 “The joys, beauties and traditions of the island are reflected and depicted in prints with landscapes, traditional elements of architecture and art from antiquity, and customs,” director of the museum Yiorgos Tsangaris said.

The museum is mapped out so visitors can navigate through the extensive collection of prints showcasing multiple techniques and methods of printmaking by international and local artists from the 16th century until today. Old books, maps, printmaking equipment, and engraved plates with prints are all included in the display.

Founded in 2019 as a subsidiary of the first Hambis Printmaking Museum in Platanisteia, a village in the Limassol district, the museum in Nicosia “aspires to promote the art of printmaking to a wider audience, enhancing and contributing to the work performed by the primary museum, interacting and complementing each other with parallel actions.” 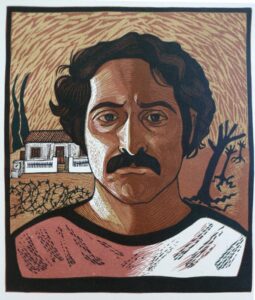 According to Tsangaris, his father, renowned printmaker Hambis Tsangaris, founded the first printmaking school in 1995 as a tribute to his mentor and teacher A Tassos, a Greek printmaker who rose to fame for his works on significant turning points in Greece’s 20th-century history.

Hambis – a refugee from Kontea, Famagusta – began making sketches and prints while working in his father’s fields, later drawing inspiration from politics and war. “My father grew up in an age of political upheaval, witnessing the tumultuous events that changed the island’s social landscape forever,” Tsangaris told Living. “He was studying in Moscow at the time of the Turkish takeover of Famagusta in 1974. He had travelled to Cyprus by ship for a brief visit, bringing with him a tent and vital supplies for his displaced parents and sisters who were living under the trees in the village of Xylotymbou.”

According to Tsangaris, his father Hambis documented political and social developments in his own unique way, honouring fallen patriots and highlighting the collateral harm of war. His artwork “depicts the dismal sadness of death, heartbroken mothers, refugees longing for their homelands, and of the missing for whom hope has all but disappeared.” 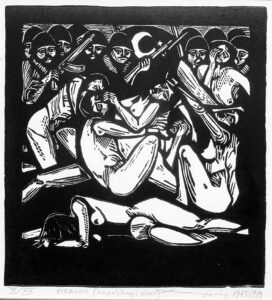 The imagery in several of Hambis’ later series, notably those featuring women who have stretched beyond politics to reunite over a shared sense of loss, reveals his desire for peace. “My father’s long-held aim of opening a printmaking centre and museum to share his expertise and advance the art form in Cyprus was realised in 2008,” Tsangaris said. “He created this museum out of a need to share his knowledge of printmaking with others.

“The School of Printmaking in the village of Platanisteia offers free workshops to everyone, whether they are novices or not,” he added.

The Hambis Printmaking Municipal Museum has hosted numerous distinguished printmakers since its founding, who have enriched the gallery’s continuously expanding portfolio. “The museum is a part of a large printmaking centre that showcases permanent exhibitions of both my father’s and his students’ works, as well as visiting exhibitions of other artists.”

Tsangaris is an artist in his own right. In addition to serving as the director of the museum, he is also a graphic artist and founder and creative director of Animafest Cyprus, the island’s official international festival of animated film, and one of the oldest film festivals.

“The museum fills a variety of needs. It is a place where we may go to ponder and be amazed by our incredible potential and accomplishments,” he said. “How we connect the past and make it relevant to our visitors today has always piqued my attention, so I am thrilled that the museum is a place where people can gather and have bold discussions.”