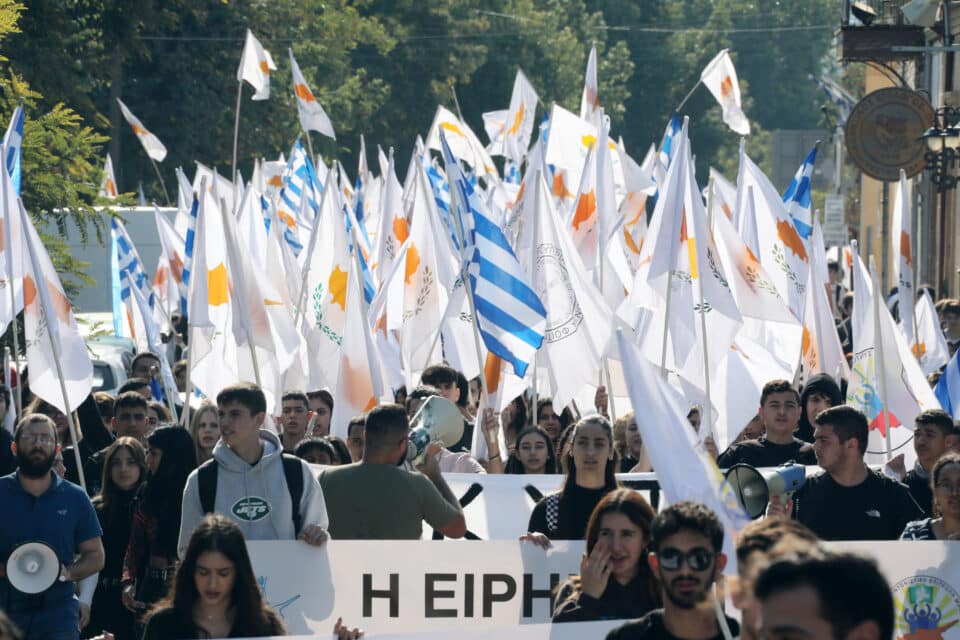 As is the practice every year on November 15 for the last 39 years, Greek Cypriots condemned the unilateral declaration of independence with the customary fiery statements and pledges to continue the struggle for the liberation/reunification of the country.

The other tradition, involving secondary schoolchildren walking out of school to protest against the creation of the pseudo-state, was also honoured, predominantly in the cafés and fast food establishments of the towns.

November 15 is just one more anniversary to condemn and protest, even though it is doubtful it means anything to the teenagers that happily walk out of school for the day.

It is also rather ironic that we mark the anniversary of the establishment of an entity we do not recognise with special condemnations and student protests. If we do not recognise the ‘TRNC’, surely, we should ignore the anniversary of its establishment rather than give it a certain degree of credibility by protesting about its coming into existence.

We are, in effect, undermining our official line, that it is a breakaway, unrecognised entity, by acknowledging its existence with special events and protests.

Of course, there is no place for philosophical enquiry in the Cyprus problem, which is all about declarations, gestures, big words and wishful thinking. Nobody seems remotely interested in the hard facts, which exemplify the failure of our policies of the last 30 years, a failure that cannot be disguised by defiant rhetoric and condemnations of Turkish actions, which are necessary but achieve nothing of practical import.

Partition, which had been the objective of the late Rauf Denktash since 1958, has been all but realised because we have spurned every opportunity we have had since then to prevent it happening, the last one in 2017. Our leaders, having fed people with unrealistic expectations of a settlement, never had the courage to reach a compromise, opting for the false safety of the status quo, while presenting this as a victory for our side.

Now it is all about preserving the Cyprus Republic, which has surrendered control of 40 per cent of its territory to Turkey, and preventing the recognition or upgrading of the pseudo-state.

This lamentable failure is covered up by our politicians by marking the ‘black anniversaries’, issuing hard-hitting announcements against Turkey and blaming the UN, Nato and the EU for their failure to deliver anything other than the maintenance of the status quo.

A status quo which is the realisation of Turkey’s long-term objective in Cyprus. We seem content to condemn the unilateral declaration of independence every November 15.

Pay gap shows women only earn 90% of what men do