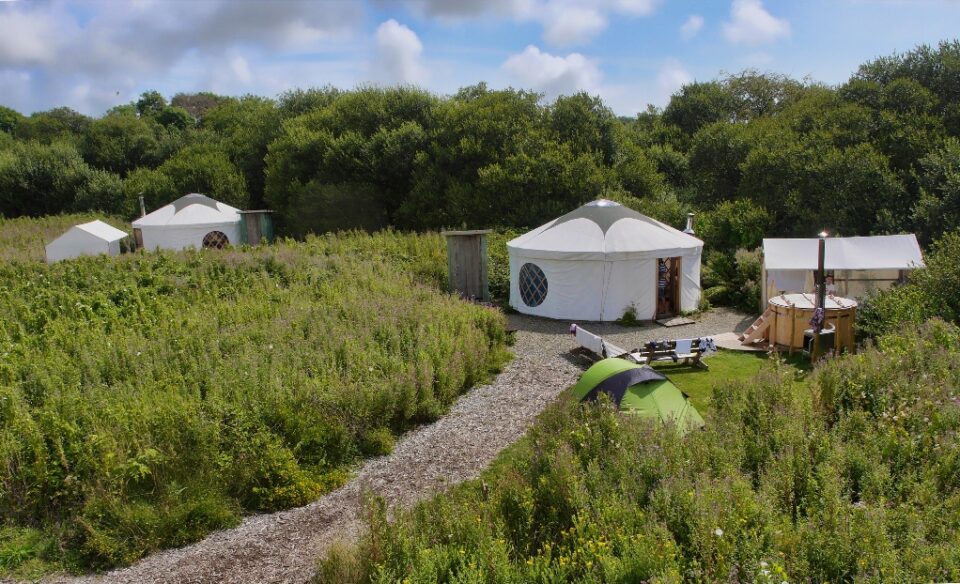 Amendments to legislation to make space for glamping, a proposal that had previously been rejected by the House, were discussed by the House commerce committee on Tuesday.

The issue of glamping found its way back to the table with an amended bill proposal following the original bill’s rejection by the House back in July. At the same time, Disy leader Averof Neophytou, proposed the adoption of legislation for the establishment and operation of tourist farms licensed by the deputy ministry of tourism.

The establishment of farms that can be visited by tourists would create opportunities for vegetable and cattle farmers to generate additional supplementary income, committee chair Kyriacos Hadjiyiannis said after the session.

He added that the idea was welcomed by those participating in the discussion, and that suggestions will be taken seriously for the legislation to be completed and implemented as soon as possible.

“There are huge numbers of interested visitors in the world who would like to experience some days in a natural environment, in an agricultural activity,” he added.

Regarding the bill on glamping, Hadjiyiannis said it is being re-submitted, after it was rejected by the plenary, taking into account the environmental concerns raised by the House at the time to avoid any misuse or indiscriminate actions and developments.

“We have made good additions, and the text will be completed and be before the House plenum soon”.

Michalis Yiakoumis of Dipa said that the amended bill for glamping-type camps includes provisions for the protection of the environment, the installation of plumbing and sewage systems, and photovoltaics.

“Both luxury camps and tourist farms will enrich the tourism product of our country, contribute to the development of the mountain regions and create a new category of tourism, based on the experience and education of the visitors,” he said.

“Beyond the sun and the sea, our country can make the most of the countryside, both to upgrade our tourism product and to strengthen the economy,” he added.

Akel deputy Costas Costa alluded to delays in the drafting of the relevant bill, saying that deputy minister for tourism Savvas Perdios had claimed 15 days ago that it was almost ready despite his ministry saying it was being prepared for the past two years.

“The town planning department is not ready to tell us where glamping will be allowed and they will classify it under special developments, which could be anywhere,” he said.

“To top it all off, the environment department, which we expected to be combative, even to prevent the construction of glamping, made recommendations, which relaxed its operations by abandoning the implementation of the eco-label because it is considered difficult to implement,” he said.