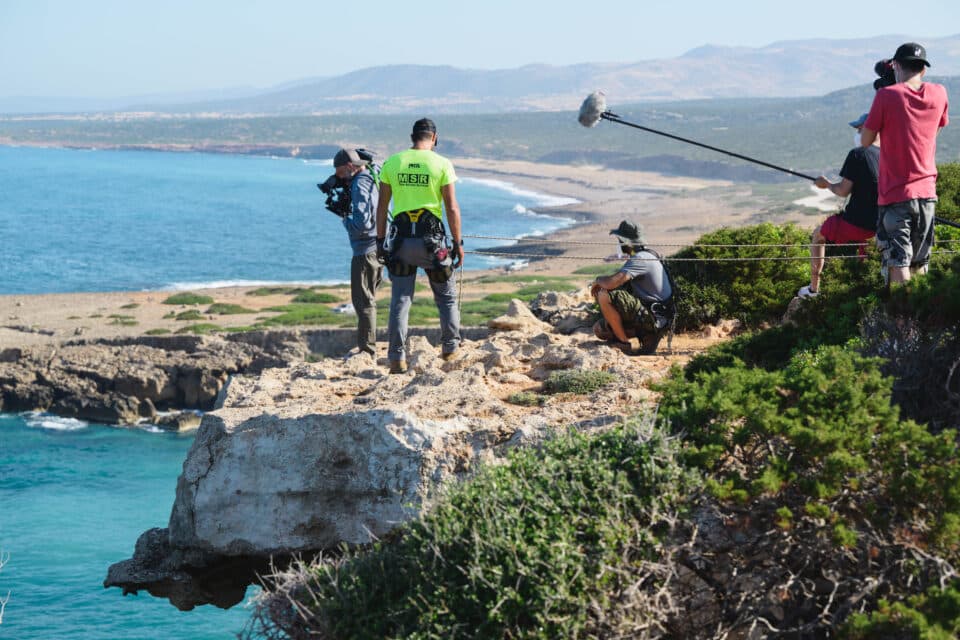 National investment agency Invest Cyprus on Tuesday released a statement welcoming yet another international production that chose to shoot in Cyprus.

“Earlier this week, it was revealed that a four-part series entitled Love Rat would be filmed in Cyprus,” the agency said.

According to the agency, Channel 5, the third largest commercial TV station in the UK, and owned by leading global media and entertainment company, Paramount Global, recently announced the commission of Love Rat, an escapist fantasy which transforms into a terrifying psychological thriller, made by Chalkboard’s scripted sister company, Clapperboard, and distributed internationally by Entertainment One (eOne).

Clapperboard Studios is the scripted label and partner company of Chalkboard, who previously produced Cold Call in 2019, and Storyboard Studios in Scotland.

In addition, Clapperboard has produced a diverse range of dramas, including the critically acclaimed The Teacher, the ratings-winning Intruder and the hit comedy-drama The Madame Blanc Mysteries for Channel 5.

What is more, Entertainment One Ltd (eOne) specialises in the development, acquisition, production, financing, distribution and sales of entertainment content.

As part of global play and entertainment company Hasbro, eOne’s expertise spans film and television production and sales, production, distribution and brand management of children’s and family properties, as well as other digital content.

Meanwhile, Love Rat has been preapproved for the Cyprus Film Scheme, often referred to as Olivewood.

The production begins filming in Cyprus this month and is due to air on Channel 5 in 2023.

According to the statement, the four-part series will follow recently divorced Emma, played by Sally Lindsay (The Madame Blanc Mysteries) as she enjoys a whirlwind holiday romance with charming hotel proprietor, Niko, played by Alexis Georgoulis (The Durrells) on the paradise island of Cyprus.

When she realises that Niko and his partner-in-crime George, played by Ramon Tikaram (Pennyworth, Brassic, The Great), have scammed her out of her life savings, she embarks on a dangerous mission to get her money back, aided by ex-husband Pete, played by Neil Morrissey (Line of Duty, Unforgotten).

Polly Buckle (A Discovery of Witches) is the lead writer, and Katherine Churcher (Grantchester, Killing Eve) has joined as director.

“Love Rat is a brilliantly entertaining story, full of twists and surprises; it really turns the topic on its head which is what drew me to the project,” Sally Lindsay said upon joining the cast.

“Emma is an interesting and layered character that everyone will be rooting for as she takes control of her situation and her destiny,” she added.

On the new addition to Channel 5’s slate, Sebastian Cardwell, Deputy Chief Content Officer, Paramount UK said that “I’m really happy to work once more with the creative and talented team at Clapperboard Studios to bring Love Rat to screens, and with a stellar cast including Sally Lindsay, who our viewers know and love as Jean White in The Madame Blanc Mysteries and in Cold Call prior to that”.

“Expanding Channel 5’s original drama slate, this psychological thriller promises to be one to remember,” he added.

Mike Benson, Managing Director, Clapperboard explained that “in developing Love Rat, we were determined to avoid some of the cliches and tropes you might expect when exploring such a provocative subject matter”.

“Polly and the team have done a brilliant job adding nuance, surprise and authenticity to the story and characters – and of course, it’s lovely to be working once more with the multi-talented Sally Lindsay,” he added.

“We are thrilled that Channel 5 and Paramount have approved and are now supporting a production in Cyprus,” Eleftheriou said.

“Olivewood is steadily gaining traction as an audiovisual production destination. Invest Cyprus will continue to promote and support international productions that recognise Cyprus’s benefits and choose it over many other locations,” he concluded.