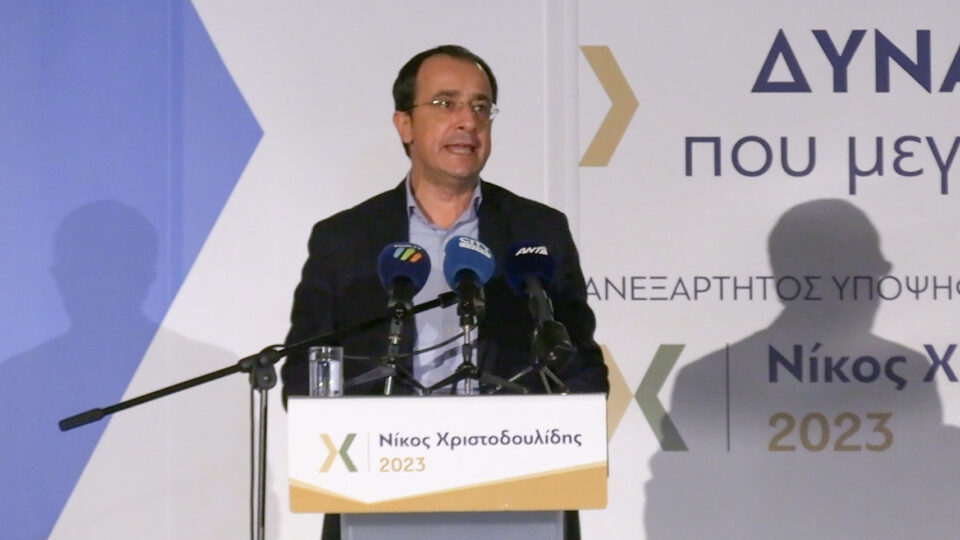 It is very difficult to understand why Diko took such offence over the publication of a memo it had supposedly drafted in which it set the conditions for backing the presidential candidacy of Nikos Christodoulides.

The party insisted that no such document existed, alleging that it had been fabricated by Politis, which countered that the memo had been circulated among the closed circle of the Diko leadership team.

There was nothing in the memo that should have caused any major embarrassment to the party, as it tried to address the two areas on which there were differences between the two sides – Cyprus problem and corruption – and set certain conditions for the post-election relations between the two sides.

Election alliances are always based on agreements between a candidate and his party backers, so why is Diko implying no such arrangement exists with Christodoulides? Has the party decided to back him unconditionally?

Although the candidate’s election team refused to comment on the matter, Christodoulides offered some platitudes as a response, telling Omega TV on Monday that the only agreement he had made was with the Cypriot people through his election programme.

“I will be judged on this and will not engage in this type of discussion,” he said, adding that the secret agreement “does not exist.”

He said the claim of a secret agreement was an attempt to send a message to Disy people, who supported his candidacy, that he belonged to a different political grouping, and this was not true. He remained a Disy man.

Christodoulides wants to have his cake and eat it. He is an independent candidate, who remains a Disy member, even though he has completely ignored the decisions of his party for the elections and is standing against his party’s candidate. And he has secured the backing of Diko, Edek and Dipa, even though he belongs to Disy, without offering anything to these parties in exchange for their support.

These parties will be backing a dyed-in-the-wool Disy man for the presidency, without asking for anything in exchange, because they respect his alleged independence. It could not even be claimed they support his political positions, because, if he has any, he avoids airing them in public.

The Diko memo annoyed Christodoulides and his backers, not because it contained anything damaging or inappropriate, but because it undermined the carefully drafted narrative the candidate has been serving the voters.

That he is a Disy man, but also an independent, backed by the opposition parties, to which he has made no commitments, as they asked for nothing in exchange for their vote, because they respect his independence.

This is the narrative – fairy-tale is a more accurate term – Christodoulides has successfully served the voters and cannot allow reports about secret agreements undermine it.