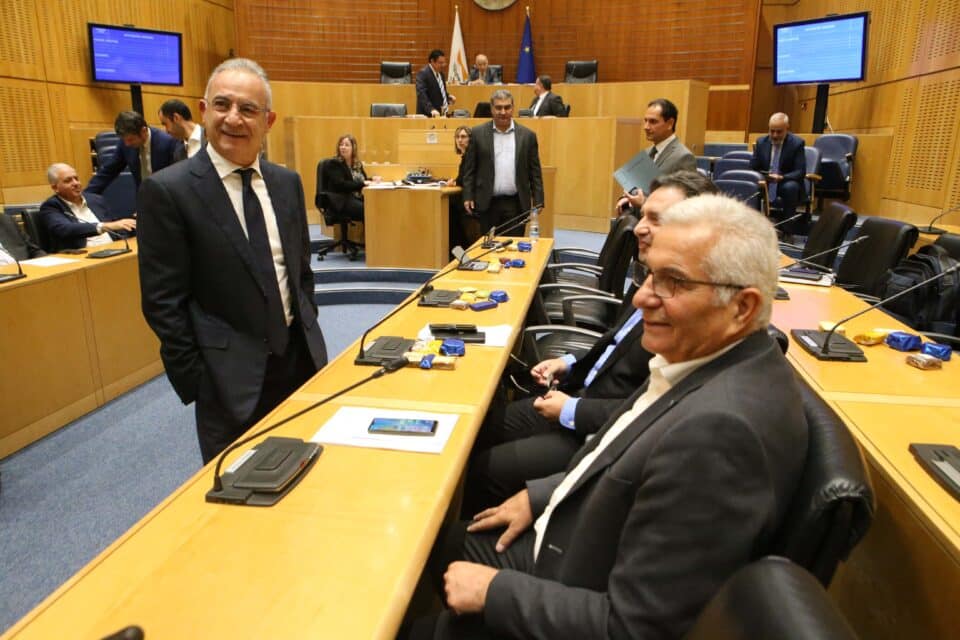 Junior opposition party Dipa on Tuesday confirmed they would be voting for the 2023 state budget, making parliament’s passage of the bill all but a foregone conclusion.

Speaking on the House floor during the first day of the budget debate, Dipa leader Marios Garoyian said despite any disagreements with government policy, his party’s MPs would act “responsibly and without populism and vote for the budget”.

But this, he qualified, “should not be construed as an endorsement of the administration’s economic and fiscal policy”.

With the Dipa votes, plus those from Diko and ruling Disy which are guaranteed, the budget bill has enough support to pass.

It would avoid a repeat of the complications of December 2020, when for the first time ever the House voted down the state budget. The bill was defeated mainly because Diko deviated from their norm, deciding to join Akel, the Greens and the Citizens Alliance in voting against.

So far only main opposition Akel has announced it will vote against the budget bill.

In his remarks, Garoyian said the budget vote comes at a time when humanity “faces the worst crisis since World War II, a crisis in full swing and which no one can predict its outcome or consequences”.

The politician said also the timing coincides with the conclusion of the ten-year administration of Nicos Anastasiades. It is thanks to the efforts of the administration, he noted, that Cyprus has managed to leave behind the previous financial crisis.

“It was the decade of the haircut of deposits, declining incomes, rising unemployment, food banks, creeping poverty, shrinking purchasing power for households, growing social imbalances and when the dreams of the younger generation were clipped.

“But,” he added, “it was also the decade of recovery for our economy.”

Noting that corruption stands in the way of drawing “serious foreign investment” to Cyprus, Garoyian said it also denies resources that could be diverted into education, healthcare and welfare.

On the issue of property foreclosures – on which parliament and government have tussled – the Dipa boss wondered why, so many years into the debate, has it not been possible to deal with the matter in a rational way. He asked how difficult it would be to separate strategic defaulters from those who genuinely are unable to repay their debt.

In his own remarks, Diko leader Nicolas Papadopoulos likewise gave credit to the Anastasiades administration for its handling of the 2013 financial crisis in partnership with the troika of international lenders.

But whereas its first five-year term was positive on balance, the second term was marred by “significant failures”.

Such failures included the demise of the co-operative bank – run by the state just before it went bust – the ‘golden passports’ affair, and the government’s relentless attacks against the auditor-general.

Papadopoulos said that although the economy has proved quite resilient in the face of the energy crisis and the fallout from the conflict in Ukraine, inflation and unemployment – though declining – remain relatively high for Cyprus standards.

“On a human level, we note that unfortunately, the high cost of living will squeeze vulnerable groups even more, particularly our pensioners. And already, one in seven households are deprived of essential goods such as water, electricity and food.”

For his part, Greens leader Charalambos Theopemptou focused on climate policies – an area where he argued the current administration has failed.

“All of humanity, except for Cyprus, is concerned with the climate crisis, particularly right now with the war in Ukraine and the climate summit in Egypt. But this government’s sole preoccupation with this subject lies in submitting policies to the EU which it never subsequently implements.”

Citing a “classic example” of this, Theopemptou alluded to Cyprus’ undertaking to plant one million trees by 2030.

“But neither the municipalities, nor the communities, nor the land registry allow anyone to plant. Basically, they passed the buck to the next administration to plant more than 140,000 trees a year, or about 400 trees a day.”

Stepping up the podium, Akel head Stefanos Stefanou started out by stating his party would give the budget the thumbs-down.

“We have no choice, as this budget has the same logic and philosophy as previous budgets we have voted against.”

Stefanou gave the government a “negative grade”, saying that during its tenure “our country and society have taken steps backward instead of forward.”

Amid GDP growth, he noted, salaries are being constricted. “The economy is growing, but workers do not receive what they deserve. The distribution of generated wealth is done in such a manner that consistently inverts the relationship between capital and labour.”

On Wednesday, the second day of the budget debate, the House plenum will convene at 9am with a break at 1pm and continue from 3pm until 8pm.

The debate will continue Thursday until 6pm, followed by the vote.

The 2023 budget provides for total revenues of €11.7 billion and expenditures amounting to €11.3 billion, resulting in a fiscal surplus of €0.46 billion, corresponding to 1.7 per cent of GDP.

It features an increase of 12 per cent in development projects, increased social protection spending, while debt servicing expenditure is estimated to drop by €500 million.