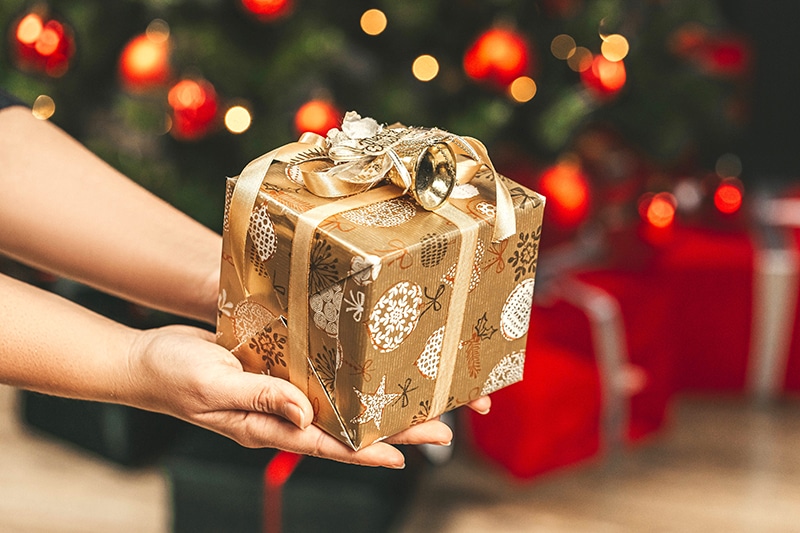 According to recent research, there are 10 gifts we give and receive each Christmas. ALIX NORMAN finds out whether her 2022 presents make the list!

The Christmas research is in! The Top 10 most popular recurring gifts (the stuff we give or get year after year) can now be revealed, and there are more than a few surprises on the list!

Clocking in at Number 10 is pyjamas. Yes, it’s a fairly boring gift, especially if you’re under 30 and Christmas means exciting nights out rather than cosy nights in. But pyjamas are practical. They’re comfy. You can give them to anyone of any age (except, perhaps, ladies who pretend to prefer goose-bump inducing lingerie). Pyjamas say ‘let’s break out the cocoa and watch Harry Potter’. Or ‘shall we pile into bed and read stories together?’ They’re the 1950s of gifts: the sartorial equivalent of Norman Rockwell’s Freedom From Want, in which an improbably happy family gathers cosily around a turkey dinner.

At Number 9, we have something just as practical, but less exciting. Apparently the ninth most given Xmas gift is (wait for it!) …underwear! We’re not talking the aforementioned frivolous fripperies here, but good, stolid, last-all-year pants and knickers; the stuff you buy from M&S and wear till the elastic gives out. As presents go, this is the least thrilling on the list (except for number 7 – just you wait!). But again, underwear is something that all of us need. And it does adhere nicely to the ‘Christmas Rule of 4’ that gained traction during the recession: ‘Something they want, something they need, something to wear, and something to read.’

Moving on, Numbers 8, 7 and 6 all fall into roughly the same category: self-care. But within that, there’s a huge difference. The eighth most-given Xmas gift is skin products – creams and serums and whatnot; the expensive stuff you wouldn’t buy for yourself but drop heavy hints about to your partner.

Number 6 (yes we’ve skipped one; you’ll see why in moment) is in a similar vein: self-care products. This can range from bath bombs for your aged aunts to for-goodness-sake-shave-your-beard clippers for the husband. Basically anything that falls into the ‘this will help me look/feel better category’.

And now, for Number 7 – a faintly suspicious addition to the list. The original Top 10 was provided by a fairly reputable online media group, and fits in nicely with more general surveys from Statista, which cite generalised categories (hobbies / clothing / food and beverage) rather than specific gifts. But we can’t help but wonder if there were a few kickbacks involved in the compilation of this list. Because clocking in as the seventh-most given gift (and supported by various quotes from a supposedly impartial Arm & Hammer dentist!) is the humble toothbrush.

Tell me this: have you ever, in your life, given anyone a toothbrush for Christmas? I mean who wouldn’t mind a top-of-the-line electric jobby that does everything except wash the dishes? But not as a present. And not at Christmas. Honestly, I’d rather have the underwear thank you very much – although, note to my other half who I know is reading this, both will see you in the doghouse to January! 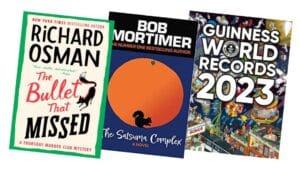 Right. Down to the final 5. And though it would be nice to have five gold rings, this one is almost as good: books! After the toothbrush debacle, this quite restores one’s faith in humanity – if we’re all giving the gift of knowledge for Xmas, how bad can we be? This year, amazon.uk’s three most gifted books at time of press are Richard Osman’s The Bullet That Missed (a follow up to the excellent Thursday Murder Club); The Satsuma Complex (a debut novel from British comedian Bob Mortimer, which is billed as ‘noirish fiction with a surrealist humour’); and Guinness World Records 2023 (wherein you can check out Cyprus’ most recent record!).

At Number 4, we get make-up – a bit sexist, though it shouldn’t be; who says men can’t wear make-up? And at Number 3 there’s cold hard cash, a highly divisive gift. Money or gift cards always tend to feel a bit I-haven’t-put-any-thought-into-your-present. Most of us would far rather receive something cheap; a gift that shows someone cared enough to find something uniquely suited to your character. But on the flip side, it’s nice to be able to choose your own present rather than fight the post-Christmas exchange crowds, isn’t it? 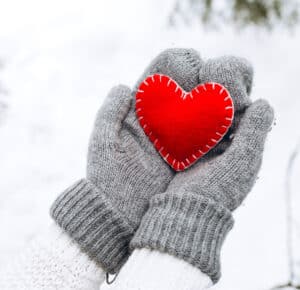 In at Number 2, we get anything homemade. And, coming off a few years of Covid, this is a category that’s recently soared. Over the course of the pandemic (and even now, given the supply chain crisis and our general lack of liquidity), millions of people worldwide took to homemade gifts. Those who’d couldn’t tell one end of the scissors from another were suddenly hitting up Pinterest for inspiration, breaking out the glue guns and newspaper to craft unique presents. The backlash against faceless online retailers also fed into this trend. And though it’s a rare teenager who appreciates a hand-made scarf, anything you’ve made yourself (or possibly bought on Etsy) is generally a winner with parents and grandparents.

And so to Number 1, the most given recurring Christmas gift of all time: chocolate. Including everything from tins of Quality Street (love the orange, hate the pink) to a beautifully wrapped box of Pralina’s finest, chocolates are the ultimate in presents. Granted, they’re not the neat little convertible you had your eye on (or the toothbrush you didn’t). But they do tick all the right boxes: practical, indulgent, affordable, and something you wouldn’t buy for yourself. Although – and I speak from personal experience – there is one HUGE problem with this gift. Unless you wrapped up those chocolates the minute they entered the house, you’ll have spent most of December rushing out to replace the boxes you’ve eaten!

Christodoulides Cyprob manifesto, a lot of noise signifying nothing