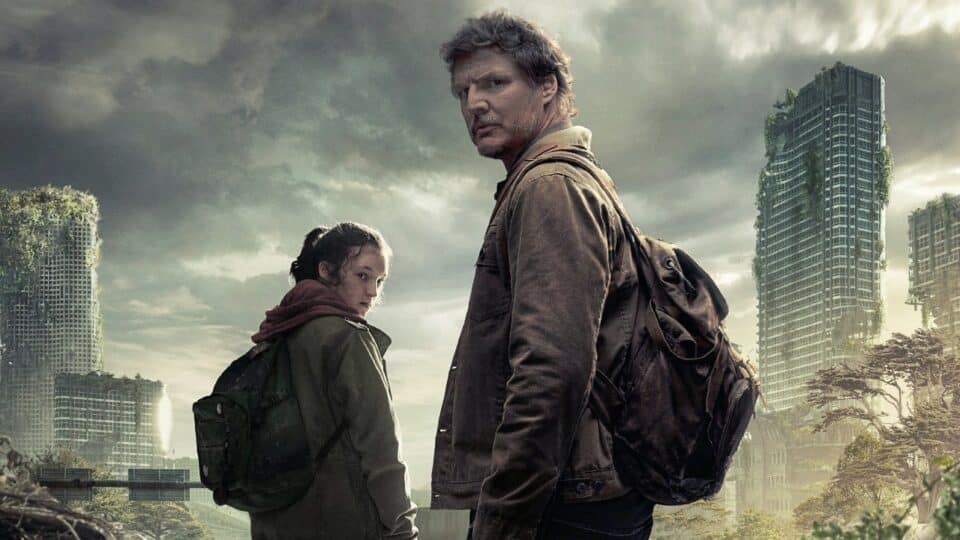 TV shows and films based on video games have a bad history. In keeping with much of the world, CONSTANTINOS PSILLIDES is impressed with the latest show, which has reassured core fans it knows where it came from

Hollywood has been trying to capitalise on the gaming industry’s success since the days of that coke-fueled fever dream called Super Marios Bros, a 1993 adaptation of the Nintendo mega-hit, starring Bob Hoskins of all people.

Sidenote: do yourself a favour and look up an interview with Hoskins saying how he was told by his kids that he was playing a video-game character, only for him to soberly remark, “I used to play King Lear”.

Since the days of that disaster, video game adaptations have increased in frequency and decreased in quality. As a rule, though, video-game adaptations either veered so far away from the source material as to be unacceptable to gamers or stuck to the gaming origin with such religiosity as to make it unwatchable by cinemagoers. There were a few exceptions here and there, Sonic being one of them.

I adore the The Last of Us game, a survival horror in a post-apocalyptic future with such a surprising heart and nuance. But when news broke that HBO would be adapting it I prepared myself for the worst.

Here’s the story: the world has been decimated by a fungal infection, which first spread in 2003. Twenty years later, survivors organised themselves in heavily fortified quarantine zones, living under a military dictatorship. The only ones opposing the new regime are a rebel militia called The Fireflies. Joel, a 50-year-old smuggler, is trying to make it through this horrifying future but has his whole life turned upside down when he is tasked by one of the rebel leaders with escorting a young girl called Ellie. The pair must travel from Boston to Massachusetts, where the Fireflies headquarters are. The trek there is no cakewalk, as they have to deal with roaming bandits, bands of stray militia and the most significant threat of them all: the infected. It turns out the fungal infection is a parasitic one, deforming the host, taking over its mind and forcing it to spread the disease to as many people as possible by biting them.

Clicking play, I had already set the bar extremely low: “acceptable” was what I was looking for, thinking that if this was a flop, I could always turn to the soothing embrace of the actual game.

Boy, was I wrong.

The pilot episode of The Last of Us might be the best video game adaptation to date. Game creator Neil Druckmann partnered with Craig Mazin, the writer and director for the fantastic mini-series Chernobyl, and produced what could be the best show of the year! The creators kept the core story and ambience, and any artistic liberties they took served only to enhance the experience.

In a stroke of brilliance, the episode begins in the 60s, with an epidemiologist explaining to a TV audience how a pandemic could ravage the world. Eerily unsettling, considering Covid, it sets the stage perfectly for the rest of the episode to unfold.

Pedro Pascal is introduced as Joel, masterfully relaying the gruffness and cynicism of a man who has been through unimaginable emotional trauma and is now a broken shell, indifferent to the pain and suffering around him. Another nod to gamers was an intense car scene lifted shot-for-shot from the game, a non-subtle assurance to core fans that the series knows where it came from.

Depicting a post-apocalyptic Boston is where that HBO budget truly shined, confirming to fans that this is not a cheap cash grab but a sincere, high-budget attempt at making a top-shelf series.

Fiery, rebellious El is soon introduced, played by another Game of Thrones alum Bella Ramsey, an almost spot-on portrayal of the video game character. El is the beating heart of the game, an emotional anchor for Joel, but she is no fragile princess. People who cross her usually find themselves at the business end of a shotgun.

With the promise of horror and danger lurking in the episodes ahead, The Last of Us is off to a great start. It established itself as the rare adaptation that respects the source material without being bound to it to the degree that is detrimental to the adaptation. Will the rest of the series be as good? No one knows but judging by trailers and other promotional material, it certainly looks so.

I can’t wait for the next episode! Wait, was that a click?

Green comet not seen since the Stone Age approaching Earth