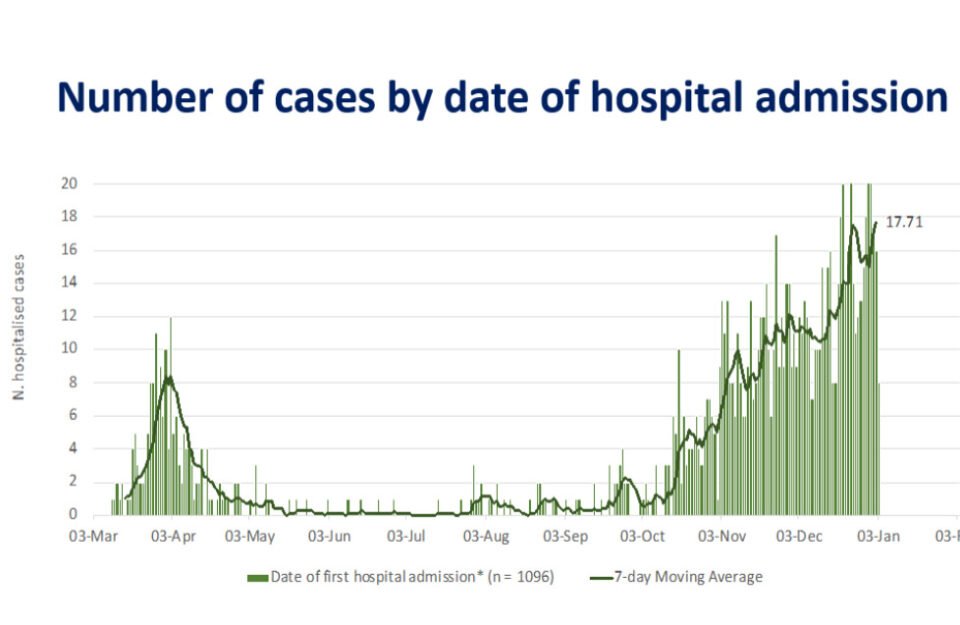 Last week 22 people with coronavirus died, making this the deadliest week since the beginning of the pandemic, the latest data released by the health ministry on Tuesday showed.

According to the same data, more than one in four coronavirus-linked deaths concerned elderly people living in nursing homes.

The highest frequency of deaths occurred in the 80 to 84 age group.

More than half deaths recorded so far, 52 per cent, were in December, which saw the highest number of deaths (85) of people with coronavirus since the beginning of the pandemic.

During the last week, the largest number of deaths was recorded – 22 – representing 13 per cent of all deaths.

In total 26 per cent of all deaths, 43, concern people who were living in nursing homes. Most of these people, 32, died in hospital.

More than nine in 10 people (91 per cent) died in public hospitals.

Forty-one people of the 85 who died in December were residents of the Nicosia district while 27 were from Limassol.

According to the latest national surveillance report, between December 20 and January 2, a total of 5,455 cases were diagnosed. The median age was 38 years. The 14-day cumulative diagnosis rate, which reflects the number of active Covid-19 cases in the population, was 614.3 per 100,000 population.

Among all cases diagnosed during this period, 2,139 were in the Nicosia district, 1,470 in that of Larnaca, 1,098 in Limassol, 323 in the Famagusta district and 319 in Paphos. Another 106 cases were reported either in the British bases or had a residence abroad, or information was not available. The majority of cases, 98.8 per cent, were locally-acquired.