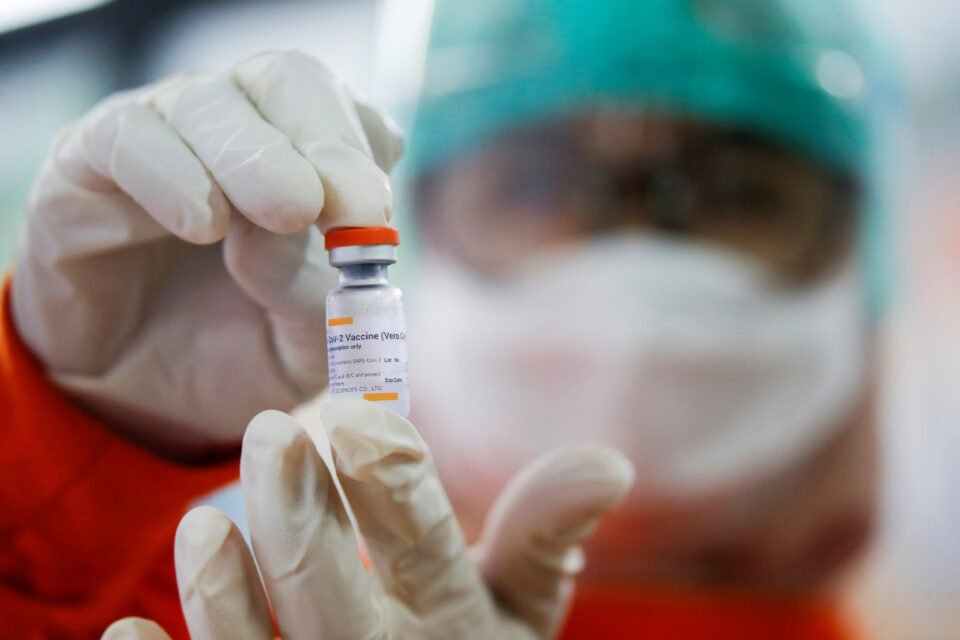 The first batch of Chinese Sinovac’s vaccines arrived in the north early on Thursday from Turkey.

An ambulance plane carrying 20,000 doses arrived in the north at around 5am.

The vaccinations are expected to start within the week. Turkish Cypriot leader Ersin Tatar is expected to be the first to be vaccinated.

‘Health minister’ Ali Pilli told media that 5,000 healthcare workers would be vaccinated first while priority would be given to people over 85 and to vulnerable people.

Pilli said that nine vaccination centres have been set up and would be increased to 15 in the coming days.

He said the aim was to vaccinate 80 per cent of the population in the north.

The Turkish Cypriot community is also due to receive part of the vaccines reserved by the EU for Cyprus.

According to reports in the north this week, the first 2,000 Pfizer doses were expected to be delivered to the Turkish Cypriot side soon, but Tatar on Wednesday said that unless the vaccines are delivered directly via the EU and not through the Greek Cypriot side, they would not agree to receive them.

These statements stirred strong reactions in the north prompting Tatar’s office on Thursday to provide explanations.

Tatar’s spokesperson, Berna Celik Dogruyol, said that they were closely following the process and accused the Greek Cypriot authorities of creating bureaucratic difficulties that prevented the vaccines’ delivery.

She also said that the vaccine distribution plan was prepared in consultation with European Union officials, and that given that the bicommunal technical committee on health works with the UN, Tatar had requested the UN to take the necessary steps to deliver the vaccines to the north as soon as possible.

Dogruyol also called on the Greek Cypriot side to leave aside its “domineering mentality and political ambitions” and prioritise human health.

But later in the day the Cyprus News Agency reported that the bicommunal technical committee on health had agreed on the delivery of 2,000 Pfizer vaccine doses from the south to the north.

The deliveries to the north would commence early next week, CNA said. The Republic’s health ministry would be issuing a relevant statement in the Turkish language. Turkish Cypriots who are citizens of the Republic and are enrolled with Gesy, or hold a medical card, are eligible.

Take a deep breath and … meditate