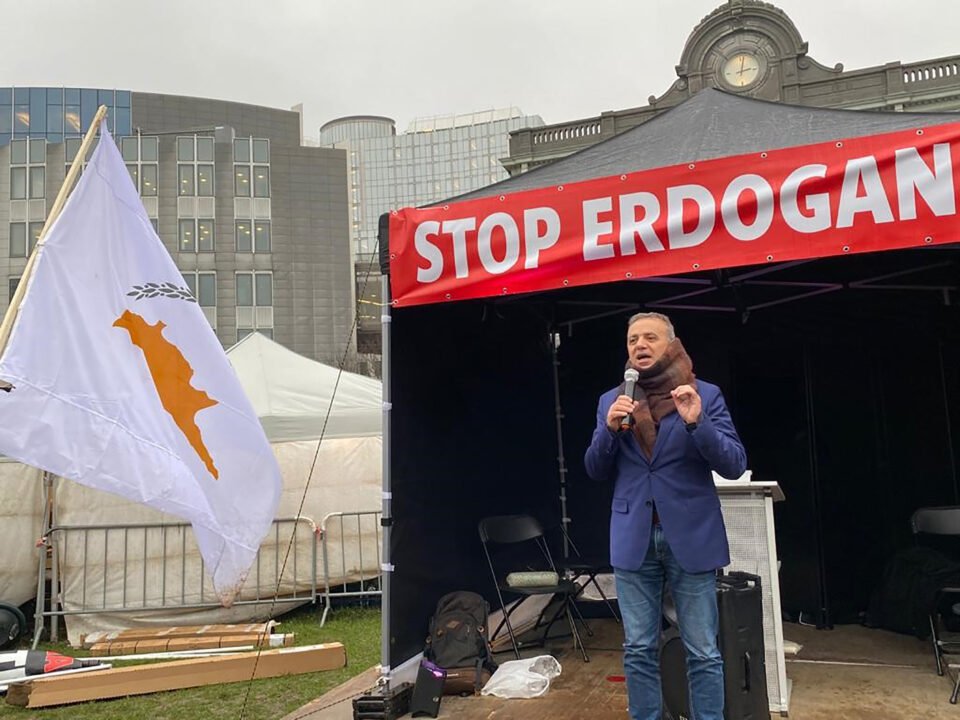 Costas Mavrides speaks at a rally in Brussels

Diko MEP Costas Mavrides participated in a protest in Brussels against the actions of Turkish President Recep Tayyip Erdogan.

The event, organised by an international coalition of 18 civil society groups that are “against the aggressive actions and crimes of the Turkish president”, held its first event outside the European Parliament under the slogan ‘Stop Erdogan Now’. The group calls for strict sanctions on Turkey by the EU.

Mavrides, who is also member of the Socialists and Democrats political group in the European Parliament, said during his address that he too had a dream, “just like Martin Luther King.”

“The historian of the future will look back and record that on this icy day in 2021, a small group of people committed to freedom, justice, human rights and peace, we launched an international coalition of citizens against Erdogan’s crimes,” he said.

Mavrides made clear that this protest was not against Turkish people but “against the neo-Ottoman behaviour of Erdogan and his government.”

The group, Stop Erdogan Now (SEN), identify themselves as “an international coalition of ordinary people and civil society organisations who are increasingly concerned about the threats to peace and security in Europe – as well as MENA and the Caucasus – posed by the aggressive actions of current Turkish president Recep Erdogan.”

Plant milk: the green, the bad and the ugly