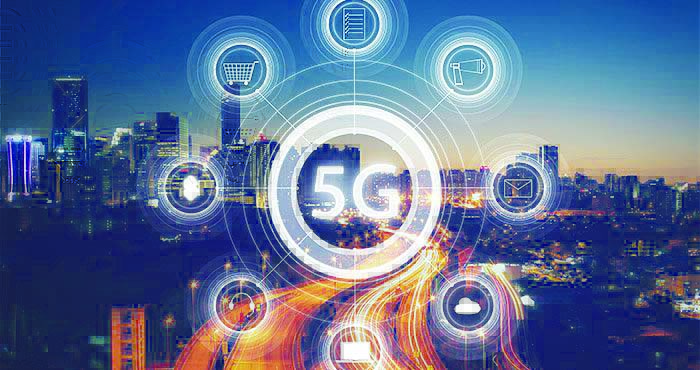 The  lack of trust in the government left people feeling uneasy about 5G even after studies failed to find any harmful effects on health, an assistant professor of cognitive neuroscience has told the Cyprus Mail.

With the fifth generation of mobile networks expected to be implemented in Cyprus during the first half of the year, Dr Nikos Konstantinou, assistant professor of cognitive neuroscience at the Cyprus University of Technology (Tepak), says there are several reasons why so many people are suspicious of 5G. Yet, when it comes to this pivotal part in the fourth industrial revolution, “there is no reliable evidence that there is anything harmful”.

Connectivity comes with many benefits which, if supported by the necessary infrastructure, will completely transform the quality of telecommunications and the way society operates.

But, according to Konstantinou, it’s all about lack of trust in the government. Apart from the coronavirus pandemic, 2020 was also a critical year for the reputation of the government following revelations by Al Jazeera concerning corruption within the ‘golden passport scheme’ and the rejection of the 2021 state budget for the first time in the 60-year history of the Republic.

“Trust in government bodies is at a low point. Lack of trust is a very big component in these conspiracy theories,” Konstantinou said.

According to the World Health Organisation (WHO) “current evidence does not confirm the existence of any health consequences from exposure to low level electromagnetic fields.” The research includes approximately 25,000 articles published in the past 30 years in the area of biological effects and medical applications of non-ionising radiation.

“Despite the feeling of some people that more research needs to be done, scientific knowledge in this area is now more extensive than for most chemicals,” WHO said.

Much of the information available in Greek concerning the new technology, however, is thought to be highly influenced by the government, and politics affect people’s judgement and opinion.

“Polarisation is very high and it pushes people to the extreme,” the professor added. “It’s a very complex issue and people prefer to take a conservative stance based on the ‘better safe than sorry’ philosophy.”

Another reason is the influence of social media on public opinion.

He recommended that the governments as well as scientists, should invest in building trust and communicate with the public in a way that allows the average citizen to understand the new technology but at the same time without omitting any important information.

“Firstly, we should pass the message that we are honest and transparent and then present the findings in a simple way,” he said.

“A hair dryer emits a lot more radiation than a mobile network,” he said.

But even though there is no evidence the new network poses a threat to humans, “WHO still recommends that we should keep studying it because radiation is everywhere”.

In terms of readiness, one of the provisional winners, Cyta, started testing the new network in the beginning of 2019 to examine the capabilities of the new technology and also to train and familiarise the company’s engineers with 5G. It was switched off at the end of that year awaiting the completion of the 5G licensing process by the government, Cyta CEO Andreas Neocleous told the Cyprus Mail in an interview last year.

Adopting a client-centred and transparent approach, Cyta has also prepared and uploaded on their website a large amount of information regarding 5G which includes an interactive map with all the cities worldwide that have implemented the new mobile network, the EU’s action plan for 5G and a Q&A with the most common questions regarding the issue.

Part of the information is devoted to whether 5G is safe for public health, including Cyta’s stance.

Cyta, who has more than 60 years of trustworthy  experience in telecommunications, said “the frequencies for 5th generation networks are part of the frequency spectrum that has been extensively researched for many decades.”

Listing the benefits of 5G, associate professor of artificial intelligence Savvas Hadjichristofis said society needs this upgrade and that “technology is a privilege and not a right.”

“Cyprus has nine universities and has the technical knowledge that only very few other European countries have. What it lacks is the infrastructure,” he said.

Once that necessary infrastructure is found, which is part of the European Commission’s joint approach for the implementation of 5G, the benefits of the new network will be available on the first day of its implementation, Hadjichristofis said.

Apart from faster connectivity and zero latency, 5G will help businesses digitalise and improve their services and achieve great savings in resources.

Dangerous professions will be made more secure by allowing certain actions to take place remotely, for example operating cranes.

5G is also crucial to the concept of ‘smart cities’ the AI professor said.

“Traffic lights will operate on real time traffic, which will increase traffic flow, reduce traffic jams and facilitate the faster response of ambulances and fire engines to accidents and fires.”

If a good quality telecommunication network is created, it will even reduce traffic accidents.

“Our children will not experience the same car accidents we do,” Hadjichristofis said.

Education is also expected to change after the implementation of 5G, reshaping and expanding the capabilities of distance learning, a form used widely during the pandemic.

“With 5G, you can use AR [augmented reality] and VR [visual reality] to learn at work, at home, from your commute, or anywhere else,” said Maya Georgieva, Director of Digital Learning at The New School and co-founder of Digital Bodies. “And machine learning and AI [artificial intelligence] can contextualise and personalise the information.”

For video game lovers, 5G promises to blur the line between reality and performance, movies, and gaming.

Augmented reality will offer gamers the possibility to use any space to play VR, thus everyday aspects of life, including running errands can be gamified.

“You get be an active participant in the narrative rather than just a passive observer. Do you like the Walking Dead? Great, you’re now engaged in a zombie apocalypse whenever you’re not at work.”

Navalny, WHO and Thunberg among nominees for Nobel Peace Prize