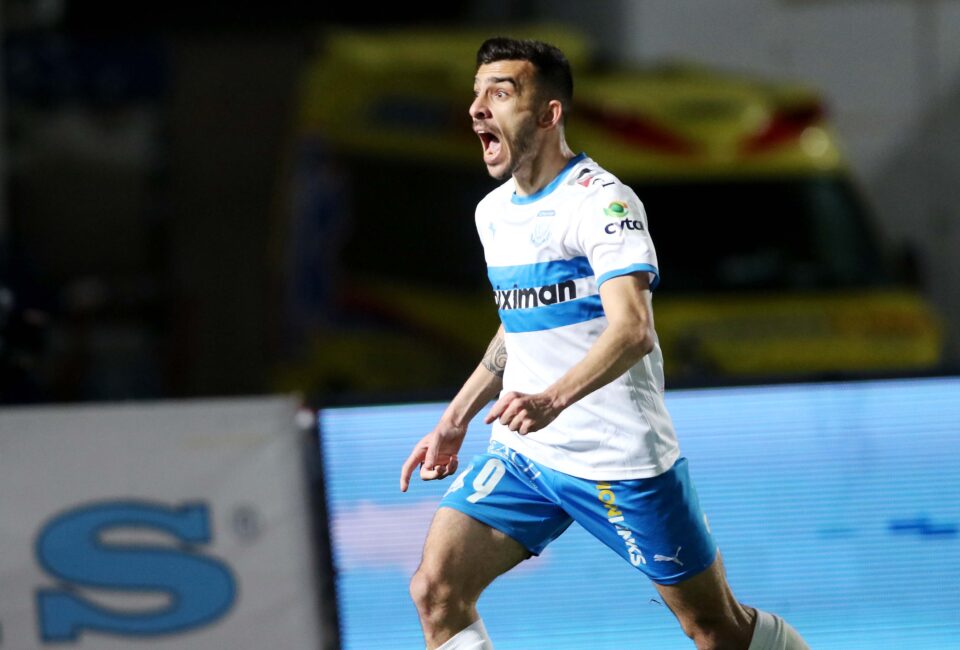 Apollon took full advantage of Omonia and AEL’s slip-ups on Friday evening by defeating Apoel 1-0 in Limassol a day later to go three points clear at the top of the Cypriot first division.

This was the first defeat for recently-appointed Apoel manager Savvas Poursaitidis who has been overseeing an uptick in form and confidence for the maligned Nicosia club.

The game was decided by an impressive goal by versatile Cypriot forward Giannis Pittas in the late stages of the game. Following a chested flick by teammate Nicolas Diguiny, Pittas used his right foot to bring the ball down from the air while simultaneously putting it behind defender Emilio Nsue and used his left foot to instantly slot it past goalkeeper Miguel Silva.

Pittas had previously missed two promising opportunities to put Apollon ahead, a testament to his mental resilience as he managed to pull his goal seemingly out of thin air in the 73rd minute.

However, the tactical aspects of the game were overshadowed by the referee and VAR officials once again, with Apollon having strong complaints about an incident in the first half involving Apoel midfielder Marius Lundemo.

An Apollon attack had culminated into a half-volleyed shot striking Lundemo’s arm from close range before the player had any time to react. With the ball remaining in Apollon’s possession near the six-yard box and the goalkeeper neutralised, the referee decided to end the sequence of play and awarded a penalty. The penalty was subsequently stricken off after the referee was called to review the handball incident on the pitch-side monitor.

Handball debate aside, the hosts were puzzled as to why the referee would prevent them from attempting to score if he was in any doubt as to the legitimacy of the penalty.

In his post-match comments, Apollon press officer Fanourios Konstantinou confirmed that the club will be reporting referee Giorgos Nikolaou to the Cyprus Football Association (CFA).

“We decided to give the officials one more chance to determine whether certain things are human mistakes or weaknesses in their abilities.” Konstantinou said.

“Today, not only we had to beat a very capable Apoel, but also some external factors which I cannot name at the moment”, he added.

Meanwhile, Apoel manager Poursaitidis expressed his dissatisfaction with his team’s performance during the last ten minutes of the game but conceded that the hosts were the better side on the day.

“Apollon deserved the win, but we could have gotten a point with our chances in the last minutes of the game,” Poursaitidis said.

On Sunday, AEK registered one of their most impressive away performances of the season by defeating Pafos 1-4 at Pafiako stadium.

AEK manager Sofronis Avgousti called the result ‘important’ but did not want to linger on it.

“We are already focused on Anorthosis,” Avgousti said.

“We have to improve because the goal we conceded was the result of the opponent pressing us,” the AEK manager added.

Finally, Doxa’s win over Enosis on Saturday kept the other top six contenders at bay, particularly after seventh-placed Salamina’s draw with bottom-placed Ethnikos a day later.

Ramy: intrigue and truth in what divides us

Flurry of official visits ahead of planned five-party summit (Updated)