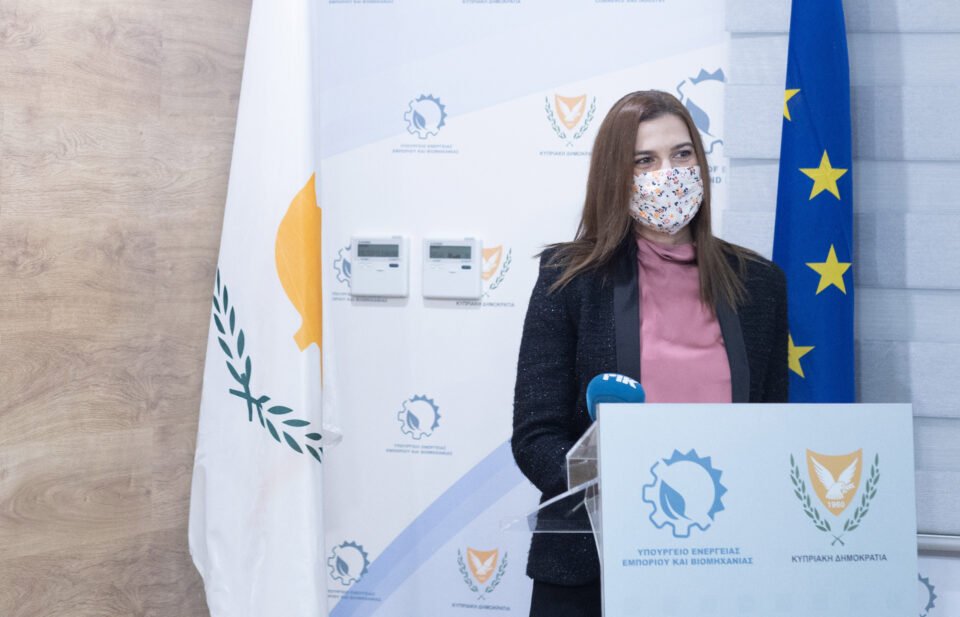 The government on Monday unveiled a series of upcoming schemes aimed at supporting businesses and helping them transition to the circular economy, with planned government disbursements of some €90 million for 2021.

“With targeted measures and policies we are moving forward to sustainable economic growth in the post-pandemic era. This year will be one of a regrouping of resources,” Commerce Minister Natasa Pilides said at a news conference.

Should Cyprus’ proposals to the EU be greenlit, Pilides said, the island can expect around €400 million in co-funding for subsidies to businesses and the ‘green economy’ over the 2021-2027 programme period.

That would be quadruple the amount allocated to Cyprus during the previous seven-year period.

Through the assistance, businesses would be nudged toward partnerships, digital transformation, and the creation of innovative products and services, the minister said.

The first such cofunded scheme, to be promulgated on February 9, is geared at boosting competitiveness in the processing sector – with €25 million allocated for this year alone.

Another scheme in the pipeline is one upgrading the energy efficiency of residential units, to be announced on March 9, with a budget of €30 million.

Also to be rolled out in 2021 are a scheme encouraging youth and female entrepreneurship, investment in the winemaking industry, processing of agricultural products, and digital upgrade programmes for businesses.

In addition, the government plans to restructure the Registrar of Companies and establish cottage industries as part of the secondary sector.

Regarding the fast-track licensing process for foreign companies setting up shop in Cyprus, launched some six months ago, Pilides said that so far six corporations have applied, while 30 more have expressed an interest.

For her part Panayiota Patsali, head of the Trade Service at the commerce ministry, said efforts will be redoubled to get Cypriot businesses to participate in trade fairs.

Noting that Cypriot exports have a great deal of growth potential, she said exports from 2015 to 2019 increased by 56 per cent.

Even during the pandemic situation, Patsali said, exports of key products like halloumi cheese and medicines saw an increase of 20 per cent from January to October 2020.

Export-oriented businesses must become more extroverted, she noted. The government will help with the Export Helpdesk, already operating under the commerce ministry, bringing businesses in touch with potential buyers.

And an ‘export coaching’ scheme will provide consultancy services to companies.

Emphasis will be placed on promoting halloumi and commandaria (sweet sherry) as distinctive made-in-Cyprus products.

The government will also subsidise business’ participation in online and virtual trade fairs.