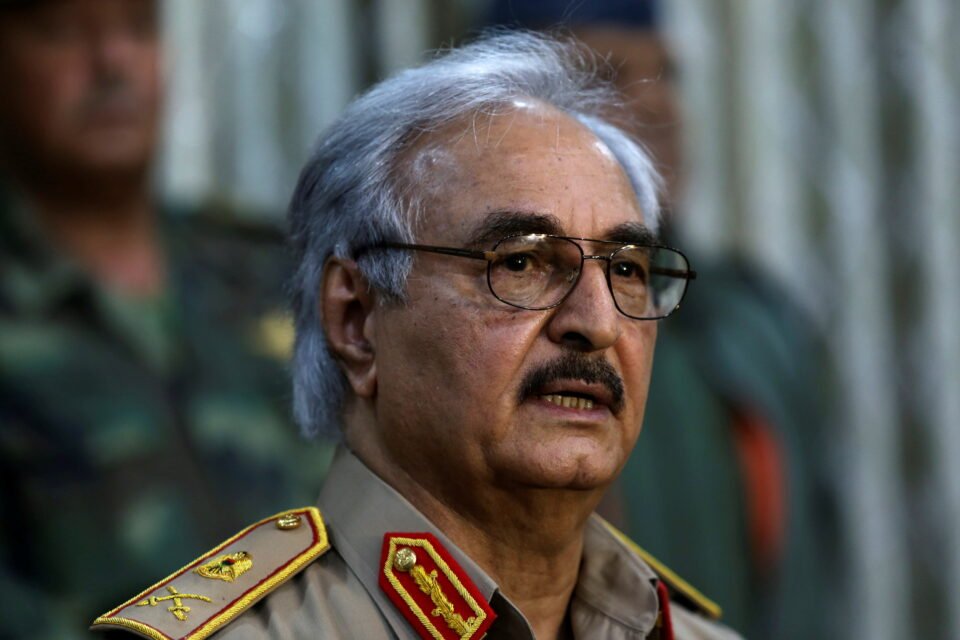 The last round of the voting process at the Libyan Dialogue Forum in Geneva on February 5, 2021 resulted in victory for a list of people that includes Muhammad Yunus Al-Manfi as Chairman of the Presidential Council, Abdullah Hussein Al-Lafi and Musa Al-Kouni as its two deputies, and Abdel-Hamid Muhammad Al-Dabaiba as Prime Minister, with a majority of votes Forum members. The results of the vote came as a surprise to many at the forum, which is considered the most important political initiative to end the political and institutional conflict in Libya after the Skhirat Agreement. Therefore, it is expected that the new team, which is not directly supported by strong forces on the ground, will face great difficulties in the next stage.

From dialogue to voting

Until the last moments before the final result of the poll was announced, expectations remained that the list headed by Aguila Saleh would win, given the importance of the candidates within it, politically, militarily and socially. Aguila Saleh, who comes from the influential Al-Obaidat tribe in the Eastern Province, has held the presidency of Parliament since 2014. As for Fathi Bashagha, who comes from the city of Misurata, he has become one of the leading figures in the political and security scenes in the capital and the Western Region. Since his appointment as Minister of Interior in the Government of National Accord, he enjoys a strong influence in a number of security formations in the capital.

The failure of the list of names headed by Saleh and the rise of the list headed by al-Manfi represented the surprise of the last round of the polls, as all of the candidates within it were not from the front-row figures in the Libyan political and military scenes, and had no direct involvement in the ongoing conflict in the country that has been going on since 2014. Its positions were biased towards one of the parties to the conflict during the recent war launched by the forces of retired Marshal Khalifa Haftar on Tripoli.

Osama al-Juwaili, the commander of the Western Military Region in the army of the Government of National Accord, is considered a pure military figure due to the position he occupies. In addition, according to the political isolation law that prevents any military person or anyone connected to the Gaddafi regime from running, the victory of Juwaili was a fantasy from the beginning regardless of its links to several militias in Tripoli and the Libyan West.

He graduated from the Air Force College with the rank of Second Lieutenant Fighter Pilot and was chosen among five officers to continue training students after the training courses and remained there until he resigned from the Air Force in 1993 and moved to the import trade and worked in this field. After the Libyan revolution of 2011, the Judicial Committee was formed, which is the committee that summoned the working and resigned officers to form a military committee, and he was one of the members of the Misrata Military Council.

This way, we can say that the military background of both Bashagha and Juwaili played an automatically exclusionary role in their exit from the race to run for the presidency of the Presidency Council or any position in the new transitional government.

It is no secret to anyone who is up to date with the Libyan file and the internal conflict, and the raging and bloody conflict between the Minister of the Interior of the Government of National Accord, Bashagha, and Field Marshal Khalifa Haftar, commander of the Libyan National Army for several years. The two men exchanged accusations and insults and the conflict even reached the point of Khalifa Haftar’s attack on the capital, Tripoli, to get rid of “traitors” and the militias affiliated with the Government of National Accord and the Turkish occupation. It is an issue that made the “loyal” and followers of Khalifa Haftar follow a policy of voting on any list, even if they do not know its leaders. What is important is that Haftar’s loyalists and the Eastern politicians vote against Bashagha taking any position in the new government or even approaching the final roles.

On all fronts, political and social and even cinematically, Russia played a major role in discrediting Bashagha, whose reputation was not the best, as everyone remembers the Russian film ‘Shugaley’, which tells the true story of a Russian sociologist who arrived in the Libyan capital, Tripoli on a humanitarian mission. He and his translator were kidnapped, arrested and thrown into Mitiga prison and tortured by GNA terrorist militias, without any official charges being presented against them.

It tells the story of the two researchers who found all the answers to important and sensitive questions about how terrorists from various terrorist organisations came to power in Tripoli, how the terrorist GNA government plundered the Libyan people, being those who support terrorists in the Libyan capital.

The film dealt with sensitive topics and revealed the truth of the GNA politicians, headed by Fathi Bashagha, who witnessed during the real-life events depicted in the film his own personal torture of prisoners in the inhuman Mitiga prison and his involvement in terrorism and corruption cases as well as terrorist figures affiliated with the terrorist organisations Al Qaeda and ISIS.

It was a matter that was greatly affected public opinion, whether Libyan or international, and conveyed the criminal truth of Fathi Bashagha, who personally supervised the arrival of Syrian mercenaries to fight in Libya.

The ‘Shugaley movie prompted the Russians to carry out a wide campaign against the heads of corruption involved in the kidnapping of their citizens, Maxim and Samer, as Russia portrayed in its two films Bashagha and Al-Mishri, head of the Supreme Council of State, who was previously a member of the Muslim Brotherhood, in the most horrific light. All these facts made the Libyan public lose their confidence in them and testify to their criminal acts.

After that, Russia tried to contact Fathi Bashagha several times to solve Shugaley’s problem for a year and a half, but all of these efforts went in vain, and the GNA Interior Minister rejected its calls. All these reasons made Russia resent Bashagha and wage a wide campaign against him.

Talking about the issue of the Russian sociologist, Maxim Shugaley, Russia has attempted to negotiate with Usama Al-Juwaili to reach a solution for the release of the Russian detainees, but Al-Juwaili definitely refused and evaded responsibility, and even said that he was far from solving the issues. These words made Russia launch an online campaign against him and make his chances of winning too weak.

Then Russia started approaching the head of the snake little by little, so it decided to contact Abdul Rauf Kara, the leader of the RADA militia and the horrifying Mitiga prison in Tripoli. Discussions and negotiations progressed quickly at first, and Kara tried to do something to revive the issue of the Russian detainees, but negotiations reached a dead end.

Another man the Russian bear sought refuge in was Mustafa Kaddour, the leader of the Nawasi militia, who also tried in turn to reach a solution that would satisfy both parties and return the Russian citizens to their homes. Mustafa Kaddour’s intentions were somewhat sincere, as the man came to Russia at the end of last year and met with high-level figures in the Russian government.

The Speaker of the House of Representatives, Aguila Saleh, was very popular in Libya, and even in many Arab countries such as Egypt, Tunisia and Algeria, due to the many tours he made to these countries. Aquila Saleh is a person who cannot be trusted to a large extent, as the man appeared in the beginning to be a  respected politician and a diplomatic figure, he also stated repeatedly that Tripoli should be cleansed of militias and criminals, that Turkish intervention is considered an occupation of Libya, and that it cannot be accepted in any way. All these slogans made Russia turn its attention to him, hoping that the man would have good intentions and the ability to make an effort to solve the Russian sociologists’ dilemma. Russia met with him in November of last year and asked him not to put a hand on Bashagha’s and his followers if he wanted to get away from the circle of corruption. After that, Aguila turned into a chameleon, ignored everything that had been agreed upon and did not offer any hand to help in the Shugaley case. Rather, every time Russia invited him to visit Moscow, he would postpone the visit repeatedly, until the contacts were cut off and Russia was fed up with him and later started its online campaign against him. The man was actually involved in corruption and embezzlement of public funds, which made it easier for Russia to make his reputation take a strong hit.

The last round of the Libyan Dialogue Forum ended in Geneva, Switzerland, where Abd al-Hamid Muhammad Dabaiba was unexpectedly elected on Friday as prime minister for the transitional period in Libya, by the participants of the dialogue between the Libyan factions in Switzerland under the auspices of the United Nations.

The loss of both Bashagha and Aguila and their followers came as a surprise to all Libyans, as it was, however, expected for everyone who carefully followed the Libyan file and its “mysteries”. The campaign launched by Russia on all fronts bore fruit and destroyed all efforts of Bashagha and Aguila Saleh and their followers to reach or even approach the final lists for voting.

In spite of the slogans of illusion and false democracy that the duo launched prior to the vote, their efforts were not crowned with success. Al-Mashri, Bashagha and Aguila Saleh suffered a terrible defeat in favor of names that were not known even to the Libyans. Aguila Saleh, talking about his political hypocrisy, came out several hours before the final vote and stated that he had not run for the presidency and that some “patriots” had nominated him. Russia abandoned Aguila, Bashagha and Al-Mishri, who tried to blackmail Moscow, after which the Russians launched their massive campaign against corruption heads and exposed them in a “cinematic” way through the ‘Shugaley’ movie. Playing with Russia has always been a bad idea, especially politically, not to mention the kidnapping and torture of one of its citizens.