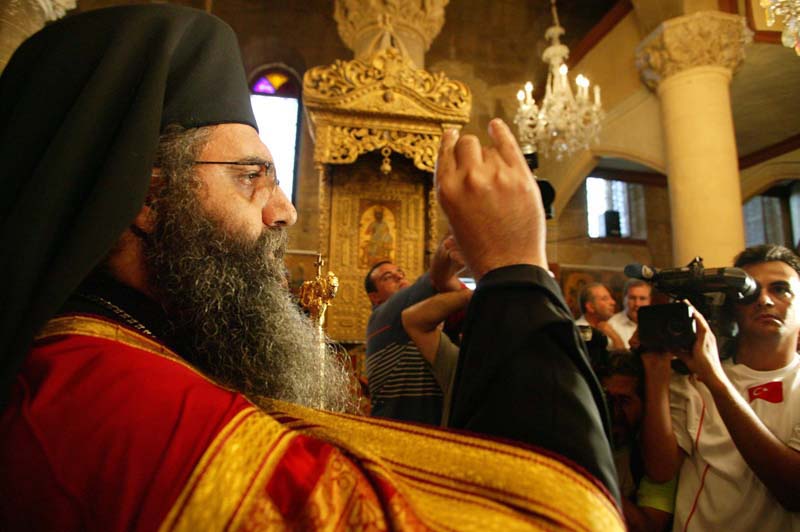 When in 2019 one of our country’s most infamous bishops publicly claimed that gay men have a “particular odour” and that future mothers who “indulge” in anal sex are responsible for creating homosexuals, I was pleased to witness overwhelming societal and governmental condemnation of such baffling comments. Although the cleric (who should consider taking a biology course or two), faced a hate speech inquiry shortly after his scandalous homophobic and misogynistic remarks, nothing has changed; the Greek Orthodox Church is still providing him with both a physical and digital platform to propagate his toxic agenda, the government has simply moved on, and so have we.

The lack of progress has also been evident in the bigoted way people have responded more recently to the first scene of kissing between two men on Cypriot television (on February 16 on the show The Mystery of the Butterfly); the insults did not astound me due to their uniqueness, but with their blatant disregard for a whole community’s dignity, rights and safety. Many vociferously claimed that tolerance for such an “unnatural act” is unjustifiable and it was disgraceful to flaunt it on television; as a country we bleach our hair, inject our faces with Botox, down Viagra pills and cover ourselves in makeup – “unnatural” is a true concern of our citizens indeed!

One commentator more eloquently expressed his repulsion for same-sex romance in response to an article post reviewing the “controversial” scene, simply with two vomiting emojis. Unfortunately, the only emetic element in the commentary was his desperate attempt to somehow portray himself as a macho man, by belittling a systematically oppressed community. Another suggested how humiliating it was for the parents of the actors who must have been “so proud when they realised, they were having boys until they saw this…”, without realising the detrimental impact of publicly proclaiming such sentiments, which will be read by hundreds of gay men and boys who are already too fearful of discussing their sexual orientation with their families. Your words matter.

The Narrow-Minded Award, however, must go to the aggressively ignorant reviewer who insisted that “they can do whatever they want behind closed doors”, but did not understand “why they have to rub it in”, especially since “it is dangerous” because her “children are watching”. Although someone like Bishop Neophytos of Morphou would assert that children exposed to homosexual kissing scenes are more likely to become gay, malodourous crooks, your homophobic remarks masked as the plea of a concerned parent are both factually incorrect and gravely deleterious.

Reports show that up to 50 per cent of LGBTQ youth will attempt or consider suicide in their lives because of the rejection, harassment and bullying they face. Do we want to be a contributing factor in these statistics, this suffering? Those fortunate enough to grow up in accepting homes and welcoming communities report greatly lower instances of suicide attempts. We cannot pretend to be the most welcoming island in the Mediterranean, while that alleged hospitality is not extended to our own. So, next time you pull the trigger and call someone a ‘poustis’ – on or offline – remember you have just exposed someone to unnecessary cruelty. Your words matter.