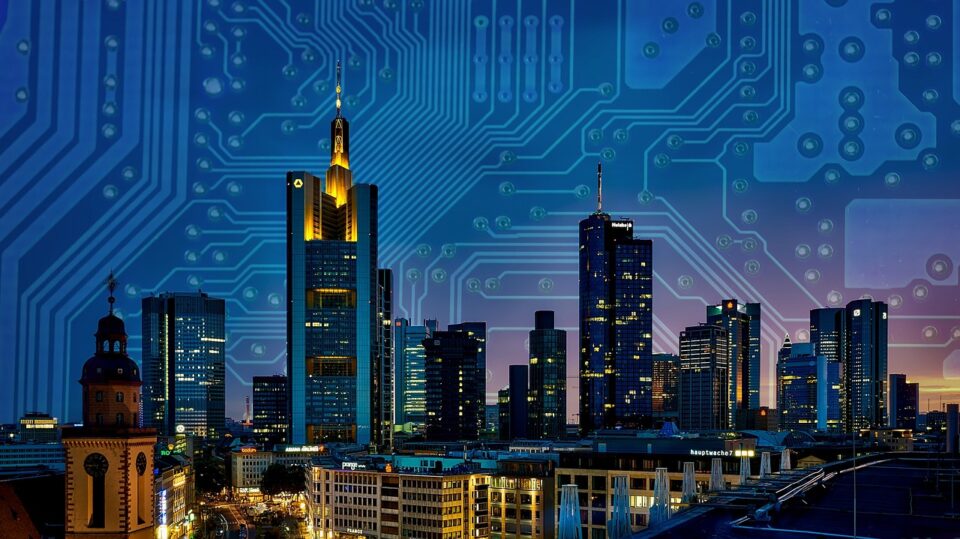 Cyta CEO Andreas Neocleous in a recent interview with the Cyprus Mail raised an interesting point regarding the implementation of 5G and the resulting facilitation of advanced technology solutions on the island. Neocleous explained that while the telecommunications infrastructure will be there to support and enable the use of certain technologies in a variety of applications, this would not be enough for their successful implementation and long-term use.

“We still have to enhance the existing transportation infrastructure, parking infrastructure, re-invent city plans, as well as put in place related legislation and updated Highway Code,” he said in reference to the rising popularity and availability of vehicles with automated driving features. “These are not simple things, they require a strategic shift in policies and regulation,” Neocleous added. Indeed, the need for a more holistic and considered approach is key for Cyprus in a wide array of fields but technology offers the most gleaming example.

On February 2, Paphos mayor Phedonas Phedonos announced plans which aim to modernise the city and its administration through the use of a Geographic Information System (GIS). Think of GIS as a multi-dimensional, integrated tool for analysis and insight. It correlates data on multiple levels, allowing its users to manage and analyse that data for them to make the most informed decisions at any given moment. Moreover, it can allow organisations to monitor changes, observe trends and create forecasting reports which can in turn allow for better preparation or the application of corrective measures.

For Paphos council the GIS system will ultimately be able to combine data provided by all public utility networks. This includes their own internal maps. In essence, if a new development project is under consideration, the council will be able to see how this affects or is affected by the water board, the electricity authority and the Department of Town Planning and Housing. Moreover, this can then in turn be combined with data relating to traffic, emissions, noise pollution, and more.

Since then, Nicosia has also announced its own plans for the implementation of Smart City features. However, the Cypriot capital has gone one step ahead, stating that it will become ‘the first smart city on the island’. In truth, Nicosia’s plans are much more expansive in scope than Paphos’, at least for the time being. The smart city plans for Nicosia include a fibre optic network, a wireless network, information points, mobility solutions digital signage, and smart LED lighting.

However, one of the most intriguing parts of the project involves the installation of a number of sensors related to atmospheric pollution (measuring dust, temperature and air quality), the creation of a smart waste system, and a smart parking system. But while the data and its subsequent analysis will produce certain findings the crux of the matter is how those findings are acted upon.

Cyprus has already suffered from its non-adherence to European Union-mandated climate change-related emissions targets. So while the council ascertains that the smart parking system will reduce emissions by decreasing traffic, any reduction in emissions would sadly not be enough to neither tangibly improve air quality nor bring down our cumulative emissions to the desired levels.

Cyprus taking its first Smart City steps at a later point than other cities elsewhere in the world is not necessarily a drawback. Being late to the party allows local administrations and governments to better scan the field and implement solutions that have been tried and tested elsewhere without having to suffer the teething problems of emerging technologies.

South Korea, one of the leading countries in terms of Smart City implementation, started a smart mobility system in Seoul all the way back in 2003. This system was a response to the decreasing use of public buses and the shift of Korean drivers to personal vehicles, a problem faced by Cyprus today. The system integrated GPS and the city’s bus management system to create a fluid public transport system which diverted buses to the route they were needed to the most at any given time during the day.

In Estonia, one of the most digitised countries in the European Union, smart city features have been implemented in the capital Tallinn. Beyond the availability of WiFi everywhere in the city, the Estonian government has also made a lot of data open to the public. Beyond the benefits of increased transparency in government, open data also fosters innovation by inadvertently inviting private citizens, organisations and businesses to create smart solutions utilizing the open data made available. This also helps governments decrease costs by not taking the full brunt of the development and also speeds up sector-specific innovation through competition and simultaneous development.

In Japan, Toyota recently began work on its Woven City project, designed to be integrated from day one, rather than gradually implementing smart features into a pre-existing city or urban area. It will have three different but interconnected street types, one for automated vehicles, one for pedestrians and one for people using personal mobility vehicles. Moreover, the city will include wooden houses partly constructed by robots, and it will use a combination of solar energy, geothermal energy and hydrogen fuel cells. “We will take on the challenge of creating a future where people of diverse backgrounds are able to live happily,” said Toyota president Akio Toyoda.

Of course, the implementation of 5G and smart city features are not without issues that need to be accounted for in the government’s planning and should always be firmly addressed in any communications strategies going forward. These primarily concern the ethical issue of privacy. Private citizens will invariably welcome any schemes if they make their lives better, but will also need to be convinced that any technology solutions implemented will not be used maliciously.

Two key factors the government needs to stay abreast of and incorporate in their planning includes the way to categorise and prioritise data (people are willing to share some information more readily than other pieces of information) and the purpose for which the data collection is taking place. As Dutch researcher Liesbet van Zoonen stated: “the contrast between service and surveillance purposes [is] most paramount”.