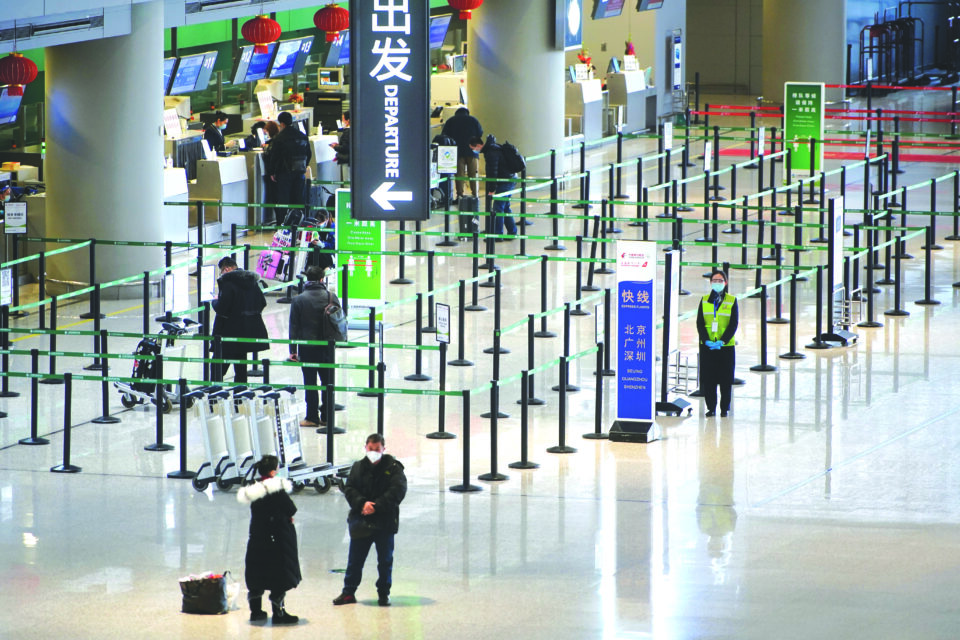 A few cities, such as the capital, Beijing, Shanghai and the port city of Qingdao require the checks, in addition to nasal or throat swab tests, for some international arrivals, state media say.

The Chinese Center for Disease Control says the test is performed with a sterile cotton swab, which looks like a very long ear bud, that is inserted 3 cm to 5 cm (1.2 inches to 2 inches) into the anus before being gently rotated out.

Such tests can ensure infections are spotted, since coronavirus traces can be detectable in the anus for longer than in the respiratory tract, some Chinese doctors told state media.

But a positive result does not necessarily mean the person tested can spread the virus, as inactive traces unable to replicate or infect others can also show positive, Jin Dongyan, a virology professor at the University of Hong Kong, told Reuters.

While the virus does shed for a longer time in the stool than in nasal samples, that has no clinical relevance as patients in that stage of recovery no longer pose infection risks, said an expert in Europe who spoke on condition of anonymity.

Early this week, Tokyo complained about the tests on some Japanese travellers to China, saying they had caused “great psychological pain”.

During China’s last major round of infections in January, some cities performed them on unspecified segments of the local population.

Travellers from regions where the virus is rampant or those who test positive on arrival also need to undergo such tests, according to the staffer.

Galicia, in northwest Spain, has performed them on some hospitalised patients, a few newborns and those with psychiatric illnesses for whom it was impossible to administer nasal swabs, its health department told Reuters.

Adventurous film star on a quest for experience

Spain players receive vaccines amid fears of side effects