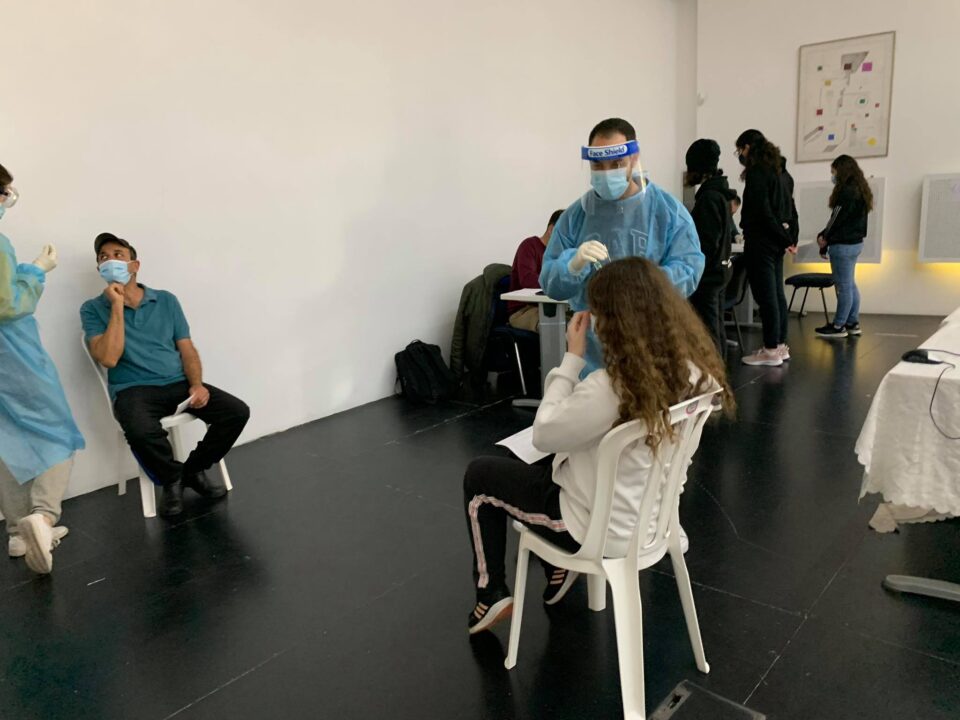 Mandatory rapid testing at schools does not affect children’s rights to privacy or education, children’s rights commissioner Despo Michaelidou said on Thursday in response to threats of legal action by angry parents opposed to the decree.

“The ministry’s decision, both from a legal perspective and applied against the convention for children’s rights, does not violate the rights of children to privacy and education to a degree of deprivation,” Michaelidou said.

Rapid testing at schools got underway in lyceums, technical schools and private schools on Thursday morning amid complaints from some parents, with 27 mobile testing units set up by the health ministry currently operating at schools.

According to the education ministry, tests for pupils aged 12 and older, teachers and other staff at schools will be carried out weekly.

A schedule has already been sent to the schools, along with the consent form which will be given to pupils to be signed by their parents or legal guardians.

The pupils will have to hand in the signed form in order to be tested.

Pupils who cannot present a test for any reason, including lack of consent from their parents, will not be able to attend in-person classes and will continue with distance learning.

However, according to news reports some schools have faced some “very hostile and threatening” behaviour from some parents opposed to the testing decree.

The commissioner’s office has been receiving endless phone calls from groups of parents opposed to the new measures, claiming they are violating children’s rights, the commissioner said.

But she responded that even though the measures are strict, they are not restrictive in the sense parents claim them to be, as “there is a condition of prior consent” to being tested.

“As long as children have the option to attend distance learning, their right to education Is not being infringed upon,” she added.

Organised parents’ groups on social media announced earlier on Thursday that they have sought legal advice and will be considering pursuing legal action, calling on the commissioner to act.

And in a written announcement, trade union Isotita (Unity) called on Michaelidou to intervene, identifying four areas they found problematic.

Firstly, they complained that parents are indirectly being forced to give their consent for their children under age 15 to get tested, as many cannot look after them if they continue with distance learning and might find themselves guilty of a criminal offence.

Indirectly forcing anyone to subject themselves to an invasive procedure such as a nasal test is “wrong and illegal,” and goes against human rights law pertaining to medical procedures, the union’s announcement continued.

In addition, the union complained about the disparity in quality between the in-person learning that children with negative tests will be entitled to, and distance learning for those whose parents do not consent to a test.

The issue of hybrid education was also raised by the head teachers’ association, who told Phileleftheros that many schools do not see it as a viable solution for all cases as it will complicate things like the way students are evaluated from home.

Lastly, the union expressed parents’ worries that the ministry might suggest that pupils without a test stay home without any form of teaching and instead receive absences.

As a result of these strong reactions, head teachers have asked the ministry of education to help schools handle incidents like pupils insisting they enter their classrooms without tests, or threats to principals if they ban children from entering schools.

The mobile units will conduct rapid tests on March 4 and 5 while testing will be repeated in the period from March 10 to 12. In the following week, from March 15 until 19, the gymnasiums will be included.

The commissioner’s office has been in touch with the relevant ministries to find out how the decision was made and whether epidemiologists were involved, the commissioner said, adding that it is worth considering less invasive testing methods for children, if they are indeed possible.

“So far we have only heard from organised groups and parents, but not from children,” she said. “I have arranged a meeting with the Group of Adolescent Counsellors, which will also be attended by [student group] Psem, to hear from the children themselves”.

“We all need to remember something that I think many protesting parents want to forget: the commissioner is not just protecting the rights of their children,” Michaelidou said.