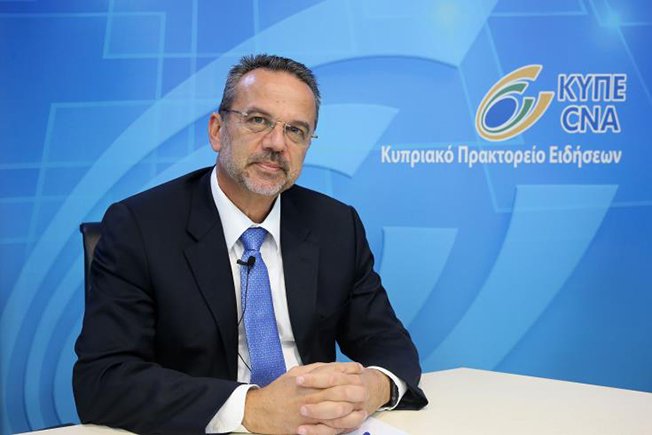 The government on Thursday launched the national digital contact tracing application – CovTracer – that alerts contacts of people who were found positive for the virus.

The app does not reveal the identity of the person found positive nor do authorities have access to the identity details of the contacts.

It also works in other EU countries that have their own similar apps, and users will be alerted in case they were close contacts of a person abroad who was found positive – if they are also using a similar app – even when they return to Cyprus.

Deputy Minister of Research, Innovation and Digital Policy, Kyriakos Kokkinos who presented the app, CovTracer – Exposure Notification (CovTracer-EN), said this was another tool in the effort of curbing covid through an app that alerts contacts of confirmed cases.

To receive those alerts, people need to download the app to their mobile phones. The use of the app is on a voluntary basis. People found positive get to decide if their contacts will be alerted. The app, Kokkinos said, is a way of letting people know in case they were close contacts of confirmed cases so that they can take measures.

“Digital contact tracing apps can help break the chain of coronavirus infections and save lives by complementing and supporting the tracing process” Kokkinos said.

CovTracer-EN uses the Bluetooth protocol and detects signals from the apps installed by other users that have been in proximity according to the definition of “close contact” in the health ministry’s protocol – being in proximity under two metres and for more than 15 minutes. The app is available in Greek, English, Turkish, Arabic, French, Russian and Urdu.

Confirmed cases of Covid-19 who downloaded the application, have the option to enter the diagnostic code provided by the health ministry’s epidemiological unit into the application and anonymously inform their potential contacts of the risk of infection. The application operates on a purely voluntary basis and preserves the user’s data privacy, Kokkinos said.

“Research has shown that even if just 15 per cent of the population downloads the app, infections can be reduced by 15 per cent and deaths by 11 per cent,” he added. In the UK, research shows that the NHS Covid app led to the prevention of 600,000 cases, Kokkinos said.

He added that the development of the CovTracer-EN application is part of a European initiative, which aims at the development and seamless cross-border interoperability of tracing applications developed at national level by member states. To this end, the European Federation Gateway Service has already been created, allowing the exchange of information between national databases and control of the virus transmission chain at pan-European level.

So far, 20 EU members have developed their own app with an average 21 per cent of the bloc’s population already using it. Finland ranks first, with 56 per cent of its population using the app followed by Ireland (49 per cent) and Denmark (37 per cent).

“We urge all people to download the app and actively contribute to the efforts made at national and European level to limit the spread of Covid-19 and protect our society.”

According to the health minister, “proceeding with a gradual lifting of restrictions, there is an imminent need to continue to focus on the tracing process”. “This app is becoming an integral part of the national action plan against the pandemic. We are proceeding with the necessary adjustments to ensure its seamless integration into the wider effort to control the spread of the virus”.

The app was developed by the CYENS (formerly RISE) and KIOS centres of excellence, under the supervision of the deputy ministry of research, innovation and digital policy in cooperation with the ministry of health and the National eHealth Authority.

The application is available in both Google Play Store and Apple App Store.