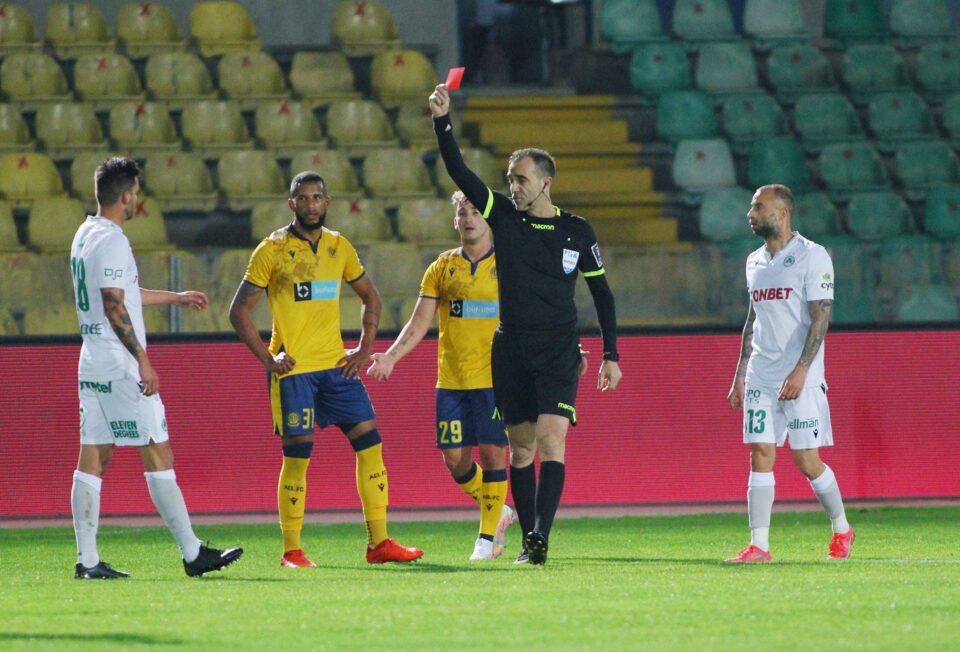 It all started on Friday night, March 12, when Apollon defeated AEK away in Larnaca with a final score of 0-2. While this win did not result in Apollon moving up the table, it did bring the Limassol club level on points with second-placed AEL and one point off table leaders Omonia.

This meant that virtually any outcome in the game between the aforementioned sides would be beneficial to Apollon, although Omonia’s one-point lead meant that they had a little less pressure than AEL since they could get away with a draw and remain in first place.

Added on top of this is the fact that AEL also had to defend an unbeaten home record, with the club not having lost in Limassol throughout the entire season, a point of pride for manager Dusan Kerkez and his players and one of the foundational elements in what has been an unexpectedly competitive season from AEL.

This all came to an end on Saturday, when Omonia snatched an incredibly important away win to go four points clear at the top.

AEL actually had a great start to the game, taking the lead in just the third minute through an exquisite André Teixeira goal after the centre-back had stayed high up the pitch after a set-piece scenario a few seconds earlier.

Omonia grew into the game, however, and did not need a huge amount of time to mount a reaction. The visitors equalised in the 24th minute after Loizos Loizou scored with a neat, low shot to the bottom right-hand corner from the edge of goalkeeper Vozinha’s penalty area.

Then came the first moment of controversy. In the 42nd minute, Danilo Campos cleared an aerial ball virtually off the line and away from an onrushing Omonia player with what appeared to be his hands. Three minutes of VAR deliberation confirmed the penalty kick, which forward Marko Scepovic duly converted in the 46th minute to turn the game on its head with an entire second half still left on the clock.

The second moment came in the 84th minute and paved the way for what would follow later. Loizou was carrying the ball down the right wing during an Omonia counter-attack when the recovering Bruno Santos pulled him back for what would have been a routine yellow card after a tactical foul. However, Santos then proceeded to stamp on Loizou’s chest after the latter fell to the turf back-first. The referee handed out a yellow card for the original foul but the second phase of the incident was neither addressed by the referee nor checked by VAR.

The game truly spiralled out of control in the 92nd minute. A late but sustained AEL attack contained a moment where Danilo somewhat theatrically and quite belatedly fell to the ground asking for a penalty. This resulted in a melee between players from both sides and a personal scuffle between Michal Duris and former Schalke player Donis Avdijaj. Both players received a red card for their behaviour.

Dusan Kerkez refused to provide a short comment to the broadcasters upon the final whistle. Omonia manager Henning Berg’s first comment meanwhile was that his team had shown “quality and a winning mentality”.

In the press conference, Kerkez initially tried to avoid comments on the officiating but ultimately relented.

“I heard Berg say that our goal involved a foul on Ernest Asante. If we go down that path then was there not a foul on Torres during their own first goal?,” said Kerkez

“It was a strong match with a lot of fouls. We can also question whether we should have had more fouls and Omonia more yellow cards. Managers should not be talking about referees. Mr Berg always speaks in strong terms and this is not right,” Kerkez added before congratulating the Omonia manager for his work at the Nicosia club.

Theodoros Antoniou, the AEL press officer, threw a major dig at Omonia chairman Stavros Papastavrou, saying that this would be a good time for the latter to “provide an explanation on the price menus he was talking about”, referring to the time Papastavrou talked about corruption in Cypriot football.

Since the day of the match, the two clubs have released a number of public statements, with AEL releasing a press statement on the night of the game and following it up with a second statement on Sunday after Omonia had released their own statement.

“Papastavrou was boasting that he wanted a clean championship which could have been enjoyed by everyone but the result a year later is vastly different, since he is now enjoying every referee’s favour,” said AEL in their second statement.

“Over the past few hours, we are witnessing a desperate effort from AEL to distort reality and create fantastical situations,” said Omonia in their own statement.

“We had no intention of commenting publicly, but the unjustified and baseless stance from AEL has gotten out of hand beyond our tolerance’s limits,” Omonia’s statement added.

The Omonia statement proceeded to add 14 moments from the game where they feel like that referee favoured AEL and provided an explanation as to why that is the case for each point.

Unthinkable? EU considers getting a vaccine boost from Russia’s Sputnik

Another Round questions drinking culture