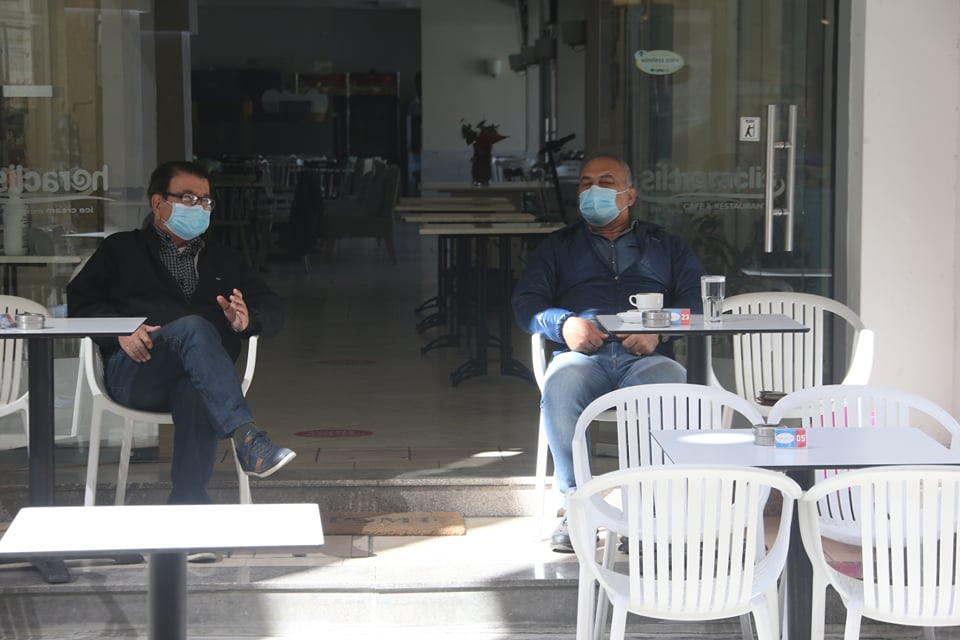 By Jonathan Shkurko and Nick Theodoulou

The health ministry rolled back controversial requirements imposed on restaurants, bars and cafés on Tuesday after business owners expressed dismay and some measures were ridiculed by the public.

The measures – only introduced earlier in the day – mainly included having to wear masks between bites and a ban on music that would incite people to dance even at their own table – measures which were decried as illogical, unworkable and were later reversed by the ministry.

“There have been corrections to the measures, the philosophy of the protocols has not changed but after a long conversation with the health ministry we have jointly arrived at the correct conclusions,” General Secretary of the Pancyprian Association of Owners of Recreation Centres (Pasika) Fanos Leventis told the Cyprus Mail on Tuesday evening.

Masks at such businesses are now only required when entering, exiting and moving throughout the premises (such as leaving one’s table to go to the bathroom) – meaning that masks are no longer necessary while sitting at a table.

“This makes sense as people are going to restaurants with their friends and family with whom they are permitted to socialise with at their own homes without such protocols,” Leventis said.

The ban on music “that encourages customers to dance” was also scrapped but dancing itself remains forbidden and customers must still be seated at all times.

“The other issue which led to a lot of confusion was that of music, with some saying that certain types of music would be prohibited but music is a personal choice,” Leventis said.

“The reasoning behind that measure was clear, they didn’t want people getting up and dancing and that still applies.”

Diners who will “stand and shake around the table” were to be considered in violation of the new measures, according to the protocol prior to its update.

Music was to be allowed only if kept at a low volume but this restriction was later scrapped.

The measure was widely seen as unenforceable.

A police officer would likely have had to decide as to whether a certain type of music may have enticed people to dance, or if it was deemed too loud.

As restaurants reopened on Tuesday with the relaxation of Covid restrictions, many business owners voiced concerns regarding the strictness of some of the original rules, branding some of them downright silly.

Several restaurants have already registered cancellations to their bookings because of the then stricter protocols, according to the head of the Pasika branch in Limassol Kypros Kyprianou, who spoke prior to the health ministry’s reversals.

“The new protocol is a deliberate attempt to sabotage the reopening of restaurants,” he told the Cyprus News Agency.

“The situation is unacceptable, the government issued new rules at the last minute, which gravely affect the restaurants’ operations and effectively prevents them from reopening.

“They have imposed new conditions so restrictive that it will be impossible for them to work. Businesses were feverishly preparing to reopen their doors to customers when the government issued new rules just to catch them unprepared,” Kyprianou said.

The protocol limits the number of people at the same table to eight, including children. The outside dining areas of restaurants, the only ones allowed to operate, will be closed to the public at 10.45pm in order to encourage customers to leave before the new curfew time, now set at 11pm.

The updated decree also clarified the outdoor areas of such businesses as those which ensure proper and adequate ventilation of the area, if at least two sides are open (it was previously three) and are in no way considered to be a closed space.

Earlier on Tuesday, Leventis called on the government to allow an additional outing through the 8998 SMS service in place, raising them from two to three per day, and to extend the curfew time to 12pm from 11pm, in order to allow customers to enjoy their dinners without feeling pressured to leave.

Before the protocol changed Pasika had said it was considering the possibility of suggesting its members not to reopen for the time being.

The statement also slammed the decision to ban the operation of buffets. “Buffets are no different from supermarkets, where customers queue up and where there is no table service, so we don’t understand why they are not allowed to operate normally,” said Pasika.

The General Director of the Employers and Industrialists Federation (Oev) Michalis Antoniou also questioned whether restaurants would choose to reopen in response to the new rules.

“Some businesses will prefer not to reopen on Tuesday and see how things develop in the coming days,” he told news channel Astra.

“I just want to make it clear that restaurant owners have a sense of responsibility too and they do not want to spread the virus. But I’m also convinced that restaurants can operate responsibly.”

Redevelopment of Lady’s Mile to be completed in 2023