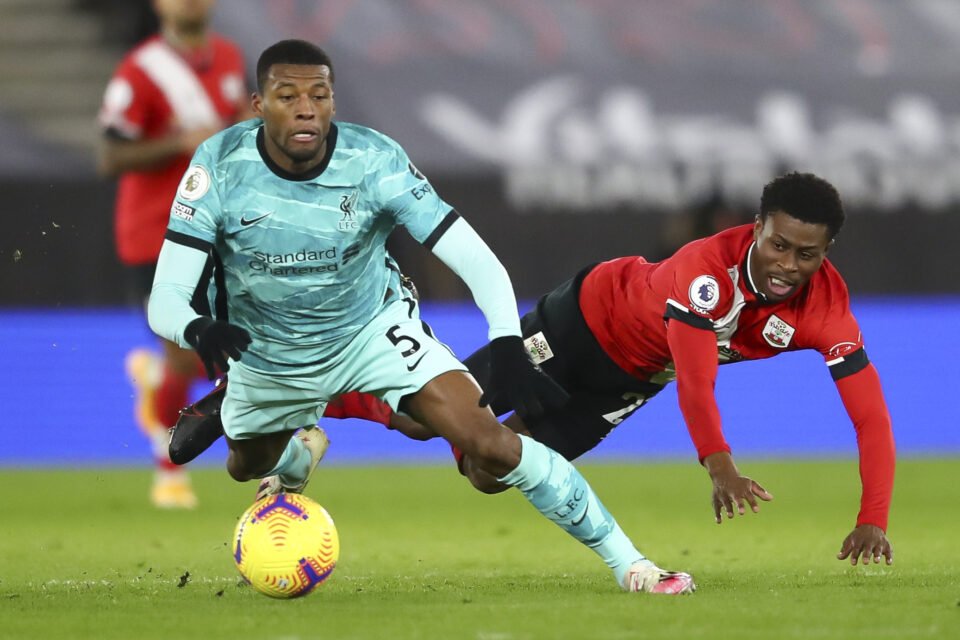 Former Liverpool midfielder Jamie Redknapp believes Georginio Wijnaldum is not irreplaceable and the club are fully justified in the stance they have taken over his contract.

The Holland international’s current deal expires this summer and there currently appears no likelihood of an extension despite the player saying last month he would be “devastated” if he left.

Wijnaldum, who is 31 in November, is Liverpool’s most consistent and most reliable midfielder – only left-back Andy Robertson has played more Premier League minutes for the club this season – but Redknapp does not believe that means owners Fenway Sports Group should change their approach to funding big contracts for players over 30.

“They do run the club in a stats-based way and you have to trust what they are doing here,” he told the PA news agency.

“I understand what they are trying to do, they are not just going to throw money away and give players long contracts.

“That is their model and it has worked so well for them so you have to believe in what they are trying to do. You also can’t be held to ransom by players.

“Wijnaldum has been a brilliant signing for Liverpool: his energy levels are fantastic but they have a feeling that, long-term, giving a player that much money until he is 33 or 34… they don’t want to do it.

“I am sure Jurgen Klopp won’t want to lose him as you can’t deny he is a fantastic player but he is not irreplaceable, you can find players like him, and Liverpool will be in the market trying to find the next Wijnaldum.

“Time will tell whether it is the right decision but I do understand what Liverpool are trying to do.”

Klopp’s side return to action against Arsenal on Saturday and need to build some momentum following the win against Wolves before the international break.

A top-four finish still looks difficult as they are currently seventh, five points behind Chelsea in the last qualification spot, although another route is still open as they face Real Madrid next week in the quarter-finals of the Champions League.

However, Redknapp insists it is not impossible for Liverpool to qualify via the Premier League.

“Of course they can make the top four but I think they have to find some rhythm and confidence,” added the former Reds midfielder, speaking at the launch of the McDonald’s Fun Football programme which is looking to provide one million hours of free football sessions for children aged between five and 11 in 2021.

“I think Liverpool are outsiders but they certainly can get in the top four because this is the period when you need a run of form and anyone can find it.

“Chelsea are on a great run now but it only takes or two games to destabilise that and everything can change.

“Anything can happen, I think Leicester last year proved that. They were in brilliant form, bankers for the top four, lockdown came and they completely went.”