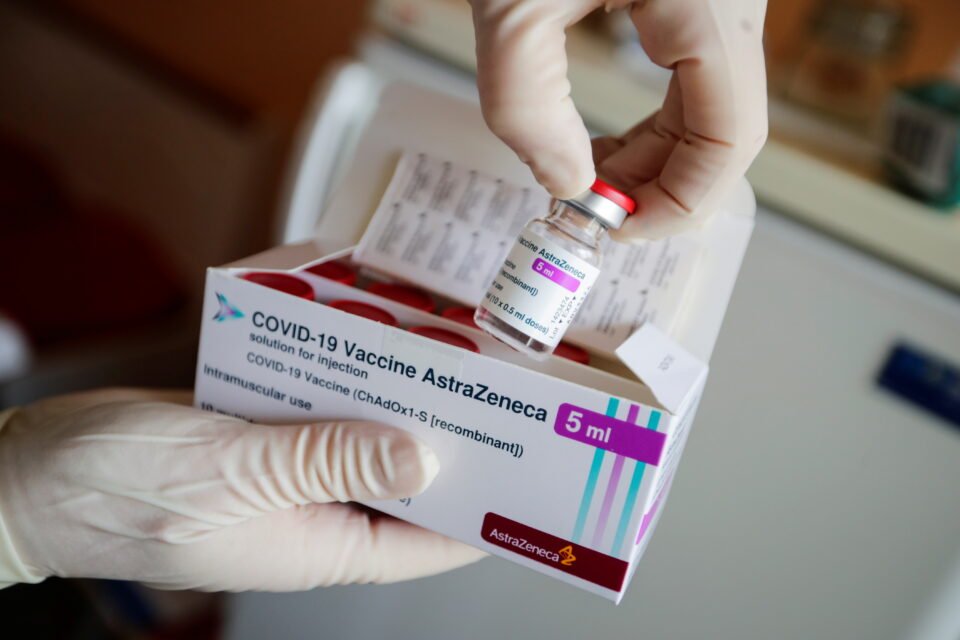 To date two persons in Cyprus receiving vaccines for Covid have developed blood clots, neither fatal, an official said Thursday as the head of the scientific advisory team reiterated that the risk of adverse effects from the AstraZeneca jab is extremely low.

Speaking to the CyBC, acting director of the Pharmaceutical Services Helena Panayiotopoulou said the two incidents of thrombosis occurred in two people, both with underlying conditions.

One of the vaccines in question was AstraZeneca.

Of the some 34 million doses of vaccines administered so far in Europe, Panayiotopoulou said, only 200 cases of blood clots were recorded.

Thrombosis symptoms presented 14 days after the first dose of AstraZeneca.

Regarding Cyprus, there have been 122 reports of adverse effects from Covid vaccines in general.

Panayiotopoulou said that if the European Medicines Agency (EMA) determined anything wrong with AstraZeneca it would have banned the product.

The official said that, depending on the uptake of AstraZeneca – and given the hesitancy – authorities may need to revise their vaccination rollout schedule. For the time being, nothing would change.

She said Cyprus should start receiving the Johnson & Johnson vaccine after April 16 once it begins being disseminated elsewhere in Europe.

Weighing in on the issue, Constantinos Tsioutis, head of the scientific advisory team on Covid, said he understood the public’s apprehension over the AstraZeneca jab as a result of confusing media reports.

“The benefits of vaccination are unquestionable,” he said. “People are justifiably hesitant, and they need constant and full information. The data require further and ongoing study. We must study the data and, if asked, we shall formally provide our recommendations on the matter.”

On his Twitter account, Tsioutis said the EMA has concluded that “it is possible there is a link between the vaccine with extremely rare incidence of specific types of thrombosis, which are logged as a potential adverse effect.”

He added: “The number of incidents recorded in relation to the number of people vaccinated globally is exceedingly low (1:100,000), with the majority of incident concerning women aged 40 to 59 years old.”

The EMA on Wednesday said it had found possible links to blood clots but reiterated that the benefits of the vaccines outweighed the risks and did not issue any new guidelines.

Following this announcement, the health ministry here announced that the national vaccination plan would continue with all available licensed vaccines, with the message that what matters is getting vaccinated, not which vaccine to get.

Protests break out after murder of kidnapped woman in Kyrgyzstan