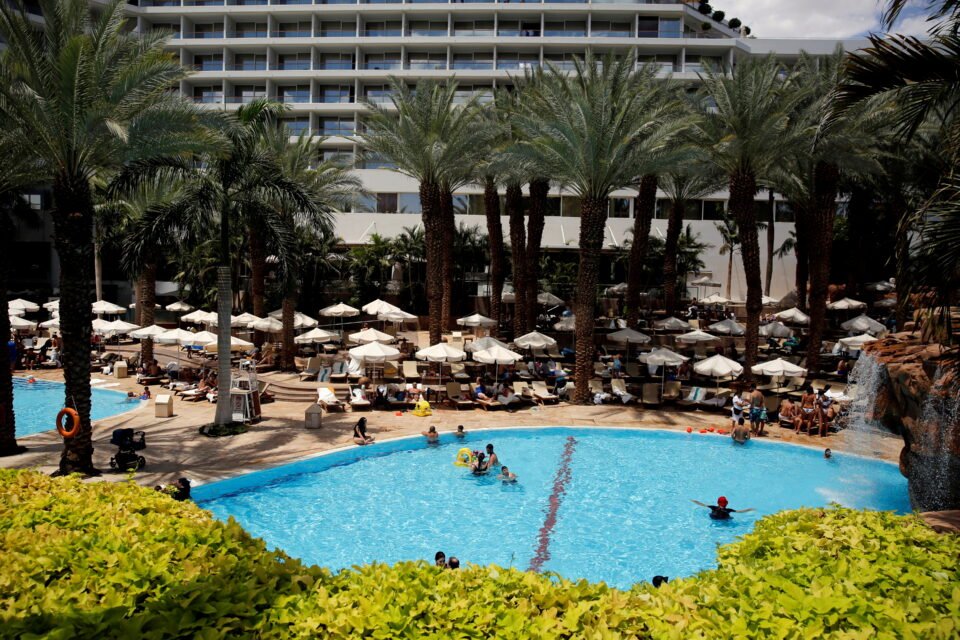 Israel‘s Tourism Ministry said on Tuesday it wanted to open up to vaccinated foreign tourists starting in May after a dramatic drop off in Israeli coronavirus infections, although the Health Ministry immediately suggested delaying the launch by a month.

The conflicting signals reflect competing pressures among ministers who want to offer a boost to the battered economy but also need to protect the country from virus variants abroad, after Israel‘s own speedy vaccination campaign.

Tourism Minister Orit Farkash-Hacohen said Israel would start admitting small numbers of vaccinated tourist groups from May 23, expanding the quota over several weeks and opening up to tourists travelling alone by July.

But the Health Ministry swiftly issued a statement recommending a delay until late June “in light of the prevalent morbidity situation globally and the discovery of new variants”, reflecting worries that variants might resist vaccines.

The tourism and health ministers are from rival parties in a broad coalition government. Such public differences over policy are not unusual amid Israel‘s fractious politics.

The Health Ministry also called for banning visitors from India and six other countries facing a surge in infections. The plans need approval by Prime Minister Benjamin Netanyahu’s cabinet.

The Tourism Ministry’s plan requires vaccinated tourists to show negative PCR tests before flying and TO undergo tests on arrival to prove they have COVID-19 antibodies. The antibody tests deliver rapid results and are expected to be available from next week.

Children under the age of 16, who are excluded from vaccination by health regulators in Israel and elsewhere, would not be allowed to enter even if accompanied by vaccinated adults, preventing families visiting together.

Israel, which has fully vaccinated more than half its population, is in talks with several countries to set up travel “corridors” through mutual recognition of vaccine certificates.

The tourism minister said Israel would particularly seek to attract visitors from Dubai, Britain and the United States, which all have advanced vaccination programmes.

Farkash-Hacohen said Israel would resume subsidies of 60 euros ($72) per person for airlines to encourage them to renew flights to Eilat, Israel‘s southern Red Sea resort.

Luscious lemon products to add to your skincare routine