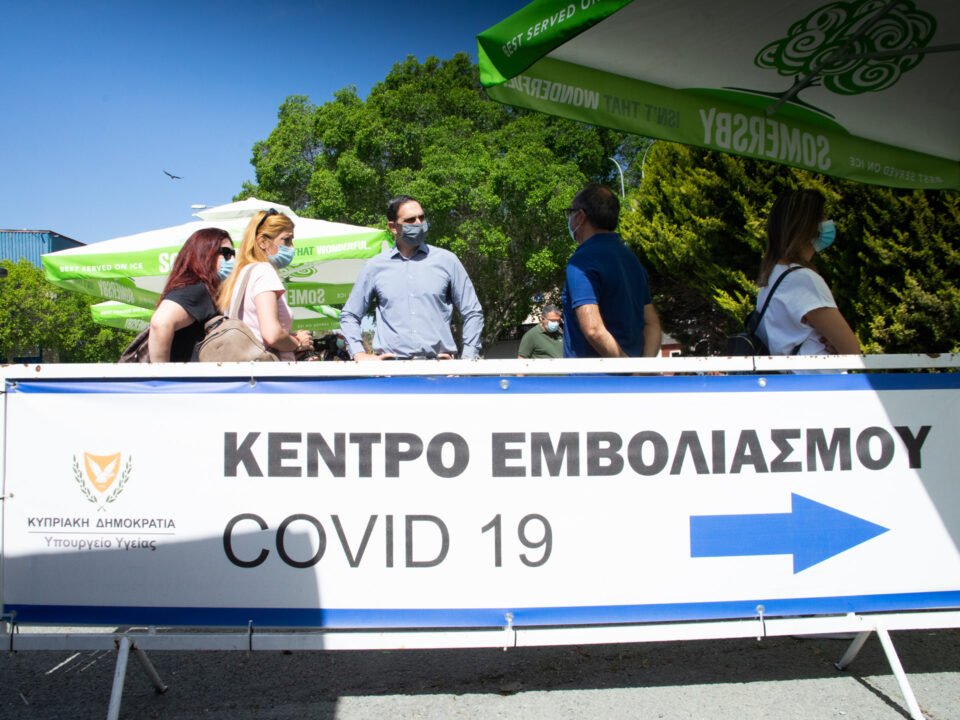 There are no thoughts on scrapping the SMS requirements for leaving the house once lockdown measures are set to be lifted on May 10, Health Minister Constantinos Ioannou said on Saturday.

Speaking to reporters after visiting the vaccination centre at the state fair in Nicosia, Ioannou said he was satisfied with the growing number of people getting vaccinated which is more than 218,000 people or 30 per cent of the population getting the first jab.

The minister reiterated that the only way to prevent the spread of the virus is through vaccines. “This is why we call on people to come and get vaccinated. It is proven that vaccines save lives and prevent serious illness.”

By the end of this lockdown on May 10, some 270,000 are expected to have received a dose, Ioannou told reporters.

Results are obvious in Cyprus too, as ages with a significant proportion of vaccination coverage have seen a drop in hospitalisations and positive cases, according to the minister. This concerns people over the age of 70, of which more than 80 per cent have been vaccinated. For the 60-69 age group, there is over 55 per cent coverage, Ioannou said.

Striking a positive note, he added there is an increase in supplies with more vaccines coming in on a weekly basis and an increase in the number of vaccinations that can take place on a daily basis.

“We can carry out up to 14,000 vaccinations daily,” the minister said. With some 200 GPs expressing interest in providing vaccines, they have already begun receiving quantities that they can begin to administer.

Asked if younger people are more responsive towards getting a jab, Ioannou said it was more or less the same across all age groups. A study carried out in December showed that a “significant portion of the population” wished to get vaccinated, he added.

“We hope for more responses of course. We see that some 50 to 60 per cent of ages that have access to the portal is responding at present and we hope this increases.”

Asked to comment on the death of a 37-year-old, the minister noted that new variants appear to be affecting younger people more. Herd immunity will be achieved when 60 to 70 per cent of the population has been vaccinated, he stipulated, and in Cyprus this is expected to take place by the end of June.

The majority of measures will be lifted when this is achieved through some measures will remain, Ioannou said, without delving into specifics.

Commenting on measures that will be in force after the lockdown ends on May 10, the minister said there were no thoughts on scrapping the SMS system and rapid tests will continue.