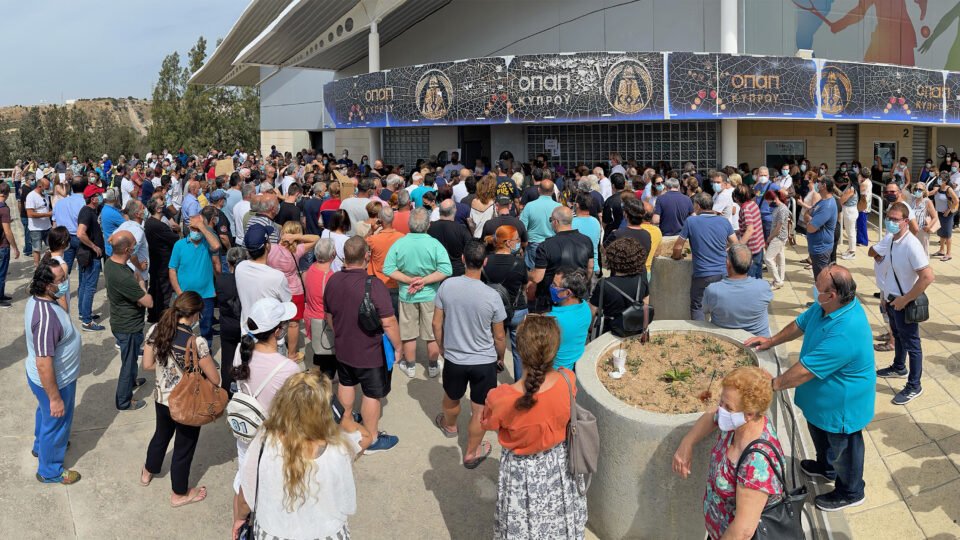 Overcrowding and delays at the Spyros Kyprianou vaccination centre in Limassol early on Tuesday was an isolated incident caused by vaccine transportation issues, said the health ministry.

Vaccinations at the specific centre started about an hour later instead of at 8am, with dozens of people gathering outside waiting for their appointment.

The delay, according to the ministry’s spokeswoman Margarita Kyriacou, was caused due to transportation difficulties of the vaccines inside the centre.

The official said that a large number of people arrived at the centre as early as 7.30am, while the commotion coupled with their vehicles parked in the parking blocked the entry points of the Spyros Kyprianou athletic centre.

However, no official information was given to those who had appointments at the centre regarding the delay, which resulted in even more people gathering outside throughout the morning.

People who visited the centre on Tuesday said their appointments were delayed by more than two hours and complained over the heat and lack of adequate waiting areas.

Health Minister Constantinos Ioannou posted a photo from the commotion at the athletic centre on his social media, saying that usually organisation at the vaccination centres nationwide is “exemplary”.

The incident in Limassol is an “exception, which tarnishes the very good work that is being done,” the minister added.

Ioannou said he communicated with the people in charge at the vaccination centre and gave the directions to prevent such incidents from happening in the future.

The deputy director of health services Evagoras Tambouris who was at the centre, told the media that two more pop-up outdoor tents will be put up to provide shade for those waiting to receive their vaccine.

The tents, provided by the national guard, are expected to be installed by the end of the day or early on Wednesday, Tambouris said.

People were urged to proceed to their appointments on time and not much earlier, to avoid commotion.